How many autogynephiliacs are there? 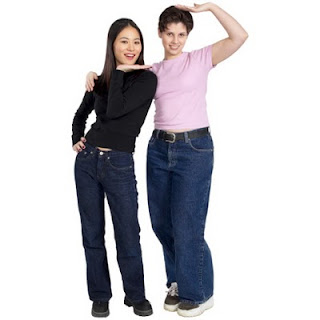 In the post How many male to female transsexuals are there? I pointed to Professor Lynn Conway's calculations on the number of M2F's transsexuals in the US.

Conway made an estimate of at least 40,000 postoperative trans women in the U.S. in 2005. These women had transitioned out of a population of roughly 100,000,000 adult males. She therefore concluded that the inherent condition occurs in at least one in every 500 children born as males.

But if you accept the idea that there are two distinct types of transsexuals, some of them predominantly androphilic (man-loving) and the other predominantly gynephilic (woman-loving), you are left with some interesting questions: How many woman-loving transsexuals are there? And: how many of these are autogynephiliacs (AGP) crossdreamers?

Before we try to answer that question, there are a few points to keep in mind:

1. Blanchard and his followers believe all gynephilic, bisexual and asexual transsexuals are crossdreamers ("autogynephilics" i.e. they get sexually turned on by the thought of being a woman).

Not all non-androphilic transsexuals agree that they are "autogynephilic". They could be in denial, of course. If being autogynephilic stops you from getting the much coveted surgery, it would make sense to shut up about it. Still, this is an uncertainty, for sure.

Personally I see no reason to believe that all gynephilic [woman-loving] male to female transwomen who ask for surgery lie when they say they have not had such fantasies.

2. If you do manage to establish how large percentage of the transsexuals are gynephilic, you do not necessarily find the same proportion in the non-op transsexual population, i.e. in the number of transsexuals who have not applied for surgery.

The fact is that we do not know, because the research only includes respondents who have applied for SRS.

Cloudy has put up some very interesting calculations over at her blog On the Science of Changing Sex. Using recent research, she argues that the percentage of autogynephilic transsexuals is 45 percent at the very least. Personally she believes it could be up to 80%.

In order to get to the higher figure, she does include respondents that  she believes may may lie about their condition. She includes those that report to be bisexual and asexual, and those who say they are androphilic but who have not had sex with men. She also includes people like me, autogynephiliacs who do not crossdress and who's sexuality has not been included in the questionnaires. In short: In the end the only transsexuals that are not considered to be autogynephiliacs are androphilic transsexuals who have had sex with men.

She argues well for why it is sensible to do so,  but I am not convinced that all of her methods are completely kosher. It is fair to correct for the fact that "crossdreamers" like me are not asked about their fantasies. But it is a problematic to assume that all the non-androphilic respondents are mistaken when they say that they have not experienced arousal of this kind. Some of them  may be lying to themselves and the observer. But if you let your theory decide what response is the correct one, you can prove anything.

Cloudy's response to this criticism is based on personal experience:

"You do bring up an important point, how do we know that there are isn’t a special type… a type that is as obviously feminine as the feminine androphilic type (the same kind of femininity) yet still potentially gynephilic? One that doesn’t have any autogynephilia? We can’t 'prove' that from the published data. But I have personally been on the quest to find one… just one… to offer a proof of existence. I’ve failed. Again, in 35 years of meeting literally hundreds (it may be over a thousand now) I have never met one that fills that criteria. Lack of evidence is not evidence of lack… yet, the chances of one existing are statistically vanishingly small. So, clinically, we can ignore such possibility until it is found."


Note that there are probably a significant number of gynephilic M2F transsexuals who would say that they have found a large number of transsexuals that fills that niche, so it all boils down to whom you believe.

How many AGPs are there?

In the end, however, this probably doesn't make much of a difference. As a minimum some two thirds of the woman-loving transsexuals report autogynephilic arousal. That alone means that a significant proportion of the people applying for sex reassignment surgery are autogynephiliacs.

Following the calculations of Conway, that would mean that at least one in a thousand Americans is an "AGP transsexual".

Note that the large majority of autogynephiliacs do not transition. The survey of crossdresser I referred to earlier indicates that only 17 percent would even consider a sex change operation. 9 percent were using or had been using hormones. At the most this would mean that 1 out of 10 crossdressers are doing something actively to change their sex.

Note that these crossdressers were members of crossdresser clubs. Most crossdreamers do not get organized. Many of do not even crossdress. Among the unorganized crossdreamers the propensity to change sex is probably even lower. That would mean that the crossdreamer percentage of the total population is much, much higher that 1/1000 or 1/500. It is probably as high as 1/100. If Cloudy is right about her 80% the number may even be higher than that.

This means that there could be between 1 and 2 million autogynephiliacs in the US alone. On a global scale 1 percent would equal 25 million men (2,5 billion adult men/100), and that is a conservative estimate. If this really is the case, autogynephilia becomes one of the largest cover-ups in human history!