What does "assigned gender at birth" mean?

I think the transgender community and its allies often take the word "assigned" for granted, rarely stopping to think about what it means or what it conveys to others.

This is a topic that I raised in a private conversation with Jack, and he was keen to see it shared with a wider audience.

Nuances differ between assigned gender and assigned sex, and there are shades of meaning within each. The everyday sense of the word is easiest to recognise when we are talking about (a) the way society allocates social roles and expectations based on our genitalia, or (b) the case of intersex people who were raised as boys or girls and even operated on for no reason other than society's intolerance of ambiguity. This is assignment in anyone's dictionary.

Other times, assigned sex or gender is used essentially as a euphemism for anatomical sex at birth, in contexts where neither society's social assumptions nor the possibility of intersex conditions are really under consideration, and where casual readers might be mislead to believe that we are denying the reality of anatomical sex beyond the act of assignment. Such usage is not wrong, but it should be cogniscent rather than reflexive.

Are cis women responsible for the murders of transgender women? 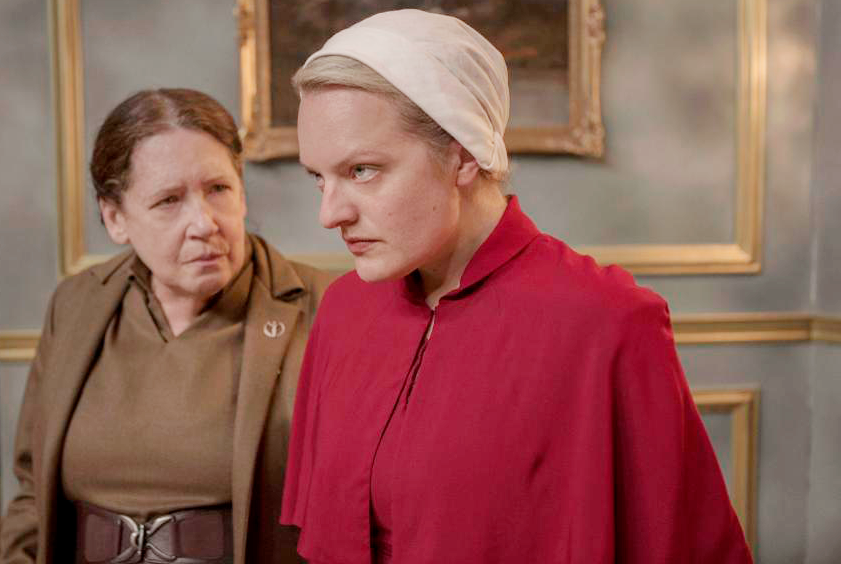 Some  trans-exclusionary "radical feminists" (TERFs) are getting really annoyed at me over at tumblr.

I believe the main reason is that I present the similarities between them and other transphobes in a clear away, and they hate to be put in the same box as right wing extremists and religious fundamentalists.

My comparison of apartheid bathroom segregation and the current TERF/extreme right attempts at banning trans women from women's spaces really got them going, as did a tumblr post I wrote on how TERFs  must share some of the blame for current violence against transgender women.

This is probably why I was asked this strange question: "how is it women's fault that men kill trans women?".

This is most likely a TERF trying to bait me. She wants get  me to write something outrageous that can be used in her fight against transgender people. And the fact that she even bother to ask such questions is a good thing. My blog is clearly making a difference.

Did I bite? But of course I did!

You can read my response regarding the murder of trans women and the role of TERFs and other "Aunt Lydias" over at Trans Express!

The photo is from the TV series The Handmaid's Tale. The woman to the left is Aunt Lydia, the matriarch that is doing all she can to support the misogynistic tyranny of Gilead.

Posted by Jack Molay No comments:


In this guest post Jemimah writes about being non-binary and bigender and the fear of coming out to their family. Jemimah is assigned male at birth, but they may switch between a male and a female gender identity.

I was recently asked whether writing help me deal with my gender complications.  The answer is possibly.

A follow-up might be to ask about reading. I do a lot of reading; I am, for instance,  about to go and follow the Silk Road to China. But while the Chinese situation in Xinjiang is interesting,  it is not directly relevant to the topic of this blog post.

I have read lots of books on transgender issues recently, though. One book in particular did provide some relief. It was Trans Britain: Our Journey from the Shadows, a collection of essays arranged by Christine Burns. 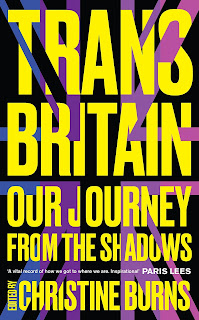 It is a complete history of all modern activities in the non-straight world in Britain and has, for instance,  some surprisingly encouraging accounts of straight politicians helping the LGBT community.

The book probably caught my eye because included in it is an essay on non-binary identity, by Meg-John Barker, Ben Vincent and Jos Twist. Non-binary is, as they point out, the most common umbrella term for people who experience their gender as neither male nor female:

Their main focus is on the area somewhere in between male and female. This may be the more common condition. They think that about one in 250 identify themselves as other than male or female.

The non-binary identities they are discussing are not necessarily bigender in the sense that I, Rick/Ria [a 26 year old British bigender person] and the neuroscientists V.S. Ramachandran and L.K. Case understand it, though.  I believe myself to have, one at a time, a male and a female gender.