How to find love: The challenges facing crossdreamers and transgender people

There is someone for everyone, even if you are gender variant.

I have been communicating with a lot of male to female crossdreamers during the last nine years or so, and one of the major challenges facing many of them is extreme loneliness.

Many of them tell me they have few if any friends. The discussion that follows often leads us in direction of the topic of romance and sex.

There several reasons for why this becomes problematic:

Firstly, the are often confused about their own gender. As one young British crossdreamer recently told me: "I want to be a girl!"  And if that isn't possible, this person wants at least to dress up like one.

It is hard to go out and seek out a woman for love and companionship, if she expects you to play the role of the straight non-transgender man, and you dream about being the female partner.

The fact is that many of those who are safely anchored in their assigned gender, also fear condemnation and ridicule if they reveal their gender variance to a partner.

So crossdreamers are facing two problems:

1. To find someone to love

2. If they do find someone to love, they might lose them if they tell them about their transgender nature (and I am using the word transgender in its broad umbrella sense here, including all shades of gender variant).

This is especially a problem for male to female (MTF) crossdreamers who love women.

Email ThisBlogThis!Share to TwitterShare to FacebookShare to Pinterest
Labels: love

UPDATE: Crossdream Life is now back up!

Some of you will have noticed that the Crossdream Life forum has been inaccessible parts of today for some of the members. Lefora tells me that we may face some downtime the next few days.

"We have a profile server under maintenance, and your profile is on that sever. The boards are all up and fine, but if you're signed in with a profile that is on that server, you're going to experience some trouble.

The repairs are still running at the moment.

By the way, not sure if I have told you this, but we are moving to new servers, so it's probably going to be a bit of a bumpy road for the next days. After that, I've been promised that it will be paradise :) We'll be on brand new, very fast servers."

So please be patient. We will soon be back to normal!

UPDATE: If you get a error message, open an incognito window in your browser to read messages. Do not log in! 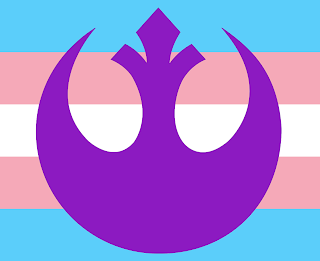 After a really bad week I am pulling myself together. I am not going to sit still and watch the transphobes ruin the lives of a new generation of gender variant people. Here's what I shared with my friends over at Crossdream Life today:

I normally avoid discussing politics in trans fora, and plan to continue to do so in the future. Being pro-trans or anti-trans is not really a right wing/left wing conflict.

In Europe you will find right wing governments that change laws in order to help trans people (which recently happened in th UK and Norway). In other word: Both liberals, socialists and conservatives are supporting LGBTQA rights.

However, today I feel that I need to speak out.

The backlash against tolerance and diversity is real and it is clearly associated with the recent nationalist upsurge in countries like Russia, Hungary, Poland, Turkey, Britain and now, the United States. And it seems to be spreading.

I know that quite a few of my crossdreamer friends have had some really, really, bad days since Tuesday, trying hard to cope with the fact that the next US president has allied himself with some of the most homophobic and transphobic people in the world. He might wave the LGBT flag, but when his vice president believes in conversion therapy, we know we are in for a rough patch.

I have already talked about the way this election triggered childhood memories of hazing and bullying in me. The attitude expressed by many Americans right now also remind me of the kind of culture I grew up in: Where any form of femininity or female identification in male assigned people was considered degrading.

Why we need a new narrative for transgender sexuality and crossdreaming

I have been reading Felix Conrad's new ebook on crossdreaming and sexology. Well written, interesting and provocative, as always. This post will not be so much a review of the book as a commentary on what it covers. We agree that we need a new narrative that makes sense of the sexuality of crossdreamers and other trans people.

Felix' main point in Quantum Desire: A Sexological Analysis of Crossdreaming is that we need a new sexology for crossdreaming and transgender thinking.

We need a new model, a new narrative, a new way of thinking about sexual desire and gender variance, because right now we are far too busy reacting to the belief systems of old:

You know, the ones that sort gender variant people into categories like "effeminate gay men" and "autogynephiliacs", "real trans women" and "fetishists", people "trapped in the wrong bodies" and "sexual perverts".

We are lacking a new synthesis

The fact that we are arguing against the old is inevitable. This is how human thought evolves. To use the vocabulary of Hegel: We start out with one way of looking at the world (thesis), which is then challenged by another (antithesis) until the world moves on to a third position (synthesis).

What we are lacking is the synthesis. Felix does not provide us with that new model in the book, or at least not fully, but he gives as a pretty good idea about where we have to go.

If I understand him correctly we have to get to the point where we discuss the sexuality and sexual desires of queer and gender variant people freely and openly. We have to get to a point where we are able to make those fantasies an integrated part of transgender identities of all kinds (and I use the word transgender here as an umbrella term for all types of gender variance here).

Right now sexual fantasies of the crossdreamer kind are considered invalidating not only for transsexual women and men -- who have transitioned or who want to do so -- but also for non-transitioning transgender people (including those genderqueer, crossdressing, drag  and more).


Click here to read the rest of this article!
Posted by Jack Molay 19 comments:

A Short History of the Roots of Transphobic Science

While preparing a comment on Felix Conrad's new book, Quantum Desire: A Sexological Analysis of Crossdreaming, I realized that many of the cultural problems facing queer and trans peope have roots in one particular way of looking at sex, sexuality and gender, a view that has been abandoned by most serious researchers and trans activists, but which nevertheless shapes the way we think about queer and gender variant people.

Here is a short and simplified summary of my interpretation of this history. For references and alternative interpretations, see the list of books included below!

We need to understand history

I believe that if we are to liberate ourselves from the prejudices of old science, we need to know how we got into this mess in the first place.

We need to understand that there is nothing given or self-evident about the way psychiatry and psychology has presented crossdreamers and other queer and transgender people.  I believe historical studies can make us wiser in this respect.

It seems to me that the most important historical change causing the stigmatization of trans people is rooted in new ideas about womanhood that arose in the late 19th century.

At the time, the men of power basically decided that real women, decent women, civilized women, were weak and intellectually inferior, with little or no libido.

Strong sexual desire was a masculine thing, something that drove real men to conquering passive women and prove themselves in the field of battle.

The women  therefore had to be kept in their homes with their children, protected by good men from lecherous men.

For a humorous look at the Victorian ideas about female sexuality I recommend the British comedy Hysteria from 2011.