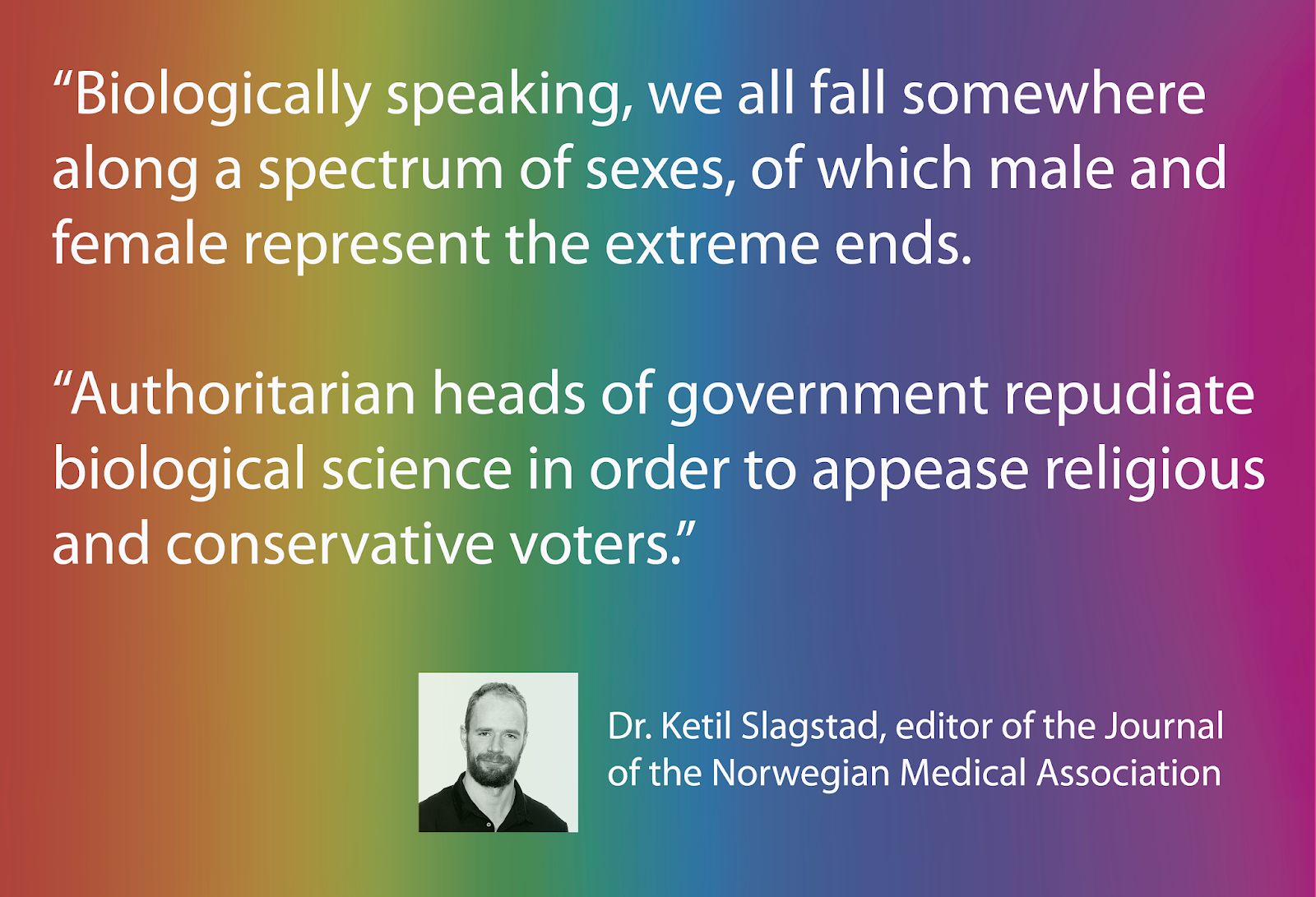 Dr. Ketil Slagstad, the editor of the leading Norwegian medical journal – The Journal of the Norwegian Medical Association – gives a good summary of current research on sex and gender in the latest edition.

“Biologically speaking, we all fall somewhere along a spectrum of sexes, of which male and female represent the extreme ends,” he writes and gives succinct summary of the current research front.

“...an increasing amount of knowledge is available with regard to the biological complexity of sex, and proof that the binary sex model finds no support in biology.”

He strongly criticizes  the current attacks against intersex and transgender people:

"The pattern is one of ageing, authoritarian, heterosexual men discriminating against minorities in a wish to appease their voters. There is no room in their world view for the human complexity that actually characterises the societies they are elected to govern; but the ideas of purity that are partly rooted in national conservatism and partly in religious fundamentalism are not echoed by science.“


Indeed, the current backlash against transgender people is partly caused by cynical politicians and religious leaders who are using people's fear of the unknown to forward their own interests.