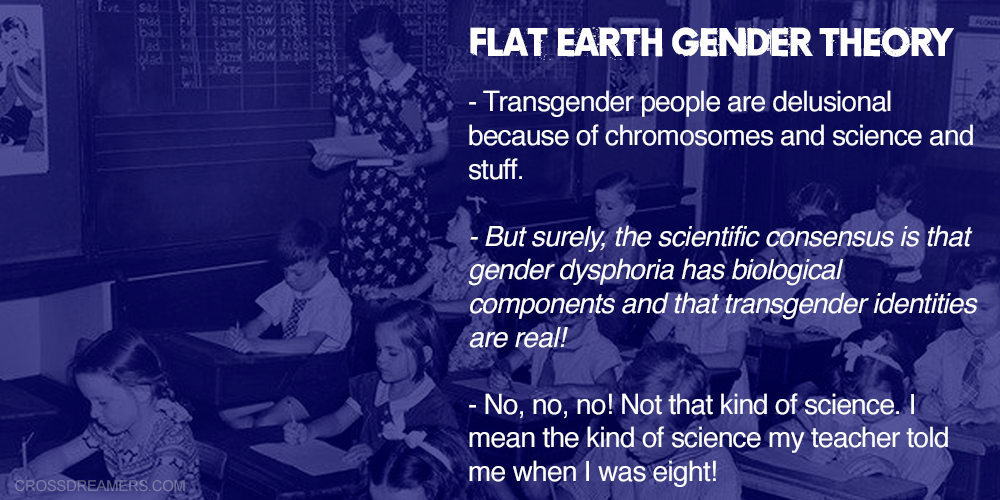 "Autoandrophilia" has been defined as "the paraphilic tendency of a biological female to be sexually aroused by the thought of becoming a male."

Autoandrophilia is not a thing

If you are a woman having fantasies of being a man, and who has found this article by searching for "autoandrophilia", there are a few things you should know:

1. Your feelings are real. You are not alone. There are many people assigned female who have such fantasies. Some of them identify as trans. Others identify as qenderqueer or nonbinary. Many identify as cis (non-transgender). Regardless: You are a natural part of the wonderful spectrum of sexuality and gender. This is not a sexual perversion.

2. "Autoandrophilia" is not a thing. It is a made up and misleading pseudo-scientific term, referring to an explanation for crossdreaming for which there is no proof, and which has not been accepted by the broad medical community.

3.  Ray Blanchard, the  man who proposed top include "autoandrophilia"  in the American psychiatric manual, the DSM-5, has stated that this  was in order to placate feminists. He does not actually believe that people like you exist.

This diagnosis was not included in the DSM-5 and nothing like it is listed in the new edition of the WHO ICD health manual.

There are people assigned female at birth who dream about being a man, though. They are all some shade of trans or nonbinary, and their dreams are most likely an expression of some kind of transgender identity.

More about FTM crossdreaming and the concept of "autoandrophilia"

This site has several articles that discuss the lives and sexual fantasies of women who (sometimes) dream about being men. Here are a few to get you going:

EDIT May 6 2019: Adjusted bullet point #2 to clarify that even if female to male crossdreaming is a thing, the "autoandrophilia" presentation and explanation of it is unscientific and misleading.

On women who have sexual fantasies about being men

It turns out there are a lot of people assigned female at birth who have sexual fantasies about being a man.

Last year I wrote a post about what the sexual fantasies of non-transgender people can tell us about crossdreamers and those who are some shade of transgender.

I documented that a lot of the fantasies that are used to invalidate the identity of trans women (and that are also found among many male to female crossdreamers) are actually quite common among non-transgender women.

And if these fantasies are found among cis women, they cannot be explained as a misdirected form of male sexuality when reported by  MTF crossdreamers and trans persons.

Do female to male crossdreamers exist?

Another myth of this kind is the one saying that there are no female to male crossdreamers. Women do not get turned on by the idea of being a man or having a man's body, the argument goes.

A relatively new collection of female sexual fantasies tells another story. The book, Garden of Desires, is a follow up to Nancy Friday's influential collections of such fantasies. Emily Dubberley, the editor, is the creator of Cliterati, a British fantasy website for women.