You should think that this was a meaningless questions, as there are enough bisexual men around to tell you that yes, they do exist.

That does not stop scientists from developing theories that deny their existence, though, especially if the fundamental thinking in a specific discipline is based on a different "truth".

The binary of sexual orientation

As far as I can see, the dominant ideology among many sociobiologists and biologically oriented psychologist has been  that men are strictly homosexual or heterosexual, while women may have a more fluid sexual orientation.

This is, I believe, a  result of the old evolutionary theory that men are constantly trying to spread their seed to as many as possible, while women are more oriented towards love and nurturing. This is why men are believed to be focussing solely on the visual clues of an attractive body, while women might even find footage of bonobos frolicking exciting.

This was at least the conclusions made by J. Michael Bailey and his team over at Northwestern University.

The return of the bisexual man

The International Herald Tribune now reports on a new Northwestern study, led by Allen Rosenthal (an associate of Bailey's, I believe),  that indicates that bisexual men do in fact exist.

There are other studies pointing in the same direction:


Click here to read the rest of this article!
Posted by Jack Molay 12 comments: 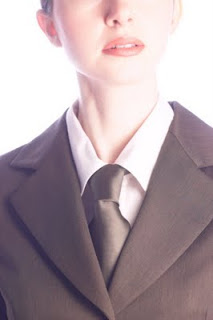 
Click here to read the rest of this article!
Posted by Jack Molay 33 comments:

I am taking part in a discussion on the relationship between crossdressers/crossdreamers and transwomen over at TS-Si that might interest some of you.

I am putting up this post to provide references of relevance to the discussion.

Another look at the lives of animals, and how biology may influence sex identity and sexual orientation. 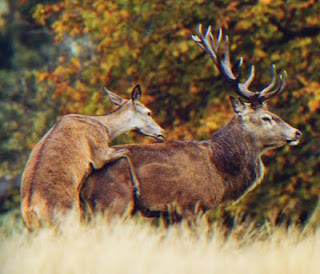 I found this photo in a wonderful book called The Exultant Ark: A Pictorial Tour of Animal Pleasure

It depicts a female red deer mounting a male stag in a frenzy of sexual rut.

The caption in the book reads:

"Red deer (Cervus elaphus), Richmond Park, London, England. As members of harem species -- in which the strongest and the fittest males amass a herd of does and try to prevent other bucks from mating with them -- deer are often portrayed as sexually agressive males and passive females. This amorous hind mounting a stag shows that the females are not as passive or indifferent as we are often led to believe. Photo: Elliot Neep."

My point is actually not that this is an example of a female to male crossdreaming deer (an "autoandrocervophiliac". You have to excuse me - the headline was just to tempting to write). I have, of course,  no way of knowing whether this female is dreaming about being the male  boss of her own harem.

But this instance show that there are no absolute clear cut boundaries between male and female sexuality and behavior among red deer, so maybe we should be a little bit more careful about what we call natural and unnatural among us humans.

As I noted in my series on Roughgarden, animals display a wide variety of sexual behavior -- behavior that seriously deviate from the "male conquers female to secure the survival of his genes" kind of narrative.

This week BBC presented new research on zebra finches, which shows that same-sex pairs of monogamous birds are just as attached and faithful to each other as those paired with a member of the opposite sex.

Click here to read the rest of this article!
Posted by Jack Molay 10 comments:

Invitation to take part in a transgender/gender identity study

I got the following request for  transgender to part in a study on gender identity via the Trans-Academics mailing list. The research is done by Andy Bauerband, a graduate student at Towson University in the US.


I am a member of the transgender community, and graduate student in experimental psychology at Towson University. I am conducting research on thoughts about gender identity for my Master’s thesis, and currently recruiting people to take an online survey. To participate you must be 18 years or older and identify as transgender (this includes anyone who considers themselves on the transgender spectrum).