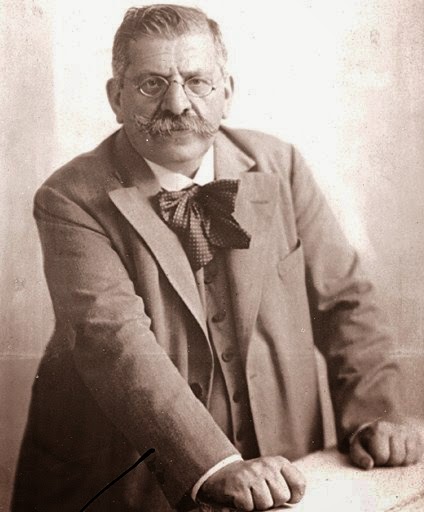 It will probably come as a surprise when I say that the best book transgender in general and crossdreamers/crossdressers in particular was published in 1910. It was written by the German scientist Magnus Hirschfeld, one of the pioneers of sexology. In this and the following blog post I will present his theory and explain why Hirschfeld's thinking remains very relevant.

The book, named Die Transvestiten, covered a wide variety of gender variant people. Hirschfeld used the word "transvestite" in the way we use "transgender" today -- as an umbrella term embracing both transsexuals, crossdressers, drag queens and other people transgressing the strict sex and gender binaries.

Die Transvestiten contains a lot of historical examples of different forms of gender variance, including 17 elaborate presentations of crossdressing individuals, many of whom would have been classified as transsexual today. There is even a case of a woman wearing men's clothes daily, a female to male crossdreamer travelling the world, working in traditional male occupations.

Hirschfeld was the first theoretician who argued that crossdressing can exist independently of sexual orientation. Indeed, he noted that most of his cases were heterosexual (relative to birth sex). Hirschfeld claimed that among the "transvestites" he had encountered, 35% were homosexual, 35% heterosexual, and the rest asexual or bisexual.  (Mancini, p. 67)

There is little here of the need to pathologize sexual variation and different gender expression found among other sexologists of his (and our) time. Indeed, he is very critical of any theory that tries to set up an absolute divide between men and women, the masculine and the feminine, and then goes on to label those who do not live up to such divides as deviants.

"The separation of humanity into male and female halves belongs to the doctrines and guiding principles that have crossed over into the flesh and blood of every person. Those who occupy themselves uniting opposites such as energy and matter, God and nature, one and all, body and soul, also unmistakably hold fast to the dualism of the sexes and, in fact, the masculine and the feminine are, in themselves, effective realities the duality of which admits no doubt." (p 17)

"But it is a mistake if one imagines that both are two fully separate entities, one from the other; to the contrary, the constantly present merging of both into one, the unending condition of mixing variables that begins with the man's semen and the woman's egg, each creating masculine-feminine, hermaphroditic organizations, this monism of the sexes is the core for the genesis and substance of the personality." (p. 17)

On the basis of the 17 case studies and other life histories he discusses possible explanations for transgender conditions, presenting the dominant scientific theories of the day. And this is where it gets really interesting, because most of the theories he discusses are more or less the same we find discussed today, more than 100 years later.  There has been practically no substantial progress in our understanding of crossdreamers, crossdressers and transsexuals.


Click here to read the rest of this article!
Posted by Jack Molay 11 comments: