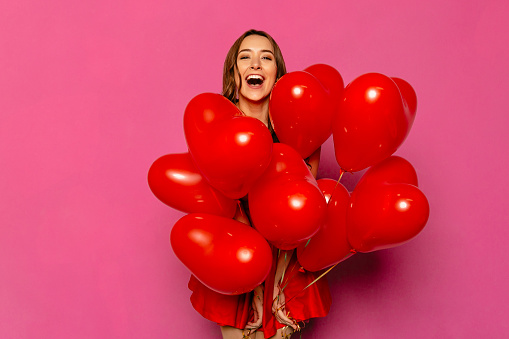 The Crossdreamers blog was founded 10 years ago this day. Here's to the next 10!

The first post on this blog was posted on August 24 2008.  The first few paragraphs were:

There are a large number of men out there that have secret dreams about how it would be like to be a woman.

I am not only talking about the visible ones, the cross-dressers and the transsexuals who have become public figures.

No, I am also talking about what appears to be "ordinary men", with no immediate plans for sex reassignment surgery or hormone treatments, but who nevertheless harbors feelings that many will find strange and hard to understand.

I promised to  "test any scientific, psychological, religious or philosophical theory that might throw light upon the subject, how far fetched they may be," as well as presenting the thoughts and fantasies of those I later came to call crossdreamers.

At its birth the blog was called "Confessions of an Autogynephiliac." A leading American transgender activist told me that the name was bad on at least two levels:  The word "confession" implied guilt, and the word "autogynephiliac" implied support to Ray Blanchards invalidating autogynephilia theory. She was right on both counts.

I had from the very start been very critical of Blanchard's theory, but reckoned that since this was the term people like me would use when searching the internet, it made sense to include it in the title.


Click here to read the rest of this article!
Posted by Jack Molay 6 comments:

Natalie Wynn, also known as ContraPoints, has posted an interesting video about the relationship between incel culture and the way some crossdreamers and transgender people experience their lives.


Unless you have been living under a cosy and warm rock for the last few years, you will know that incels, or "involuntary celibates", represents a sub-culture of seriously depressed and self-loathing men who think they are  inevitable losers in the game of love.

They think of themselves  as unattractive and pathetic "betas" who cannot beat the alpha-males regardless of much they try.

This is mostly because feminism has given women too much power, they say. The women can now go for the alpha-males, all the time. And if a woman does marry a "loser," she will always cheat on him with the mentioned alpha "Chad".

The return of skull measurements

All of this despair is sometimes mixed up with a pseudo-scientific philosophy based on old-fashioned phrenology and eugenics, where the shape of your skull tells you whether you are a winner or not.

The idea is that women are attracted to hypermasculine men with hypermasculine skulls. This understanding is based, I  suppose, on quasi-Darwinistic theories where masculine looks signal that the man is a protector with good genes. You know, in the way the male with the biggest tail is the coolest dude on the block in the world of peacocks.

This leads to a psychological no-win situation for those who believe they have a feminine, weak, skull. If this is the case, there seems to be literally nothing you can do to find true love and happiness. Your inferiority is inborn. End of story. 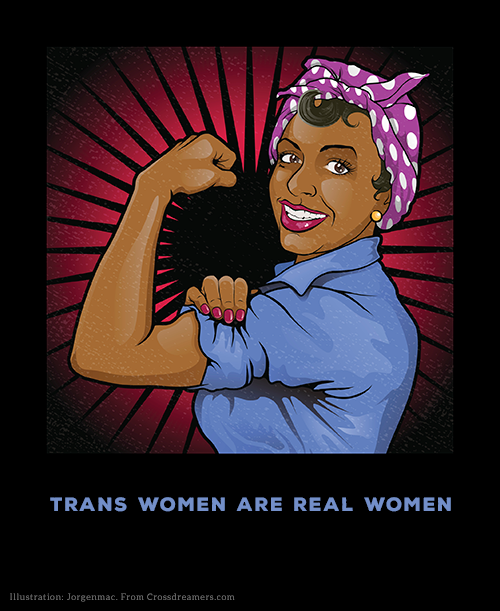 What about non- and detransitioning transgender people? 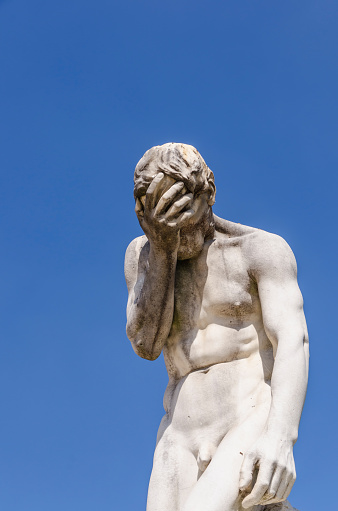 I got the following anonymous question over at tumblr:

Why do you invalidate and devalue the experiences of detransitioners? Stop talking over them just bc they make you feel threatened. They're actually very lovely and they send an important message that we need to explore other options for dysphoria management. What about trans ppl with chronic illnesses that can't do HRT? They need our support but we just ignore them.

Here is my answer:

I do not devalue the experiences of detransitioners, nor do I feel threatened by them.

I have underlined repeatedly that the complexity and diversity of sex and gender lead to difficult choices for many transgender people (and I am using the word transgender in its wide “umbrella” sense here).

Given the rampant transphobia and homophobia in our societies, I am also not surprised see that some who have transitioned find living and presenting as their target sex difficult, and detransition for that and other reasons.

However, right now the very existence of “regretters” is used by transphobic TERFs and right wing fundamentalists to invalidate the identities of all transgender people.

The argument is that if some are detransitioning, all those who transition are “fake” and that transitioning is a recipe for mental illness and suffering. This is why I over and over again underline the following:

1. Only a small minority of those who transition regret doing so (between 0.6 and 4 percent according to the studies I have read).

2. The great majority of those who transition report a much higher quality of life and health after transitioning. While the attempted suicide rate among all transgender people is around 40%, the similar rate for those that have transition is more or less the same as the general population.

I say this not in order to devalue the experience of detransitioners, but to ensure that their very existence is not not used to undermine the legitimacy of transitioning as an essential  tool in transgender health care.