The Crossdream Life forum has moved over to a new address.

You can find the new forum over at crossdreamlife.lefora.com.

The reason for the move is simple: We do not have the resources needed to run our own bulletin board system on our own server.

We have therefore outsourced the technical part to Lefora. 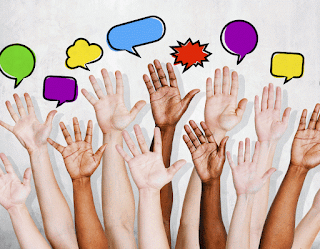 I am afraid old members will have to sign up again to the new forum. But in return they get some nifty new features, like video embedding, chat, skins for personal home page, polls, photo albums and more.

The old site will be kept  as an archive for the time being.

Sign up for the new Crossdream Life forum today!

In this third part of my "must read gender/transgender books" series, I look at books that discuss sex and gender in general.

Much of the pain gender variant people go through is caused by the fact that their family, friends and surrounding society do not understand them.

The reason they do not understand them is that they are trapped in a binary narrative that tells them that men and women are two different species with completely different temperaments, abilities and modes of behavior. Anyone who breaks with this binary is therefore mentally ill.

Recent research, in the social sciences as well as in biology, tells us that this strict binary is wrong on many levels. What is considered proper gender expressions varies tremendously between cultures and over time.

Moreover, it turns out nature is nothing like what your school text books told you. Did you for instance know that the bonobos, our closest relative, has a matriarchal society run by females? They solve conflicts by having a lot of sex with each other, regardless of age or gender. The next time someone tells you gay sex is "unnatural", tell them about the bonobos.

Here are some of the books I recommend:

Evolution's Rainbow: Diversity, Gender, and Sexuality in Nature and People, by Joan Roughgarden

Those who follow nature programs on TV know the script: Violent and aggressive males stalk weak and passive females in an everlasting tale of evolutionary brutality. This narrative is then used to make fun of "feminine" men.

Roughgarden shows us a natural world that is nothing like the gender stereotypes of traditional evolutionary biology.

Like Roughgarden, Fausto-Sterling is good at seeing through the stereotypes of natural science. Most of the differences between men and women are created by culture and not by nature, Fausto-Sterling argues.