New book explores the experience of gender variance through words and concepts.

My first ebook ever is now available for sale on Amazon.

A Creative Crossdreamer Vocabulary has its origin in a blog post series I wrote back in 2013. The idea was to find words that can help us feel, understand and express what crossdreaming and related forms of gender variance are about.

Words have power. They may limit us in our understanding, but they may also set us free from restrictive world views and invalidating narratives.

Good new concepts make us go: "Yes, that's it! That's how I feel. That's me. Now I get it." And we can then use those words to help others, who do not share our experience, understand. In other words: This book will also be useful for friends, family, teachers, researchers and others who relate to gender variant people.

Some of the words included in this book are already in use. Others are imaginary words, more meant for reflection than to be used in everyday speech.

Think of this book as a collection of mini-essays on crossdreaming and transgender.

You can buy the ebook now for US$ 2.50 over at Amazon.com. (In some countries VAT might be added).

You don't need a Kindle tablet to read it. You can read it in a browser, or use the Kindle app for smart phones and tablets.

The paperback version is a bit more expensive I am afraid, as this is print on demand.


The words included are:

Click here to read the rest of this article!
Posted by Jack Molay 13 comments:

Email ThisBlogThis!Share to TwitterShare to FacebookShare to Pinterest
Labels: dictionary

It could be that you don't know that we have our own facebook page for Crossdreamers.com. 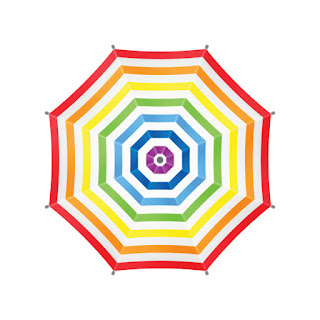 This week the page passed 3000 followers, which isn't bad for a subject like this one.

I know that some of you hesitate before using your regular personal facebook-account to sign up to pages and groups like this one.

The good new is that you do not have to to read it. It is open to everyone.

Click here to get news and stories about crossdreaming, gender variance and transgender issues!

By the way: There is also a Crossdresser and Transgender page that has more than 7000 followers.

I would like to draw your attention to a recent article in the Guardian, which covers the research of a Israeli research team who have found that there is a huge overlap between male and female brains.

A complex mix of the "feminine" and the "masculine"

The main point for me is not whether these researcher are "right" or not. Neuroscience is in constant flux, and there will probably never be a final theory that explains everything about this extremely complex organ.

What is interesting for me is how similar research data can lead to very different conclusions all depending on the point of view of the researchers.

'Scientists analysed brain scans of more than 1400 men and women and found that while some features are more common in one sex than the other, each person’s brain has a unique “mosaic” of these features, as well as others seen commonly in both.

“What we show is that there are multiple ways to be male and female, there is not one way, and most of these ways are completely overlapping,” said Daphna Joel, a psychology professor who led the study at Tel-Aviv University.'

Scientists inclined towards gender stereotypes will focus on the macro level

These aggregated findings are then used to confirm the gender stereotypes of the -- let's say -- sexually driven aggressive man and the passive and nurturing woman.

Overlap is the norm, stereotypical brains the exception

What is interesting with this study is that the researchers focused on the areas where there is least overlap between men and women on an aggregated level.

'Across the four different sources of brain scans they studied, the scientists found the percentage of “internally consistent brains”, in which all regions were at the male end or all at the female end, varied from zero to 8%, while those with both male-end and female-end features ranged from 23% to 53%.'

So even if you look at those regions who are supposed to prove that men and women are different, you find that most men have "female" traits and most women have "male" traits. At this point, of course, you have to ask yourself whether it makes any sense at all to call these traits "male" and "female."