For many the struggle with sex, sexuality and gender identity leads to reading -- a lot of reading. In this three part series I will present books that have helped me in my understanding of myself, crossdreaming, gender dysphoria and transgender issues.

Please add a comment if there are other books you have found helpful and interesting. I will add them to the permanent list of trans-relevant books.

Gender Madness in American Psychiatry: Essays From the Struggle for Dignity, by Kelley Winters.
Nevada, novel by Imogen Binnie 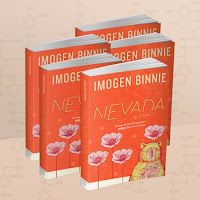 Girlfag: A Life Told in Sex and Musicals

Grrl Alex, a Personal Journey to a Transgender Identity, by Alex Drummond.

Caitlyn Jenner's journey will make a huge difference for all transgender people, including crossdressers and crossdreamers.

2014 was declared the transgender tipping point, with black trans woman Laverne Cox on the cover of Time.

Fast forward to 2015: A late transitioning 65 year old transgender woman is on the cover of Vanity Fair. Like Laverne Cox and Janet Mock before her, Caitlyn Jenner gives transgender a human face. Laverne and Caitlyn express strong support for each other.

So why is this important, not only to transgender people in general, but also for male to female crossdressers and crossdreamers? Well, the big deal is that having Caitlyn Jenner as a trans icon in major media is no longer a big deal.

This also mean that more and more people ignore the old way of presenting trans women: as emotionally disturbed men.

According to the old narratives of transgender, the ones propagated by old fashioned researchers, transsexual separatists, and trans-exclusionary radical feminists, Laverne and Caitlyn are two different species.

Laverne, who is sexually oriented towards men, is at best a "real transsexual" or -- according to researchers like Ray Blanchard and J. Michael Bailey -- an effeminate homosexual man.

Cailtyn on the other hand, who would normally be classified as a "late-onset transsexual", and seen as a perverted heterosexual man, a transvestic fetishist or -- according to Blanchard -- a "autogynephiliac".

But no. This has not become a major issue in the public debate. With very few exceptions, no one cares.

Feminists criticize Jenner because she is a woman

Yes, Caitlyn has been criticized. Feminists activists have argued that she should not give in to the sexualized gender pressure of contemporary culture, dressing up as she did in the Vanity Fair photo shoot.

But when they say so they have already accepted her as a woman. Theirs is a feminist argument, and not an invalidation of Jenner's identity or of trans women in general.

On Being Transgender, The Jack Molay Interview

Really, there is no other site out there quite like the Transcend Movement.

Felix and I had a talk about how to make a good pasta sauce, crossdreaming, autogynephilia, my life as transgender, bullies, Sense8 and more.

You can read it all if you click here!

Posted by Jack Molay No comments:

A conservative minister of health becomes a strong supporter of transgender rights, changing the main principle of transgender health care in the process. Only the trans persons themselves can decide on their gender identity, he says.

The Norwegian Minister of Health and Care Services, Bent Høie, recently made an important argument about why there should be no trial period for people who want to transition.


"When I started working on these issues, I believed that a period of reflection was necessary -- before you take such an important decision. But, a meeting with Skeiv Ungdom [the Norwegian organization "Queer Youth"] made it clear to me that such a requirement is unreasonable for those concerned.

These people have had a lot of time for thinking. Some of them have felt a misalignment between body and gender since they were small kids, while others have spent a lot of time questioning and doubting their way to the same answer.

To demand a period of reflection means that they will once again feel that they are not believed or taken seriously. You tell them that they have not spent enough time to think this through on their own."

Høie is talking about a change of legal gender status here, which does not necessarily entail hormones and surgery, but in principle this is a radical shift in how transgender people are treated in this country.

Høie's argument is a very powerful one. The current logic is that transgender people seeking a legal change of gender have to be protected against themselves by non-elected representatives of the medical establishment, the so-called gatekeepers.

By decoupling legal acceptance from medical transitioning, Høie gives the power back to the individual, following the principle that those who are going through this are more likely to know what's best for them.

Currently Norwegian law requires that a person must undergo medical treatment that includes castration to achieve legal gender recognition. Moreover, the power to grant such medical treatment has been given to the National Treatment Unit for Transsexualism at the Oslo University Hospital, a unit that has repeatedly been accused for demanding that their transgender patients live up to traditional gender stereotypes to be accepted for treatment.