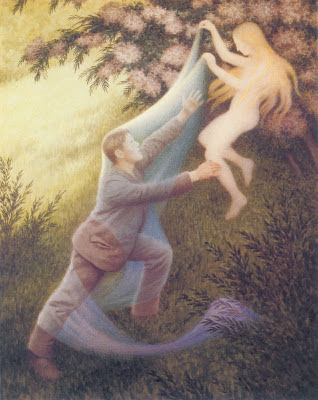 The inner woman of a crossdreamer and crossdresser may become a hulder or a feminine elf. She may take over his life in  ways that are destructive. 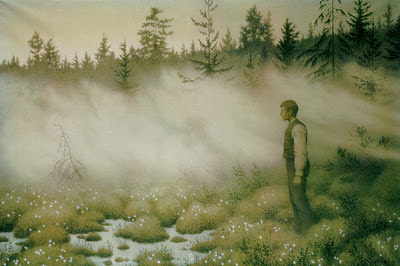 There is one important difference between the alcoholic and crossdreamer addict, though: As many crossdreamers and  crossdressers will tell you: It is possible for a male bodied person to integrate the female side in a constructive manner.

To use fairy tale terminology: If you treat the witch standing by the roadside with respect and courtesy, she will reward you with useful advice and powerful magic.

In psychological terms this means that if you accept the inner woman completely and recognize that she is an essential part of yourself, the spell is broken. She is still there, but you are no longer in her power. She is now a loved part of your own being.

I know that a lot of people think of crossdressing and crossdreaming as mental illnesses.

But the suffering is the effect, not the cause, of the transgender condition. I am pretty much convinced that the sexual fantasies and the urge to crossdress is the psyche's way of trying to rebalance the mind. There is a part that has been suppressed, by family, friends and society, a part that will not be denied and that needs to find a voice.

To the extent the inner woman represents the need to express stereotypical "feminine" personality traits, she is like the ensnaring elf. To the extent she represents the need to express female sexual instincts, she is like the hulder. Women are, like men, highly sexually charged beings. The fact that the female side is expressed through sexual dreams should therefore come as no surprise. 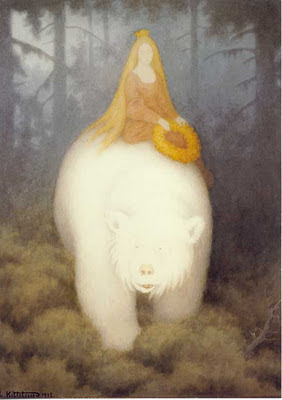 So far I have focused on images helping the male to female crossdreamer.

Kittelsen has also a painting that for me at least can be used to illustrate the dilemma of the female to male transgender person. This is an illustration of the Norwegian fairy tale Kvitbjørn Kong Valemon (White Bear King Valemon).

Kvitbjørn King Valemon has its roots in the ancient Roman fairy tale about Eros and Psyche, and is also related to the story about the Beauty and the Beast.

King Valemon has been changed into a white bear by an evil witch. Out heroine agrees to marry him in order to get his magic garland of gold. Her acceptance of his animalistic masculine side finally breaks the spell.

The wreath -- i.e. the circle -- is a symbol of wholeness or completeness. The masculine and feminine side of the psyche has been reconciled, and I think Kittelsen's painting expresses this in a wonderful way.

I guess some of you will argue that these fairy tales are not really about the transgender condition, but rather about some kind of "crossgender" condition that is common to all human beings. All men should accept and embrace their "feminine" side. That does not make them transgender, and definitely not transsexual.

This is correct. Like all myths, fairy tales and great works of art, these stories and these images speak on many levels. I still think they can be of great value to those of us who struggle with our sex and gender identities, though. And they definitely tell us something about the power of the unconscious. 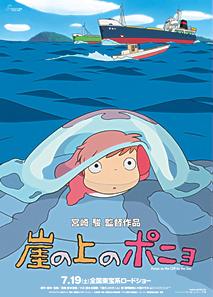 If you are truly transsexual, your transsexual condition cannot be overcome through myths, arts or psychotherapy. But I am sure the symbols can be used by you to make sense of the life you are living.

This is why I will start a new series looking at the psychodynamics of crossdreaming. Those of you who want to follow me on this quest, should take a look at the following movie: Ponyo.

That is right: I am going to make use of a wonderful Japanese animated movie made for children to discuss crossdreaming and the transgender conditions. I assure you: It is going to make sense in the end.

(And if it doesn't, you have at least had the chance to share a great movie experience with your friends or your family.)
Posted by Jack Molay