The Trans “Sense of Community” Survey 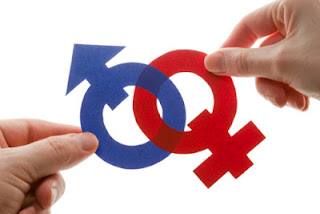 Those who have followed this blog know that this is not a simple questions. There are, for instance, crossdreamers and crossdressers who are clearly transsexual at heart, while others argue strongly that they are not even transgender.

They are all invited to take this survey, however.

Like Cristan, I mostly think of the trans community of a community of interest. The members of this community is a diverse bunch, but they have one thing in common: They violate the cultural mores of their own society by overstepping the borders between male and female in one way or the other.

This applies to crossdreamers and crossdressers, who commit the cardinal sin of dreaming or fantasizing of being the other sex, and it applies to transsexuals whose sex identity is clearly and indisputably misaligned with their birth sex. They therefore have an common interest in making society more tolerant towards those who find themselves on the outside.

Besides: The border between crossdreamers and crossdressers on the one hand and transsexuals on the other is blurred. Some transsexuals start out as crossdreamers, which tells me that there is much to gain and learn from interaction and collaboration.

UPDATE: Note that the survey seems to be targeting US citizens. I guess non-Americans may enter the name of their country instead of the ZIP-code. The survey also seems to be oriented towards "off-line communities", i.e. organized meetings of people in the local community. Again, I suppose you may add "online" as a location, if your main interaction with the trans community is online.

UPDATE 2: The survey is for Americans and is not anonymous. See comments below.