The latest Crossdreamer and Transgender posts from XD Express

XD Express is my tumblr blog for quick and targeted posts about crossdreaming and transgender issues. I have also found myself using it as some kind of rapid deployment blog for the defense of harassed girlfags.

There is a lot of aggression on tumblr, where some transgender people spend more time on hurting each other than fighting their real opponents out there. Which is a shame.

But this is what societies based on fear of gender ambiguity do to people. We all try to find a dry spot of normalcy in a big sea of social exclusion, and if that means drowning other trans people in the process, so be it!

The real trick is to help the people find themselves, without adding fuel to the fire.

Here are recent some posts that might be of interest:


How to Effectively Invalidate Marginalized People!
I present the the concept of "Master Suppression Techniques", which are used all the time in order to invalidate crossdreamers, girlfags and transsexuals.

Transgender animals
I present some wonderful comics which illustrate the diversity of sex and gender in the animal kingdom. They prove that our normal concepts of "natural" and "unnatural" are very narrow, indeed!

On the concept of "cissie"
Some transgender bloggers have developed cisphobia, an intense hatred of non-transgender people. Some may think "cissie" is a good pun on "sissy". I think it is horrible!

Dear Truscum: This is What the Word Transgender Actually Means.
Unlike the previous generation of transsexual separatists, who hated the word "transgender", the new one tries to appropriate it. I wrote this blog post as a possible reference point for future discussion. I prove that you do not have to suffer from gender dysphoria to call yourself transgender.

See also  Truscum and the Transgender War of Words

Is Gender Really Nothing More Than a Performance?
Reflections of Julia Serano's response to  post-structuralists reducing everything gender to language and performance.

Yes, there may be such a thing as an inborn sex identity!
A short reminder to those that think that sex and gender is nothing but culture. I am pretty much convinced it is the end result of an interaction between nature and nurture, and that the nature/nurture divide maybe was a mistake in the first place.

Do you know what a girlfag is? Really?
Girlfags, and in particular female to male crossdreamers, have been under intense attack on tumblr. The usual refrain is that they are nothing but fetishists.

See also these blog posts: On the girlfag and guydyke issue, Girfags, crossdreamers and trans men and Stop the Harassment of Girlfags!

Tumblr is a very different platform and community from Blogger. The most efficient way of communicating is by pictures and short "memes". I have published a few of my own over there: 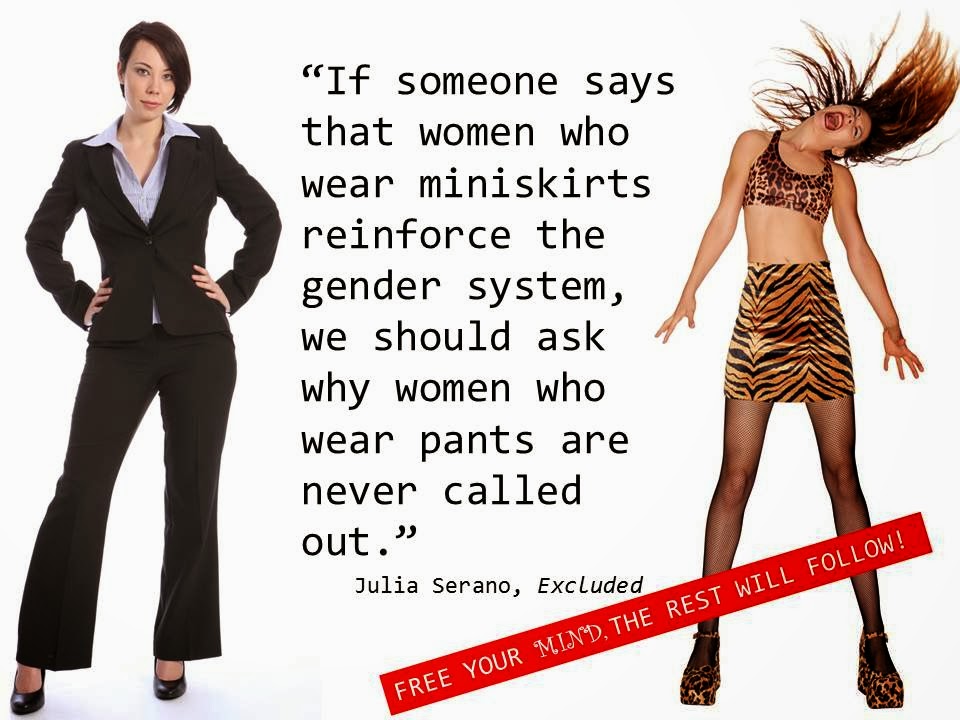 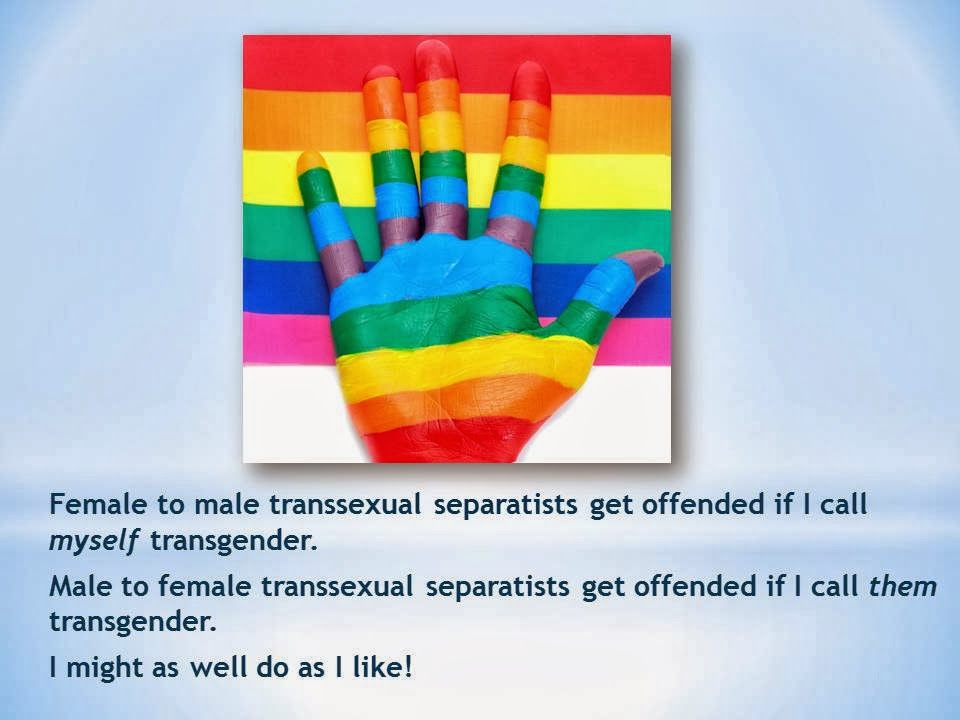 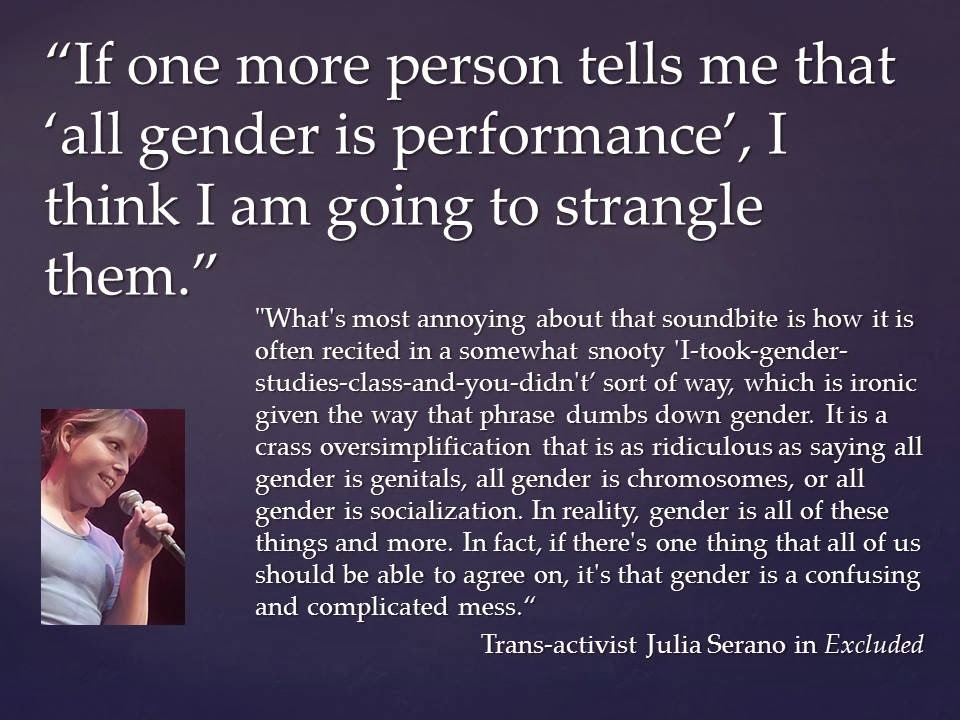 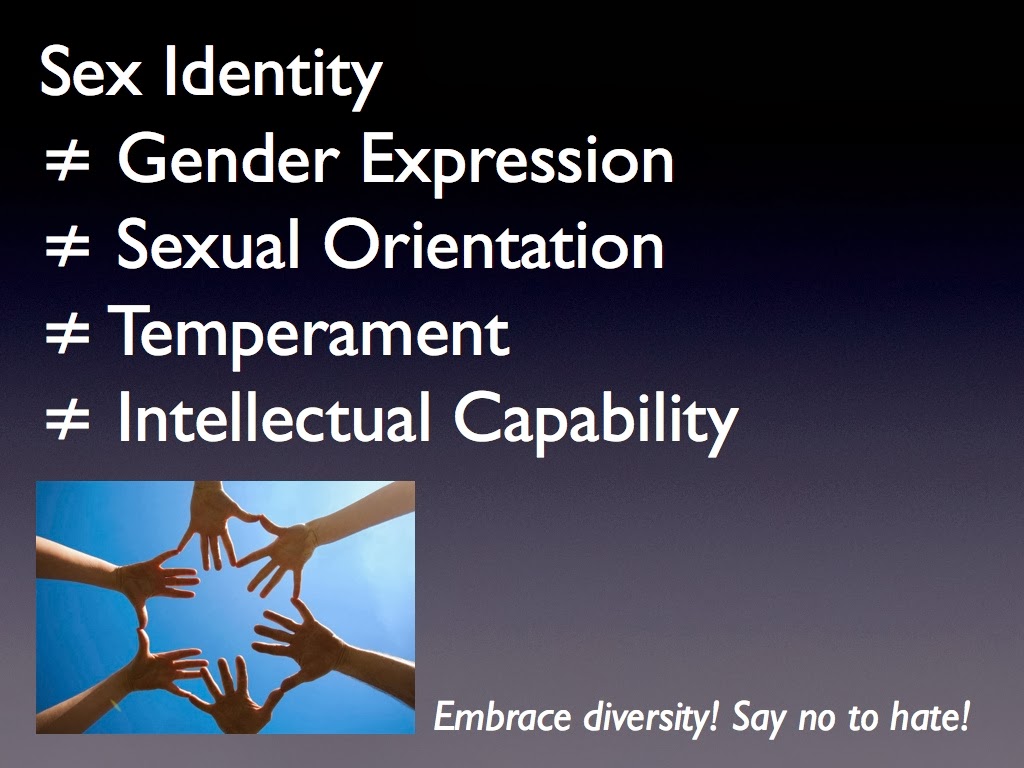 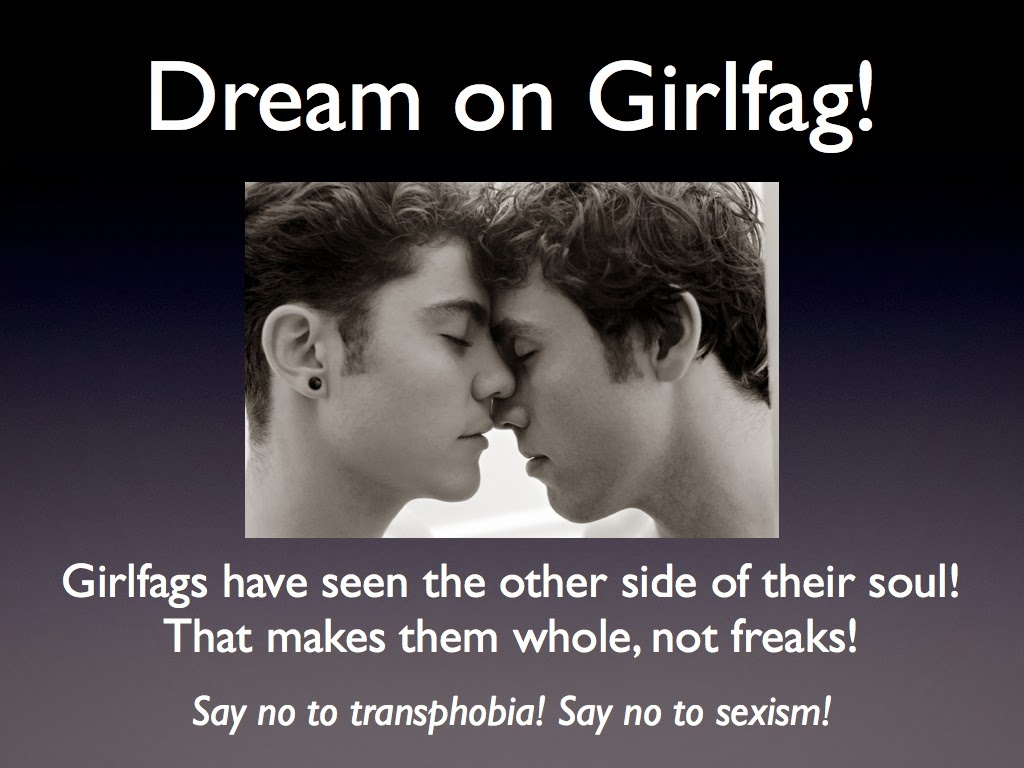 As for the Crossdreamer blog: Don't worry! I am not going to abandon it. I will continue to publish longer and more extensive analyses at this blog.
Posted by Jack Molay