How many male to female transsexuals are there? 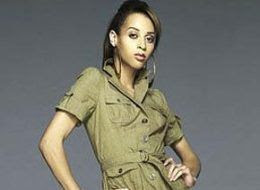 The idea that transsexualism is a very rare phenomenon is common, and makes it easier for M2F transgendered to believe that they are, indeed, deviants and very much alone in their sufferings.

The number that often pops up is that 1 in 30,000 males is transgendered (i.e. understands themselves as women).

I for one, find the number 1:30,000 to be surprisingly large, actually, given how seldom you hear about transsexuals in the media.

However, the readers of this blog should note that Professor Lynn Conway of the University of Michigan has challenged this number in a very convincing way. The percentage of M2F transsexuals is much, much higher, she claims.

Counting surgeries performed over the years, Conway made an estimate of at least 40,000 postoperative trans women in the U.S. in 2005. These women had transitioned out of a population of roughly 100,000,000 adult males.

There is something on the order of 5 times as many people inherently experience transsexualism than those who have already undergone sex reassignment – leading Conway to conclude the inherent condition occurs in at least one in every 500 children born as males.

Note that this figure of 1 in 500 is a "lower bound" on the prevalence of transsexualism (intense gender dysphoria), and the actual value could be higher.

If we also should include autogynephiliacs who fantasize about having a woman's body, but consider themselves male and do not wish for sex reassignment surgery, the number would probably must be much higher.

We are not that alone! Really!