A man trapped in a woman's mind 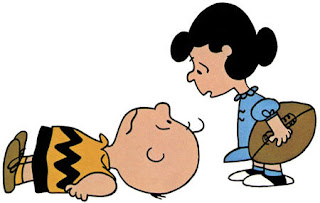 About men who dream about becoming women, sissies and feminization, and a possible psychological explanation.

In this blog I have so far focused more on nature as opposed to nurture as an explanation for autogynephilia, i.e. some men's fantasies of having a woman's body.

I am not willing to dismiss the possibility of autogynephilia having psychological causes, though, especially from childhood experiences.

In a response to an previous blog post "Anonymous" writes the following:

"I am a heterosexual man, with no feminine characteristics. I have been told variously that I look like a cop, a professional wrestler, or a teamster organizer. I was raised by an extremely abusive mother and older sister. I have been seeing a therapist for years. After a number of years I finally told him that I fantasized about being a woman (usually cruel and always beautiful who treated men terribly). I thought I was a major league pervert, but he told me it was something called 'identification with the aggressor'. This is a defense mechanism where someone actually identifies with the person, or group of people abusing them as a way of dealing with their fears"

(You can read the rest of his comment here.)

The role of strong women

I can put a related narrative for my own childhood that in a chilling way fits the idea of abuse causing autogynephilia.

I grew up in a family with a emotionally very strong and willful mother. Unfortunately she wasn't too bright and had absolutely no sense of humor. A dangerous combination of traits, indeed!

My father was an intelligent man, kind and compassionate, but also prone to depression. He was in no way able to handle my mother, a woman he should never have married.

Still, it could have worked out all right , I guess, hadn't it been that a disaster hit our family. I am not going into detail here, for the sake of anonymity. Neither of them handled it very well, and I guessed it killed my mother's love for my father.

My mother had the kind of schizophrenic view of men that some women develop. It is a kind of parallel to the madonna/whore complex some men display. In her world there were two kinds of men: princes and wimps.

1. There were the "charming" men. There is no clear definition of this concept, but I guess self-confidence, good looks and a good smile have something to do with it. This was probably her "prince-coming-to-rescue-me" archetype.

2. Then there was the weakling. This is a man with little self-confidence and strength. A man that are not able to help women in the way he should and leaves most of the burden of running a family to her.

Her own father had been the interesting combination of a strict religious fundamentalist and a womanizer with two lovers on the side (!). That might have caused her to become a man-hater. When my father turned out to be less than perfect, he was moved over from category 1 to category 2.

My mother now decided that her disappointment in my father had to get an outlet somewhere, and she decided to make me her confidante. I therefore absorbed her hate for men, and adapted it as mine. I became an aggressive feminist of the negative kind.

Had I belonged to category 1, however, I would never had accepted this kind of emotional abuse. I would have withdrawn from her, and either grown closer to my father or found another male role model.

Instead I found myself in the strange position of becoming category 2: the pitiful, weak, male. In many ways I had much in common with my father. After all, that was why I was able to play the role of the patient and understanding listener. That being said, it was clear that my mother appreciated my loyalty, and returned it with a kind of perverted love.

So what was I really? Was I like my father, whom she considered an unmanly man? Part of me had to believe that. And given that I was bad at sports and had no manly physical strength, I guess that impression got stronger over time. I also entered puberty at a very late age.

This had to be an intolerable situation, and it could be that my autogynephilia was some kind of response to this.

I guess that in my relationship with my mother I had taken on the role of the feminine, understanding, girl friend or daughter. The one that listens to your worries. Given that she hated men, and put women up on a pedestal, I guess I came to the conclusion that the only way of getting love from women was to become one myself -- mentally, that is.

This is a kind of self-castration that is bound to leave deep scars (no pun intended!).

This is my "man trapped in a woman's mind" theory. I adapted my mother's view of the world in order to get the love all kids require, and has been suffering for it since.

Thanks to years of therapy the man inside me did manage to get out and do some good. I am now considered to have an outgoing personality and a strong will, and in some ways I guess I have. Some would even consider me an alpha male, although I definitely do not feel like it.

The change may include cross-dressing, hormone treatment or some kind of magical change whereby the man becomes a woman. The man is always humiliated and he becomes a kind of submissive slave to the woman. In some cases he is denied sex -- he becomes asexual -- in other stories he is given to others to be used as a sex slave.

"Rebecca" has described the Sissy Quadrant Theory (the site has been removed):

"All great sissy stories are based on the interaction between four archetypal character types:
The plot of a sissy story is basically like this:

The protagonist in the story, the "victim", is given the role of the weak, submissive, woman.

My guess is that many transgendered men find this exciting, because by becoming the sissy they resolve a horrible dilemma. They have had to become a kind, weak and submissive person in order to be accepted by the strong woman in their childhood (mother, grandmother, aunt, sister).

Since the same female role model also despises weak men, they have also come to believe that their strategy makes them unsuitable to become real lovers for "real" women.

In the sissy fantasy, the autogynephiliac takes the only option that seems available, namely complete feminization. This leads to two possible "favorable" outcomes:
Not the whole story

I do not consider myself a sissy, but I recognize the longings underpinning these sexual fantasies.

In and for itself my life story (if my analysis is correct) could be a sufficient explanation for my autogynephilia, and I do not doubt that my life experience has been a contributing force.

The sissy stories may indicate that there are a lot of autogynephiliacs out there that try to come to terms with their trauma by finding a new role as a submissive woman, at least in their fantasy life.

Still, I doubt that this is the whole explanation. Many boys will not accept this kind of treatment. I had a sibling who froze my mother out and attached himself to my father instead. There must have been something in me that made me go for this particular "solution".

I believe there were strong feminine traits in me that responded to this kind of mistreatment, but it is hard for me to determine whether I would have become an autogynephiliac if my upbringing had been more normal.

Here's one take on it though:

Let's say I truly am a woman trapped in a man's body. That will naturally lead to a strong alienation from my own body. I would find it hard to accept it, to like it, to find peace in it. My self-loathing and low self-esteem may very well be caused by this, and not only by what my mother did to me.

It could be that I actually accepted my mother's negative view of men, because I hated myself as a man, being in fact a (kind of) woman. The hatred of my own masculinity could easily be turned into a general hatred for men, given the right (No! wrong) conditions.

Of one thing I am certain. I strongly believe that the condition of most (if not all) transsexuals has a biological foundation. In too many of the life stories I have been told and have read, the kid comes out as a transgendered at a very early age, often down to two years old. You cannot explain that as caused by psychological abuse. The process I have told you about takes place over a long period of time, all the way up into puberty.

Note also that a majority of the transgender fantasies found on the web do not include forced sissyfication.

Secondly, I have no reason to believe that all transwomen and transmen have lived in dysfunctional families. Obviously many of the parents have had difficulties understanding and even accepting their kid's condition, but that lack of understanding cannot have caused the condition. Common sense requires that their reluctance should have hindered it, rather than stimulated it.

This means that the introduction of a psychological explanation can mean one of two things:

1. The life experience of an autogynephiliac can alter the way the condition plays out. It can make it more traumatic, but it cannot cause it.

2. There are several types of transgendered people: Some based on biology and some the result of psychological trauma.

My gut feeling is to go for alternative 1, but I cannot prove it.