Study on differences in mental health between homosexual and heterosexual transsexuals 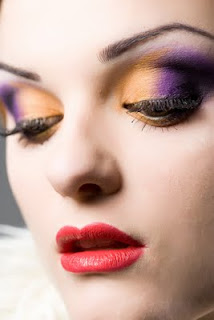 The researchers therefore argue that a classification based on sexual orientation should  be used carefully in clinical practice, "as the relationship with comorbid psychopathology is less clear than often assumed."
I take that as an indirect critique of Ray Blanchard's insistence on there being two distinct types of transsexuals. One of the authors, Peggy T. Cohen-Kettenis, is actually member of the same DSM-5 workgroup as Blanchard. I do hope she brings this research to the attention of the rest of the group.
So I stand corrected. If these results are correct my idea of androphilic transwomen being more emotionally stable than the gynephilic ones is wrong.
An explanation for the equal level of distress
My mistake may be caused by me underestimating other types of social dismissal. Julia Serrano, transwoman, trans-activist and previous crossdreamer, makes  a very pertinent observation in her book, Whipping Girl:
"I was sometimes teased for being different, for being an atypical or unmasculine boy, but it was nothing compared to venom that was reserved for those boys who acted downright feminine." (p. 3)
In other words, young androphilic transgirls may be interpreted to be "effeminate sissies", and for a male bodied kid that is a social kiss of death. They may indeed make better use of -- and gain respect for -- their more outspoken femininity in alternative circles, when they grow up, but as long as they stay among the muggles they are bound to be harassed even more severely than  less flamboyant transkids.
The only significant differences the researchers could find between the two groups of transwomen was that the androphilic scored significantly higher on the Schizophrenia scale compared to the non-androphilic. I don't know what to make out of that.
What really surprised me, however, was the fact that the two groups score more or less the same on Social Introversion and Depression, and both groups are within the normal -- non-pathological -- range!
It could be that the introversion and shyness I see among many non-op M2F crossdreamers is an effect of the shy ones being more likely to explore their transgender condition online. Or maybe their shyness makes it less likely for them to seek SRS.
Limitations
What seriously bothers me with studies like this one, is that the researchers continue to feel compelled to react to Blanchard and similar researchers. I guess it is good for comparability, but it also means that some of the underpinning ideology follows with the methodology.
It is, for instance, completely unnecessary to use the offensive term "homosexual" for heterosexual transwomen. You can use "androphilic" instead.
By sticking to Blanchard's two category model, "homosexual" vs. "non-homosexual", they also end up sorting out a lot of valuable data even before the study has begone. Many transwomen will tell you that they do not feel at home in a scheme that does not take bisexuality and asexuality seriously.
The researchers are aware of the problem:
"As sexual orientation consists of various components (romantic attraction, sexual behavior and sexual identity), people may have responded to different aspects. In addition, sexual orientation can change during a person's lifetime, and this may be particularly true for young women."
And then they make a very important observation, which I find extremely interesting:
"Regarding transsexual individuals especially, it could be difficult to identify as 'homosexual' or 'non-homosexual', as their sexually orientation may be obscured by their gender dysphoric feelings."
I take this to mean that some transsexuals (and in other gender dysphoric transgendered persons) may suppress their trues sexual orientation in order to fit into the expected pattern of behavior.
From what I see in crossdreamer and transgender circles I doubt that this applies to their basic sexual orientation. Most M2F crossdreamers are -- for instance -- to gynephilic for that to be the case. It could be, however, that our social conditioning weakens a more common sexual flexibility or bisexuality.
ABSTRACT
"Comparing adult and adolescent transsexuals: An MMPI-2 and MMPI-A study",  de Vries,  Kreukels, Steensma, Doreleijers and Cohen-Kettenis in Psychiatric Research (186 (2011) 414–418).
"Sex, sexual orientation and age have been shown to be important in relation to psychological functioning in transsexuals. However, only few studies to date took these factors into account and not earlier have adolescent transsexuals participated. In this study the Minnesota Multiphasic Personality Inventory (MMPI-2 or MMPI-A, respectively) was administered to 293 adults (207 male to female transsexuals (MtFs), mean age 38.04 (range 18.56–65.62) and 86 female to male transsexuals (FtMs), mean age 33.26 (range 18.95–64.30)) and 83 adolescents (43 MtFs, mean age 15.70 (range 13.16–18.70) and 40 FtMs, mean age 15.64 (range 13.05–18.56)) with a gender identity disorder (GID). Of adult MtFs, 33% were categorized as “homosexuals” [in fact: heterosexual, as these are transwomen who love men] and 66% as “non-homosexuals” [meaning non-adrophilic, i.e. woman-loving or bisexual]. Of adult FtMs, 77% were categorized as “homosexuals” and 33% as “nonhomosexuals”. Adult FtMs functioned significantly better than MtFs on three clinical scales. Contrary to what is often assumed, no differences in psychological functioning were found in the adult transsexuals with regard to sexual orientation, except on one clinical scale. Most remarkably, significantly more adults with GID scored in the clinical range on two or more clinical scales than adolescents with GID. Therefore, early medical intervention may be recommendable for adolescents with GID."
Members of the XDSC can read this and other relevant research papers in the libray.
Posted by Jack Molay