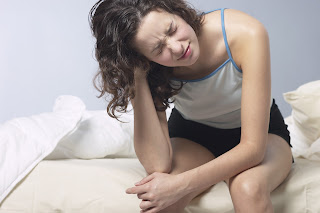 "3. Experiencing the discrepancy between their actual (maletypical) body and their desired (female-typical) body causes signiﬁcant distress for these men."

"4. The combination of a primary mental dysfunction with signiﬁcant distress ﬁts the deﬁnition of mental disorder provided by Wakeﬁeld and First (2003)."

[In the sense that autogynephilia is evolutionary disadvantageous; it reduces the possibility of getting offspring and transferring one's genes to the next generation.]

"5. The cross-gender identity that gradually emerges in the course of this development is merely one’s current sense of oneself as being psychologically male,  female, or of indeterminate sex, and does not really replace the core gender identity ('biologically male')."

First Meyer-Bahlburg turns Lawrence's argument on its head. While Lawrence doubts that the autogynephilic child has a female gender identity, Meyer-Bahlburg questions the idea that  it has a biological based male identity.

"In young children, the initial development of gender identity does not depend on their perception of their primary sex characteristics, but on the gender labeling by their social environment, along with the imposed gender symbols, such as gendered clothing and hair styles, and the children’s psychological gender ﬁt (in terms of activities and interests) with their local social environment, particularly the peer group if available. There are a number of studies that show the lack of salience of the genitals among the criteria by which gender-typical children categorize their peers by gender (McConaghy, 1979; Volbert, 2000)"

I am not sure that Blanchard and Lawrence would argue that it is the male bodied child's understanding of its penis that makes it male.  It could be that Meyer-Bahlburg is misreading Lawrence's text here. Lawrence writes that:

"Nonhomosexual [i.e. gynephilic] MtF transsexuals do not have a female or cross-gender core gender identity: In childhood, during pre-transition adulthood, and after sex reassignment, they know that they are, always have been, and always will be biologically male."

I suspect that Meyer-Bahlburg interprets this sentence to mean that the bodily awareness of the gynephilic M2F transwoman means that she has a male gender identity. The fact is that the sentence is virtually meaningless, as the only thing it says is that the "autogynephiles"  know that they have a male body. In time all male to female transsexuals understand that they have a male body. This also applies to the androphilic ones.

The fact is that the only meaningful parallell to gender identity found in the "autogynephilia" theory is sexual orientation. Homosexual men are feminine, and androphilic transwomen are therefore also feminine.  The reason androphilic transwomen are not mentally ill, according to this theory, is that they have the "proper" sexual orientation towards masculine men (proper for gay men, that is). Heterosexual men are not feminine, and because of this the "autogynephile's" sense of a female self must be false.

(Yeah, I know. It is absolutely amazing that scientists can get away with this!)

Meyer-Bahlburg' argument is still valid though. He believes gender identity is primarily a social construct. Indeed, he argues that the reason children start to focus on genitalia is in response to the protests of the parents. The argument "You cannot be a girl, because you have a penis!" leads to the wish of seeing the penis gone. In other word: The experience of being a girl instead of a boy (or vice versa) comes first. The interest in the genitals is an effect of the parents' protests.

Meyer-Bahlburg also refers to interesexed persons with XY chromosomes (46,XY children with certain disorders of sex development) who have been raised as girls and who have been given feminized genitalia through surgery, nevertheless insist that they are boys. For these reasons, Meyer-Bahlburg argues, it does not make much sense to speak of a core gender identity as ‘‘biologically male’’ that begins in early childhood.

In other words: The early gender identity is not based on the shape of the body, but on a psychological sense of self.

He also argues against the idea that children will identify either as male or female. Few gender researchers believe so, he argues:

"Yes, most people identify either as male or as female, but within such an overarching categorical identity people can perceive themselves as being more or less masculine or feminine. The latter is not an alternative form of an identity, just a qualiﬁcation of one’s overall self-categorization in terms of the given binary gender system."

He then presents a model that is similar to the "slider" model  presented in this blog, conceptualizing "gender identity as a multidimensional construct"  encompassing "a variety of evaluative components that interact in a complex developmental process."

In other words: He is rejecting Lawrence's reductionistic/simplistic approach to gender development.

Given that autogynephilia represent a mental preference, I am not sure it would be possible to prove or disprove its existence among -- let's say -- bonobos. Lack of interest in copulation could be caused by other factors than autogynephilia, and since the male to female bonobo cannot tell us about  his wish to become a female bonobo, we have no way of knowing.

That is not the point Mayer-Bahlburg makes, however. He questions the very premise of calling such a trait dysfunctional among humans. We are no longer living in the wild:

"Are arguments based on traditional evolutionary theory, i.e., on procreation success, really appropriate for such aspects of the human condition, given the complex, urbanized, industrial and postindustrial societies of the twentieth and twenty-ﬁrst centuries, from which the classical evolutionary selection pressures have largely been removed, while the opportunities for individual psychological specializations have enormously expanded?"

He also argues that we would  have to apply the evolution-based argument, if it was still valid, to paraphilias, celibacy, contraception habits, homosexuality, and more, and label all of those ‘‘dysfunctions’’. That would not be  plausible.

Meyer-Bahlburg  refers to recent brain research, arguing that such ﬁndings suggest at least a vulnerability, perhaps even an underlying endophenotype (genetic marker), for the development of a gender identity in conﬂict with the assigned gender:

"Either would indeed be based on biology, namely variations in the factors that ordinarily bring about the sexual differentiation of the brain, but this concept appears to be at odds with Lawrence’s concept of a (biological, body-appearance based) core gender identity."

As I noted before, it is more at odds with Lawrence's idea that sexual orientation equals femininity/masculinity, which can be thought of as a proxy for gender identity. But the end result is the same.

Meyer-Bahlburg's most important argument, however, is the one on distress. He does not accept that distress is an obligatory part of being a gynephilic M2F transsexual.

"I see distress as an ascertainable emotional condition, and that condition varies tremendously across individuals with GIV."

This is line with the research I referred to in my post on the  Study on differences in mental health between homosexual and heterosexual transsexuals, which showed that not only are gynephilic transwomen in general mentally healthy; they are in fact as healthy as the androphilc ones.

This means that the only way Blanchard and Lawrence can put the "mentally ill" label on the male to female crossdreamers is to make use of her evolutionary argument, instead of an argument based on the emotional well being and social abilities of an individual.