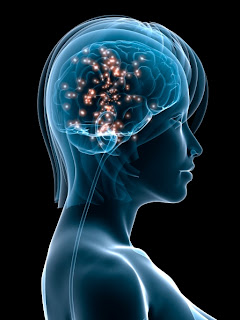 For example, there is the case of David Reimer. Reimer was born a male along with a twin brother. Shortly thereafter, the two brothers were taken for circumcisions. The operation on David was badly botched. After consulting with "experts" on sex and development, David's parents decided to have him surgically modified to be structurally female.

From that point on he was reared as a girl and was on estrogen therapy appropriate to developmental needs. At an early age David began resisting his status as a girl and insisted that he was a boy. By the time that s/he reached the age of 14, the parents gave up and explained what had actually happened.

From that point forward, David did everything that was within his power to reverse what had been done to him. He subsequently lived as a man as implied by the name David that he took for himself. Unfortunately, David ended his own life at age 38 (more here).

There are apparently a number of such failed natural experiments, but David Reimer is the best know because he decided to allow all the details of his case to be made public.

What this natural experiment clearly suggests is that there is no significant socio-cultural contribution to sex identity. You cannot have a cleaner test of the socio-cultural hypothesis than a young child surgically modified to conform to external female morphology, estrogen therapy and socialization during childhood as a girl.

Even if one argues that the parents weren't fully committed to the path they had chosen, the influences marshaled to affect a change in sex identity were far greater than can be imagined under any set of typical childhood circumstances.

The likelihood that the parents weren't fully committed to making this natural experiment a success seems remote. They were convinced that it was possible by doctors who were supposed to know about these things. They chose to embark on the recommended course of treatment, which for all practical purposes was irreversible once the surgical procedures to remove the male testes and modify the genitalia was completed. They, no doubt, gave the project their best effort knowing that there was no going back. It just didn't take.

Another natural experiment that has bearing on some of the issues is that of individuals with complete androgen insensitivity syndrome (CAIS) [more here].

The cells of which these individuals are comprised either do not have receptors for testosterone or do not respond to the hormone. The default morphology in such cases is female. When this occurs in a male fetus, the outcome is a child that is genetically XY or male and whose external morphology is female. Such individuals do not, however, have the internal female reproductive organs. In other words, a male genotype and a female phenotype, at least in most observable respects.

Individuals with CAIS are reared as girls and the parents and the child are often unaware of the presence of the condition until puberty. Many of these individuals do suffer psychological issues when they become aware of their condition but they do not grow up thinking they are male.

Further, they almost invariably live as women and follow a typical female life course. They are sexually oriented toward men and usually marry. Many also become mothers and rear adopted children within their marriages.

When there are other than temporary identity problems in these cases, they seem to be mostly accounted for by partial AIS (PAIS) in which the male child is born with deformed or incomplete genitalia. In such cases, the insensitivity to testosterone is not total. In some such cases, they may be surgically modified to be female depending on the status of the genitalia.

What this natural experiment suggests is that sex identity is not a simple product of DNA or genes. The outcome in CAIS is, for all practical purposes, a woman with male genes. These genetic males have female physical features, female sex identity and a female sexual orientation (i.e., toward males), which seems to be the human default condition.

DNA is not all

A cell biologist, Bruce Lipton, argues that DNA directly controls nothing and these cases appear to bear him out. Lipton argues that DNA is simply a blueprint for various proteins and that like any blueprint it is not self-activating. DNA in a cell's nucleus must be turned on or activated before it will respond and produce a protein.

What turns it on, according to Lipton, is a signal that is external to the cell. Such signals attach to a receptor on the surface of a cell and cue the cell to send a signal to the appropriate DNA sequence or gene in the cell's nucleus to activate it. Testosterone clearly seems to be a signaling chemical that can activate sex related genes and modify some cellular functions. In the absence of the external signal, the genetic sex of a male remains unexpressed.

Sorting out the particulars and understanding the mechanisms and the variations may be possible by a careful study of natural experiments. The two types of cases discussed above seem to clearly rule out socio-cultural factors and simple genotype.

The answer to the questions about TG in males will probably be found in exploring natural experiments that represent the middle ground between these two types of cases. It appears that the middle ground is probably formed by individuals with PAIS. What seems probable is that in TG males, sex hormones in their role  as external cues that activate genes will be critical.

In TG males, testosterone production is adequate for activating the genes that modify the fetus to follow a male line of morphological development. However, there apparently are further functions for testosterone that are in whole or part not carried out. It seems likely that the critical function is related to a signal to the cells, especially the neuronal cells of the brain, masculinizing the male fetus.

The speculative hypothesis put forward here is that TG males arise from hormonal signaling gone awry. The errant signaling is likely to be largely, if not wholly, related to testosterone, especially too little hormone or weak sensitivity to the hormone at the wrong time.

It seems likely that the explanation for TG females might also be found to be related to errant testosterone signaling or receptor sensitivity that occurs too late in the gestation process to affect morphology but could still cause neuronal cells to activate DNA with male sex identity functions.

It seems likely that TG males and females are due to errant androgen biology. In the former, this is probably due to a deficiency of some sort and in the latter probably due to an excess of some sort. It also seems likely that there would be fewer TG female outcomes simply because the default biology is female and should thereby be more robust and less susceptible to errant hormone signaling.

Genetic activation, to one degree or another, of biological sex identity probably has limited but necessarily some biologically based behavioral implications. There is some pretty clear evidence from evolutionary analysis that there are some basic differences in male and female reproductive strategies that lead to differences in behavioral styles.

The most critical factor in observational learning is attention to models. Thus, sex identity might be considered an attention orienting variable. For example, a male with a female sex identity, in whole or part, will to some degree be biologically oriented toward attending to female models. This is not unlike the priming that a fetus's brain receives to focus attention on language models to facilitate acquisition of language in its developmental environment.

The content that makes for femininity is largely socio-culture and will vary by time and place. An individual with a focus of attention for female behavior will through observation or social learning acquire some degree of those behaviors and attitudes associated with the female models in his or her life. The strength of this biological orienting response will affect how strong or weak are the learning conditions.

A further impact on the strength of the learning will be governed by whether or not the environment supports and reinforces the learning of feminine content. In the case of TG males, there should be variability in the strength of sex identity both for male and female aspects. This should result in variable degrees in the attention orienting response to both male and female models.

Combine this with variability in the environmental support for or disapproval of attending to and imitating cross sex models and there exists the potential for a wide range of outcomes ranging from fantasy male femaling (to borrow a term from Richard Ekins) to medically orchestrated sex change, which in fact is what is seen in TG males.

In sum, the hypothesis is that a male's sense of sex identity is determined at the biological level and is related to hormonal signaling. When this signaling goes awry, TG males result. It seems likely that the errant signaling is related to diminished androgen signaling at a critical time or selective cellular insensitivity such as in neuronal cells to androgen signaling at a critical time or more generally. The degree to which the signaling goes awry accounts for different degrees of expression seen in actual TG males.

That femininity and masculinity are learned expressions of gender is, no doubt, largely true. However, it is also proposed that the focus of attention needed to readily acquire expressions of gender through observational learning has a biological basis in one's sense of sex identity. Finally, attempts to socialize against one's biological sense of sex identity, as in the Reimer case, will be met with resistance and will likely fail.