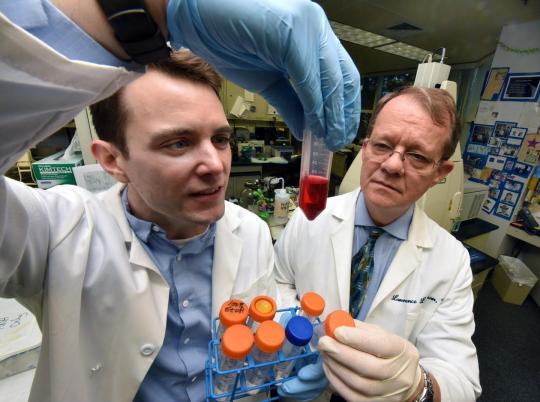 Newsweek reports of a new study of 30 transgender men and women  diagnosed with gender dysphoria. The researchers found what they described as 21 "rare" variants in 19 genes, in pathways in the brain associated with the sex hormone estrogen.

This may indicate an association between some gene combinations and the development of transgender identities.

There is no single "trans gene"

Every time I see an article like this, I feel a strong need to bring in the wider context. There is no transgender gene, in the same way there is not gay gene. This we know. Sexualities as well as gender identities are the end results of a complex interplay between various factors.

These researchers say the same thing to Newsweek:


The authors stressed in the study that they were not looking for a so-called "transgender gene," which might wrongly suggest that those with this gender identity are ill in some way.

[J. Graham] Theisen said gender is on a spectrum, in the same way that eye colour is. Rather, they wrote, the aim was to "understand the complexities of gender development through the lens of genetics."

A person's "gender identity is more likely the result of a complex interplay between multiple genes as well as environmental and societal factors," they said. The team acknowledged that categories like "transgender male" and "transgender female" alone aren't enough to describe individuals who don't identify as cisgender. For instance, others might identify as non-binary, or in numerous other ways.

The researchers are looking to enlarge the study to include more trans people. A sample of 30 is a small one.

The potential danger of such studies

I know that some trans people argue that we should dismiss such studies altogether, as they may be used to invalidate trans people as ill or to distinguish between “real transgender people” and “trenders”. There is always a danger of that.


I still believe, though, that it helps to know as much as possible about what makes trans people trans, and that such research may give important input to that discussion. We should always be very critical, though. History is full of “experts” who thought they had “proved” that being gay or trans is a mental illness.

Scientists are not standing “outside” society and culture, looking in with objective clarity. They are human beings, influenced as much by culture and prejudices as the rest of us. However, by comparing various studies and reports, from different institutions and disciplines, we may gain a better understanding of what is really going on.

A lot of recent studies indicate that gender identity and gender expression can be influenced by the hormone environment in the womb.

Dr. Lawrence C. Layman, one of the scientists,  points out: Your sex organs do not determine your gender identity. "..[It's] whether estrogen, or androgen, which is converted to estrogen in the brain, masculinizes the brain during this critical [prenatal] period."