When does a woman look like a man? What AI can tell us about gender.

The way an AI (artificial intelligence) interprets gender can tell us something about how we humans see gender. It seems there is a very narrow tipping point where we start to reclassify from male to female and vice versa.


Gulliver made me aware of a new artificial intelligence (AI)  based app called Artbreeder over at Crossdream Life. It lets you transform images and photos in a wide variety of ways, including merging photos of two persons and adjust "genes", i.e. variables that defines physical traits.

One such "gene" is gender. You can take a photo of a person, adjust the "gender gene", and watch how feminine traits turn into masculine features.

This software is using machine learning, and it  its calculations are based on  input from a vide variety of photos and pictures. I am not sure how they define feminine and masculine in these algorithms, but keep in mind that the input is culturally defined. AI has a tendency of reproducing contemporary cultural biases.

That being said, what interests me here is not how the AI sees gender, but how I see it, how human beings see it. 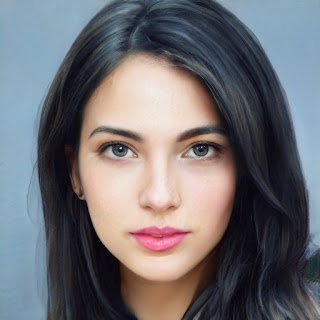 I used the illustration above as a starting point. This means that the gender gene is set to 0.

I can move the slide to the left to make her more feminine. Below is a rendering set at -1, and you can see that the background data is influenced by drawings as well as photos. Indeed, if you go even further to the left, it is easy to see that the AI is using fantasy genre illustrations of extremely feminine women as a basis, which makes them unrealistic. This is mainly because the starting image was very feminine from the beginning. 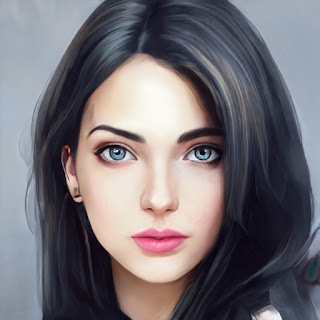 But I am more interested in the boundary between the masculine and the feminine.

So I moved the gender gene slider up to  +1, which gives you a natural photo of a natural woman: 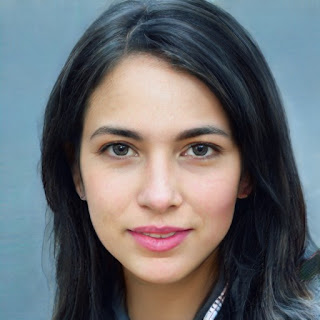 Here's the same woman at 2: 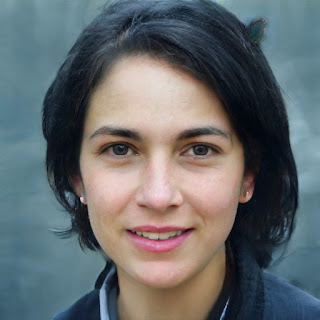 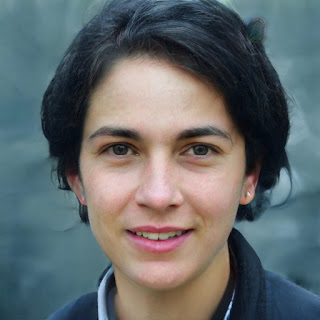 At 2.4 there is a slight mental shift in the my head. My mind is getting confused. 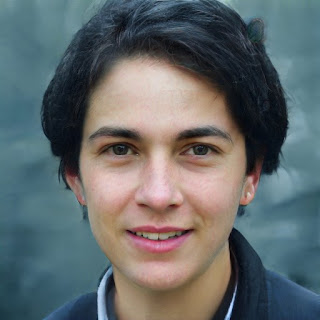 And at 2.5 we have, at least as I see these pictures, moved from one gender to another. 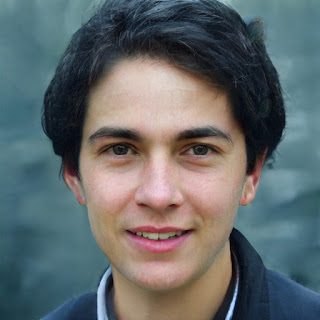 The boundary between the two is very narrow, and that is the point I am trying to make. There is some kind of tipping point here where my mind, based on the info these pictures give me, reclassify this person from female to male.

If we move up to 3.0 the distinction is clear. 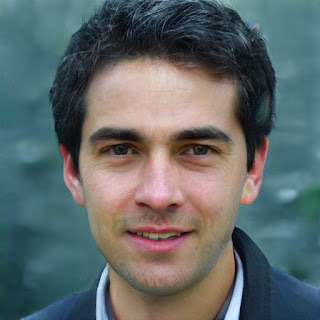 Beyond this added masculinity seems to be measured in hair growth and age, as in 4.5: 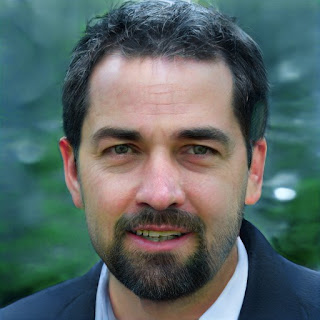 It is as if the AI measures the ravaging effect of testosterone over time. At 6 our test subject is given glasses. Again: Keep in mind that the AI is making use of culturally defined images. It is not basing its renderings on biology. 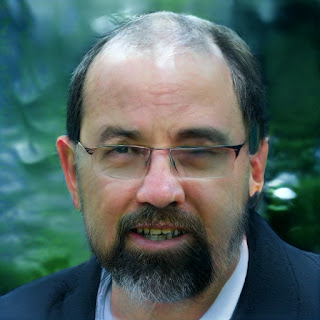 The idea that masculinity is somehow associated with old age and femininity with young age, is probably a reflection of the idea that women have more childlike features.

In real life, when we meet and categorize people on the basis of gender, we have a lot more information to go on. That means that a person that looks like the 2.4 or the 2.5 above might be classified as a man or a woman based on other signals: Clothing, mannerisms, height, body fat/muscles, the voice and so on.

Still, it easy to see why trans women often chose to undergo facial surgery in order to "move the slider to the left", and why trans men grow beards in order to move it to the right.

There are a wide variety of factors that influence the perceived masculinity or the femininity of a face. I am not going to go through them all here, but will mention that in North American and European countries men are supposed to have larger noses, wider foreheads, narrower lips and less prominent cheekbones.

Evolutionary psychology has come up with a lot of  theories about how such preferences appear, but it seems to me that many of them are based on sexist stereotypes of the powerful and protective man and the vulnerable and fertile woman, so I am not a big fan. In general the differences between men and women are small compared to species where power structures are clearly based on body mass (as in gorillas).

I see far too much variation in personal preferences as regards human gender traits for such simplistic models to make sense.

Indeed, for some traits of masculinity in a woman is considered extremely attractive, in the same way some women prefer feminine looking pop stars.

The ideal masculine and feminine trait will also vary from period to period and from country to country, so I am not sure there is that much to learn from the underpinning biology here.

I suspect that sexual selection may play a role on the genetic side on the aggregate level, in the sense that it produced the average differences we see. Still, sexual selection is most often random and does not give any real advantage as regards survival (as in the dysfunctional tail of the male peacock).

Having popular features increases the chances of getting laid, though – there is that (which again explains the dysfunctional tail of the male peacock.) In other words: What becomes popular becomes even more popular in a specific group, being that in animal species or a human tribes, which may explain some of the recurring preferences.

What seems to be clear, however, is that we are either wired or trained to see subtle differences between men and women, which reflects some kind of underlying need to categorize people as male and female, regardless of how masculinity and femininity is defined or understood.

This does not in any way invalidate the identities and expressions of nonbinary or androgynous people. It simply reflects a cultural fact: In most human societies on Earth in this day an age, gender is seen as important. This also applies to the way we look. Indeed, the term androgynous only makes sense in a world where masculinity and femininity is a thing. The androgynous transcends these two categories.

The masculinity/femininity axis is real – even if it should turn out to be a social construct only. That partly explains why  gender dysphoria so often is expressed through an alienation from ones own body and facial features, and why so many trans people feel gender euphoria when their bodies start to reflect their true gender. And when the slider passes the tipping point they are also seen as who they are by others, a life-giving affirmation if any.