Trans-exclusionary radical feminists are transphobic white and well off women who think that trans women are a greater threat to women than right wing homophobic extremists and fundamentalists. They recycle all the right wing transphobic talking points and theories, but wrap them in the fake colors of "gender critical feminism."

Some of them are soccer mums who so afraid of social exclusion that they are willing to sacrifice the happiness of their own trans children on the altar of binary compliance in order to fit in. The most aggressive activists, however, are militant lesbians who fear that trans women will erase the clear binary they believe they need to live out their hatred of men.

Do not be deceived. Their brand of feminism is toxic and causes a lot of suffering in LGBTQA circles. Most feminists shun them.

On this site:
How radical feminists are using the autogynephilia theory to persecute transgender people
Transphobic propaganda and the myths of desistance and regret
On lesbians, transgender people and feminism 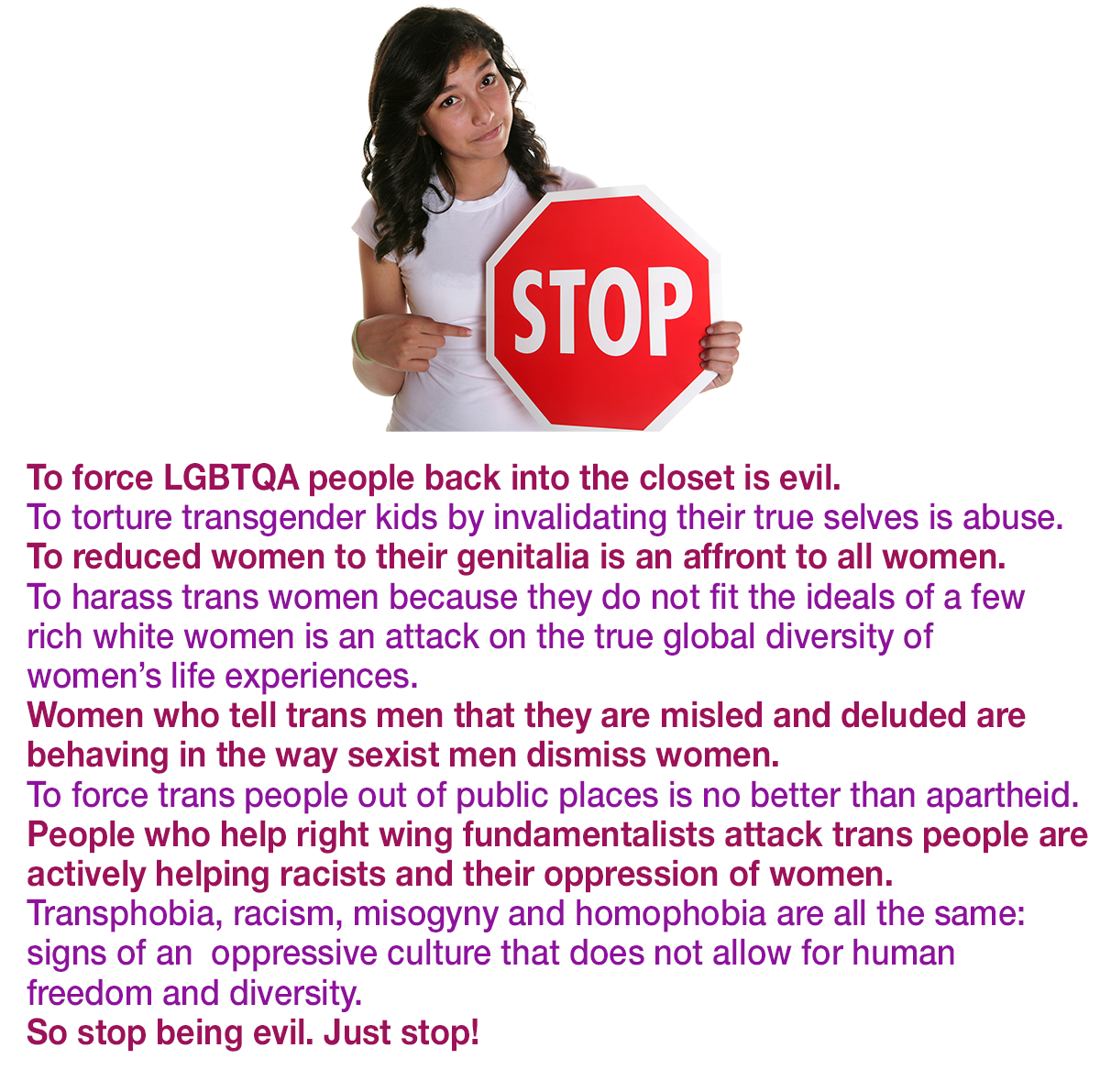