I had great plans about publishing the first post in a new series on the archetypes and dreams of feminization, but I must admit that there is not enough time this side of the summer.

I pride myself in writing blog posts based on research and thorough analysis and that takes time. So instead of beating myself up with not being able to go on as planned, I am going to take a small summer vacation. I'll be back with new posts in the second part of July at the very latest.
In the meantime, I'll try and keep up with the comments. 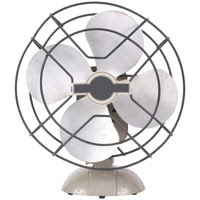 I have to be frank with you: Writing this blog takes it toll. It may seem academic and intellectual to some of you, but I am constantly challenging my own being and my own self understanding, and that stirs up all kinds of feelings: longing and depression, excitement and despair. This never gets boring, that's for sure!
This is why I am so glad to have active readers commenting and contributing to the discussion. That helps me a lot!

Here are my plans for the fall. If there are any other topics you would like for me to look into, add a comment!

Far too often the feminization fantasies of crossdreamers are dismissed as mere fetishes or perversions. Few try to explain why crossdreamers (or "autogynephiliacs" as Blanchards calls men who dream about having a woman's body) have exactly these kinds of fantasies.

I feel great admiration for Carl Gustav Jung and his explorations of the human subconscious, and I believe he has a model and a typology that might help us understand why crossdreamers crossdream the way they do.
I believe the content of these fantasies is the way the subconscious is trying to make sense out of deeper instincts and drives. It is time for an exploration of transgender dreams and archetypes, as they are found in TG fiction, myths and fairytales.
What genetic XX women dream about

So what did I do? I bought several books with women's erotica: sexual fantasies written by XX women for other women.
I had a pretty good idea that there would be some overlap between these fantasies and the ones found in TG short stories and caps. The fact is that I found that all the major themes found in women's erotica can be found in the fantasies of crossdreamers. All of them!

It is true that most women do not get turned on by transformation fantasies, but then again, they already have the bodies M2F crossdreamers long for.

The quest for the holy grail of femininity

One of the most disturbing part of the online transdebates, is the idea that only transwomen who look and act like feminine women are really worthy of the term "woman".
Some transwomen attack other transwomen by publishing pictures of them online, "proving" once and for all that this person neither looks nor dresses like a woman, and should therefore not be accepted as such.

The fact that many crossdreamers strongly feel and believe that at least parts of them are woman-like, is dismissed with similar arguments. They neither look nor act like women. Whatever they feel inside is irrelevant. They are, at best, men in drag.

I want to look into this idea of passing as a sign of true womanhood, and see if it make as much sense as its proponents believe.

A possible new explanation for autogynephilia

I plan to go back to Blanchard and Bailey and look at their explanation for autogynephilia or crossdreaming.
Blanchard has two unproven theories: the target location error theory (where men internalize the proper love object: women), and the alternative sexuality theory (autogynephilia as a parallel to heterosexuality and homosexuality).

As an experiment I am going to take crossdreamers and transwomen at their word. I am going to see if some kind of true inner "womanness" can explain Blanchard and Bailey's findings. In short: I will see if there is a simpler and more elegant model that can explain the same observations.
How other cultures integrate transpeople
I know I promised you this last fall, but I am going to write about how other cultures treat transpeople. I believe we take far too much for granted as regards our understanding of what is masculine and feminine, and what is the proper behavior of the two genders.
If we can find cultures who have treated transpeople differently, we have also proven that the present rules for proper behavior are not self evident.
I am going to make several approaches:
The first one is to look at pre-patriarchal society. That is a fancy word for the cultural environment found in the Middle East and Europe some five to six thousands years ago, before warriors from Central Asia invaded the area and introduced religions with male war gods at the top. Before that time, religious and culture life was dominated by the mother goddess.
She might not have been as peace loving as some feminists believe, but it is certainly true that cultures like the Minoan one had the deepest respect for women and their role in society. The focus on growth instead of war made a huge difference in the way they understood and appreciated the feminine.
Even after the goddess was dethroned as the leading deity she lived on as a strong player in Sumeria, Egypt, Greece and Rome. I will take a look at the cult of Inanna in Sumeria and the cult of Cybele in Rome. The priestesses of both cults were transwomen. I am also looking into the cult of Dionysus, which also have transgender component.
Given that the cult of the goddess grew out of shamanistic cultures, it will also make sense to see how recent hunter and gatherer cultures look at gender. Shamans ("witchdoctors") in many of these cultures crossed the gender divide, and several of the Native American tribes respected the "two spirited".
I may also look into European renaissance philosophy and see how they integrated the masculine and the feminine in their way of thinking.
Dreaming of shemales
Shemale is a derogatory term given by the porn industry to transgenderists and pre op transwomen, i.e. transwomen who for some reason or the other have kept their penis.
I am not going to go into the debate on whether it is OK for transwomen to keep some of their male parts. (As far as I am concerned they should be allowed to do whatever they please). I do not think shemales exist in real life, even if some of these transwomen are willing to play the part, in adult entertainment or as call girls.
No, what I plan to do is to look at shemales as an object of transgender erotic fantasies. Even if there are no shemales in real life, they do exist in transgender dreams and art. If we can explain why some biological men dream about such women, we might get closer to explanation of what crossdreaming is all about.
Harry Benjamin
I have reread Harry Benjamin's book from 1966: The Transsexual Phenomenon, a book that is still very influential and well worth a study. He continues to serve as an alternative to Blanchard and Bailey and their explanation for autogynephilia.
I must admit, though, that one of the reasons I went back to Benjamin, was a meeting with the "Harry Benjamin Syndrome", a theory invented by some extremist transwomen who desperately try to put some distance between themselves and people who are more likely to read this blog. They claim that Benjamin argued there was a fundamental difference between transwomen and "fetishistic" crossdressers, and that the two groups have nothing in common.
Benjamin definitely meant there was a difference, but not a fundamental one. Instead he argued very much in the way I have been doing: That there is some kind of continuum and that the two phenomena are related.

As you can understand I stick to my program of controversial openness. We have to talk about these things if we are to understand them and learn to accept and love ourselves and others.
For those on the Northern Hemisphere: Have a great summer! And to all you southerners in Latin America, Africa, South Asia and Oceania: have a great whatever you do!
Posted by Jack Molay