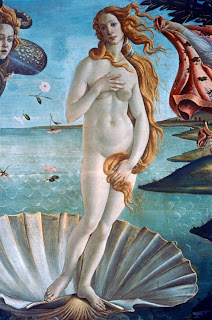 For new readers: the sexologist Ray Blanchard has developed a theory of what he calls autogynephilia (and what I call crossdreaming), which is about men who get aroused by the idea of imagining themselves with a woman's body. Crossdressers are a subcategory of autogynephiliacs in his model.

Blanchard explains this condition as a result of misdirected sexual desire. (See Autogynephilia on a Napkin for a popular introduction.)

Although the theory has led to a wide and painful debate in the transgender community, it has not been met with much interest among other researchers. However, in the latest issue of Journal of Homosexuality (57: 6, 790 — 809, June 2010) Charles Moser sets out to do just that.

Moser is a Dean of Professional Studies at the Department of Sexual Medicine, Institute for Advanced Study of Human Sexuality, San Francisco. My regular readers may know Moser as the one that showed that autogynephilic fantasies were common among genetic XX women.

Moser sums up Blanchard's theory in this way:

Moser's point is that with Blanchard there is a one-to-one relationship between sexual orientation and the explanation for the transgender condition. In Blanchard's world all transgender phenomena can be explained along two dimensions: biological male vs. biological female and heterosexual vs. homosexual. This is a long way from the "mixing table" narrative I have presented here at this blog, where gender is caused by a combination of a large number of variables.

In fact, what Blanchard is saying is that androphilic (man-loving) M2F transwomen (who he calls "homosexual transsexuals") are feminine men who transition to get access to straight men. While all other transexual women (as well as other biological men with autogynephilic fantasies) are suffering from a target location error. They are attracted to the idea of they themselves having a female body. Some of them are also driven by this sexual desire towards transitioning.

This means that androphilic and gynephilic (woman-loving) transwomen basically have nothing in common as regards the cause of their condition. They belong to separate worlds, if we are to believe Blanchard. 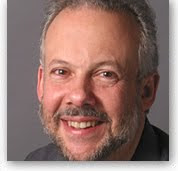 The negative consequences of Blanchard's theory

Moser points out that critics -- professionals as well as MTFs -- focus on the implications of the theory. If Blanchard is right this would imply, they say, that: (Moser's list; my comments in brackets)

Moser points out that even if Blanchard's use of language may appear to be scientifically neutral, it can hardly be read that way:

"Although possibly descriptive, the notion of autogynephilia has particularly negative connotations within segments of the transsexual community. In the same way that it may be accurate to state that men, on average, have more upper body strength than women, it is inappropriate and inflammatory to say that women are the weaker sex. It is also inappropriate to say that MTFs, who have struggled to be considered women, are just generic men with an unusual sexual interest."

I agree, but describing the negative consequences of a theory does not prove it wrong. The truth may hurt, and it is the role of science to get to the truth. I really don't understand why Blanchard and his supporters insist on using this kind of language. Even if they do feel that "homosexual transsexuals" are men, a more neutral terminology ("androphilic MTF transsexuals") may have led to a more fruitful debate.

The fact that they are using politically incorrect language does not in itself meant that the underlying theory is wrong, however. Blanchard is one of the very few that has had the courage to walk into this minefield (or "mindfield") . I for one is glad he did, because it meant that my condition was at least recognized by someone. This means that if we are to criticize Blanchard we need more than complaints about language and politically incorrect opinions.

Does Moser have any good arguments against Blanchard's theory? He does.

First Moser attacks the methodology of Blanchard. Moser is arguing that Blanchard is making shortcuts that are not acceptable.

Blanchard is basing most of his research on questionnaires given to patients at the Clarke Institute of Toronto. Moser points out that the questions themselves are leading the researcher towards an affirmation of Blanchard's theory:

A sample item is, “Have you ever felt sexually aroused when putting on women’s underwear, stockings or a nightgown?” All the items in this scale use the term “ever,” emphasizing that even one episode in the distant past factored into the score on this scale.

In other words: Blanchard leaves no room for the ambiguity and messiness of life. He wants to sort all men into his four field table of sex and sexual orientation, and the way the questions are posed helps him do so.

"The consistent use of “ever” in these scales is analogous to classifying someone as homosexual on the basis of a few episodes of arousal from same sex contact during a brief period, despite years of satisfying heterosexual experience, interest, and denial of subsequent homosexual experience or interest. Although some MTFs acknowledge ongoing autogynephilic arousal, many others deny this (Lawrence, 2004, 2005). Blanchard (1985b; Blanchard, Clemmensen, & Steiner, 1985) and Lawrence (2004, 2005, 2006) dismiss their denials and insist that they are still autogynephilic."

The problem of falsification

Then there is the problem om autogynephiliacs lying. Moser puts it this way:

"Blanchard suggests that non-homosexual MTFs who deny autogynephilia are seeking to present themselves as “socially desirable,” that they want to emphasize the traits and behaviors that will win them a favorable SRS recommendation, and that some admit to falsifying their presurgical evaluation (Blanchard, Clemmensen, & Steiner, 1985). "

I for one is pretty certain that many MTF transwomen have lied to their therapists about their sex fantasies. If the only way to get SRS (sex reassignment surgery) is to tell the therapist that you are not autogynephilic, that is what you do. You may be telling your doctor a white lie, but you are not lying to yourself.

But Blanchard and his supporters are using this to undermine the validity of the responses given by the "non-homosexual" MTF in the Blanchard studies. They not only lie when necessary. They are liars. This makes it possible for them to explain away the fact that some "non-homosexual" transwomen do not report autogynephilic arousal.

I find this part of Blanchard's argument bewildering. You see, the patients at his clinic have no reason to lie about their autogynephilic fantasies, as "the Clarke" clinic of Blanchard allow "autogynephiliacs" to transition. Indeed, as we see from the responses, most of the autogynephilic transwomen understand this, which is why they are so open about their feminization dreams. You can see from the papers written by Blanchard, that his patients tell him close to everything about their fantasies, which is why he was able to develop the theory in the first place.

Moreover, if the autogynephiliacs are lying, the androphilic transwomen could be so too. Maybe they have better understood that admitting to feminization fantasies is a big no no, so they keep quiet about them. Or maybe they interpret the questions differently. Blanchard never follows that avenue, because it does not suit his purposes.

What we are facing here is the problem of falsification. If there is no way you can test a theory and prove it wrong, it does not follow the proper rules of science.

The theory determines the facts that proves the theory

There will always be respondents who are lying to the researcher (or themselves) in any "poll" like the one Blanchard is basing his conclusions on. My problem with all this is that Blanchard, and particularly his supporters, use this "autogynephiliacs are lying" argument to reclassify all the respondents who do not fit the theory.

An androphilic transwoman ("homosexual transsexual" in the Blanchard lingo) who admits to such fantasies, cannot be telling the truth, they say, because androphilic transsexuals do not have such fantasies. Why? Because the theory requires that they have none. They therefore look closer at the data and find that this person has reported one or two heterosexual experiences, which "proves" that this person is not homosexual at all, but has been "non-homosexual" all the time.

I have known quite a few homosexual men in my life. Most of them have had sexual encounters with women. Some have been married. Some have kids. It was expected of them. That does not make them less gay. You cannot reclassify respondents in this way based on such weak data.

As for the role of autogynephilia (crossdreaming) among "non-homosexual" MTF transwomen Moser notes the following:

This blog is about crossdreamers, people who do get aroused by the idea of being the opposite sex. But this does not mean that there cannot be other gynephilic transgendered people out there who do not feel such urges. Some may be asexual. Others may express their inner woman by other means.

But Blanchard is not interested in discussing the exceptions, because he believes that the autogynephilic fantasy is the engine that drives non-homosexual transwomen towards transitioning.

Blanchard and his colleagues have tried to control for the possibility of autogynephiliacs lying about their fantasy life by testing some of them with a penile plethysmograph (phallometry). You run a tape with a sexual fantasy for the subjects and measure any response in the form of penile erections. How they can get erections with a device attached to their penis, is beyond me, but they do!

It is a very controversial tool, and the efficiency of its use has been contested.

One problem with the study was that the fantasies presented to subjects did not include a woman on woman fantasy.

There is no room for a thorough discussion of this research here (this is one of the Blanchard papers I have not dissected), but Moser's conclusion is clear:

"Contrary to their conclusion, there was no discrepancy between, 'verbal self-reports and their more directly observed physiological responses' (Blanchard, Racansky, & Steiner, 1986, p. 460). The phallometric data and the self-report data were consistent; the response to the cross-dressing tape was directly related to the subjects’ stated report of arousal by cross-dressing."