The female and male copulation instincts 2 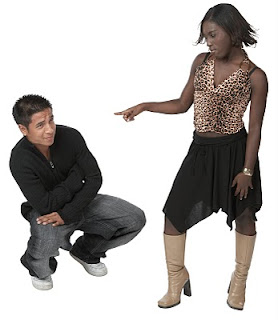 The discussion of the role of receptive vs. mounting copulation instinct and gender identity continues.

I have tried to make a couple of figures that could make some more sense out of this. This one displays six alternatives for biological males that combines the sexual orientation dimension with the one of the copulation instinct.

I believe there are many more dimensions (cp. my sliders metaphor), but this is just to illustrate that adding another variable makes crossdreaming easier to understand.

Note that I, unlike Weinrich, has omitted the asexual and bisexual category in order to reduce the complexity of the figure. This is not unproblematic, as the asexual category may explain why some -- but not all -- gynephilic transwomen deny having ever had feminization fantasies. Bisexuality may explain why some gynephilic M2F crossdreamers transition and end up living with a man.

I accept that there are masculine and active gay men (if not, they are very good at pretending), as well as feminine passive straight men. The word feminine is here used in a broad sense, to include more than feminine looks and manners.

I have used the word "mounting" for the stereotypical masculine mating instinct and "reseptive" for the feminine (mount-receiving). I prefer these terms to "active" and "passive", as women may perfectly well can be active in spite of being the catcher and visa versa. Maybe proactive or reactive are better words, or maybe we should come up with some new terms. Some biologists use the terms "dominant" vs. "non-dominant".

There are no absolute borders between the categories. Some feminine gay men are more feminine than others. Some M2F crossdreamers love being the proactive player when having sex with a woman. A so-called feminine gay man may realize over time that he truly is a woman and transition because of that, and not for practical reasons.

A M2F crossdreamer may, after years of denial, come to the conclusion that she is a woman and become a transwoman. A masculine straight man can, after having had some hard real life experiences, understand that he has a feminine side after all and learn how to give in to a woman. A seemingly masculine gay man can, after having tried for years to adhere to the heteronormal view of masculinity, shave off his beard, sell his Harley and take up gardening.

You get my point. Not only are there overlap between the boxes. People also change over time, partly by through personal growth, and partly by discovering hidden sides of themselves.

You can make a similar figure for biological women:

The F2M (female to male) crossdreamer ("autoandrophiliac") wants to take the active role when having sex with men. Many gynephilic transmen and masculine lesbians often make use of strap-ons when making love to their lovers. They identify their urge to mount with the practicality of having a penis. To what extent F2M androphilic transmen do the same to their male lovers, I don't know, but from what I hear and read I suspect so.

In alternative circles F2M crossdreamers are known as "girlfags". A girlfag is described as "a gay man trapped in a woman's body". The main difference between girlfags and my M2F crossdreamer category seems to be that the girlfag is exclusively attracted to gay men. From the discussion on the Girlfag forum, however, it seems to me that the main point is not to find a gay man, but a non-masculine one.

Some may be provoked by my use of the terms "Butch" (for manly lesbians) and "Femme" for the "feminine bottoms". Among some lesbians this is seen as submitting to heterosexual stereotypes.

I have heard many lesbians use the terms, though, so they do make sense to some of them. They definitely make sense to me, as they give us another example of how the copulation instinct may be decoupled from sexual orientation. From the life stories I have read, it seems clear that many gynephilic F2M transmen started out as a "Butch".

What is unclear to me in this figure, is the life of the androphilic transman. I know for a fact that F2M crossdreamers exist, but I have few concrete examples of any of them transitioning. It could be because F2M sex reassignment surgery is harder, or that society is slightly more tolerant of a masculine gender presentation among women. It could also be that as there has been no medical term for them, no one has been looking. They do exist, though, and there is even a slang term for them: "transfags".

The Urban Dictionary defines transfags as:

"A transsexual (Usually a [F2M] transman: a man whom happens to be transexual) whom is attracted to members of the same sex. (NOT the gender they were born with, but the gender they have become/are on their way to being). This means to a transman: he will date [natural born] biomen [cismen] and transmen. This means to a [M2F] transwoman: she will date biowomen and transwomen."

(I am sorry about all the added brackets. It is hard to think straight when you discuss these matters.)

This is a model, not reality

This is a hypothetical model. I have learned enough about the complexity of human sex, sexuality and gender to believe that this is the whole truth and nothing but the truth. And yes, gender identity is much, much more than a question of sexuality.

This is only meant to be another grid helping us to make sense if it all, a typology that widens the scope beyond the traditional male=asserive= gynephilic and female=reactive=androphilic.

We probably need new words to describe complex sets of behavioral traits that our culture considers "masculine" and "feminine", but we have no such words, since both science and culture is caught up in the traditional gender binary. Or maybe using words for such gender typical complexes will be a lie, regardless of how you define them, simply because all men and women represent unique combinations of "masculine" and "feminine" traits, a large variety of combinations which ultimately makes the words "feminine" and "masculine" meaningless.
Posted by Jack Molay