I promise you, I am not going to turn this blog into a war zone. I do feel a need to finish the discussion on transsexual separatism and the place for crossdressers and crossdreamers, though. This is the first post of a two-parter on the conflict between the various transsexual and transgender clans. Then I'll go back to regular reseach based blogging. 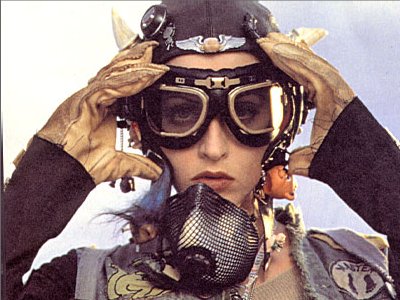 In a comment to my post on Dyssonance, Jamiegottagun makes the following comment:
"Dyssonance is known for only one thing, really: causing problems, and trolling. She also often stoops to all the things she accuses her enemies of, like misgendering to dismiss people."
Dyssonance is definitely more proactive than others, and if she has been misgendering someone, that's really bad.
Still, you could probably blame many of us for the TS/TG wars, including me.
There has been times I have felt so depressed from all the attempts at labelling crossdreamers and crossdressers as pathetic perverts, that I have wanted to strike back and hurt the people who are attacking "my kind".
It is like being back in the school yard again. I feel like I am being bullied for not having cracked the code for what is needed to be accepted by the in crowd. That's childish, I know, but hey, I'm human!
Vicious circle
It is easier for me to let it pass now. I am starting to get a much needed distance, seeing the suffering behind all the hostile snarling.
But we need to talk about this. For many crossdreamers and crossdressers the first meeting with the online transgender community is with aggressive transwomen telling them go hide in the closet.
I have also seen lack of respect for transwomen among some crossdreamers. There are, for instance, those that fall into the Blanchard trap, arguing that all transwomen are nothing but "autogynephiliacs". Some M2F trangender persons have a rather weak gender dysphoria, and manage quite well to include their "otherness" into their lives as men. Then they mistakenly believe that all transgender persons are like this, failing to realize that some M2F transwomen truly are trapped in an alien body.
In many ways we are facing some kind of self-reinforcing vicious circle here: People express their insecurity, there is a counter-reaction, then the first ones get aggressive, the other party gets hurt and starts hitting back. Finally you end up with TS and TG clans fighting it out Somali style with AK-47's and rocket launchers.
At that point the various clans are busy defining their own identity as something different from the others, that all real communication breaks down.
There are at least four types of separatist clans as far as I can see:
The People's Front of Judea
1. There are some organized crossdressers, who insist that they are gender variant men, and who would rather not see androphilic transgender or transsexuals at their meetings.
The operative phrase here is "We are men".
The Judean's People's Front
2. Then there are the Classical Transsexuals (CT) who argue that they have nothing in common with "fetishistic crossdressers" and "gay effeminate men".
The operative phrase here is "We are women".