Bibliography on paraphilias and the DSM-5 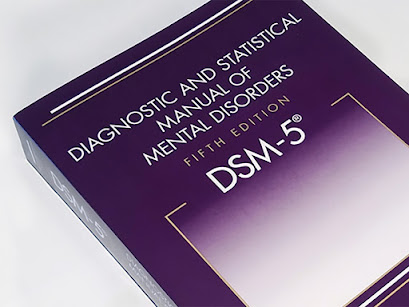 Andrew Hinderliter has put up a very useful bibliography of literature relevant to the current debate on "paraphilias" the DSM-5 (the fifth edition of the American Diagnostic and Statistical Manual of Mental Disorders) over at his asexuality site.
Asexuals are facing some of the same problems as crossdreamers. Since their being does not fit with the gender stereotypes of the day, they often end up being labelled as sick. The DSM-5 includes a separate category for "paraphilias" (read: perversions), and "autogynephilia" is one of them - classified under the heading of transvestic fetishism. Hinderliter's bibliography has a section for writings on transvestism and crossdreaming.
Distress does not equal mental disorder
Here is a quote from a listed letter from the US National Center for Transgender Equality:
"Finally, NCTE believes there is no place in the twenty-first century for a diagnosis of Transvestic Fetishism/Tranvestic Disorder. While there are certainly some individuals who experience psychological distress in relation to their desire to cross-dress – often due to the pervasive social stigma and discrimination against transgender people – this experience no more justifies a psychiatric diagnosis than does 'ego-dystonic homosexuality.' We urge the APA to eliminate this unnecessary and harmful diagnosis in the DSM 5."
Trans activist Andrea James makes the following observation regarding crossdreaming:
"Unconventional sexual behavior that is consensual can reach a level where impulse control needs to be managed, but that should not be thought of as 'curing' the interest itself. There's no need to diagnose or 'cure' harmless sexual interests. It's sad to see that we are well into the 21st century, yet some experts still cling to the idea that 'transvestic fetishism' or other forms of consensual kink are disorders."
How science is used in oppression
Trans activist Julia Serano looks at the socio-cultural framework for the proposal:
"There is a long history, stretching from Phrenology to The Bell Curve, of dubious research that has attempted to give scientific credence to the presumption that people of color are mentally inferior to the white majority.
"Invalidation by mental inferiority has also been used to justify sexism: the claim that women are biologically or hormonally predispositioned to be overly emotional (read: irrational or immature) has been evoked by those who feel that women should defer to men, or who feel that women are not capable of dealing with serious or important matters. For example, the suffragists who fought for women's right to vote were regularly dismissed as suffering from 'hysteria,' which was considered a legitimate mental disturbance at the time.
"...I'll repeat that: any person who does not understand or acknowledge how injurious these transinvalidations are to us, simply does not understand transgenderism. Period. I further contend that any medical or mental health provider who is sincerely concerned with the health, happiness and well-being of gender variant people must make challenging and eliminating these trans-invalidations, both within their professional fields and in society at large, a top priority.
"...Trans-invalidations are also reinforced by the trans-specific diagnoses in the DSM. Two of these—Transvestic Fetishism and GID in Children—were written in such a way that they primarily target people who are not crossgender identified, but who simply crossdress or who are gender nonconforming in other ways. This is abominable. Such diagnoses serve no purpose other than to further stigmatize gender variance."
From perversion to fashion standard
Susan Wright of the US National Coalition for Sexual Freedom makes the following observation:
"The fact that there are a certain percentage of heterosexual males who get sexual excitement from cross-dressing doesn't mean those men have a mental disorder, especially when you take into consideration the number of homosexuals and bisexual men who cross-dress as well as the significant subculture of women who cross-dress. Why are heterosexual males singled out for a diagnosis? Clearly it's a specific cultural bias against men who dress as women. In an earlier time in history, women who dressed as men were considered to be abnormal. Today, it's a fashion standard.
"The history of sexual disorders is intertwined with cultural norms. It is not clear why the DSM makes the distinction between normative and non-normative sexual behavior. Historically oral and anal sex were non-normative – today both are accepted by society. Homosexuality and nymphomania are no longer diagnoses, masturbation is now considered to be healthy, while some disorders like female orgasmic disorder describes a syndrome that was once considered to be 'normal.' "
Cause and effect
I would like to add that the reason for me opposing the inclusion of crossdreaming in the DSM is not that crossdreamers never suffer from mental disorders. Actually, I am convinced there is significantly more depression, more compulsive and addictive behavior and more suicides among us than in the population at large.
But this is not because the failure to live up to the scientist's strict standards of normalcy is a disease in itself. The suffering is caused by the lack of respect and acceptance found in parts of the medical community and society. If you are repeatedly given the impression that there is something seriously wrong with you, and that an essential part of your very being is perverted, that leads to embarrassment, shame, guilt and even social ostracism.
This means that the American Psychiatric Association -- which is responsible for the DSM -- is partly causing the suffering it is supposed to cure. The DSM is part of our problem, not the solution.
Further reading
Here are some of my posts on crossdressing, paraphilias and the DSM-5: Blanchard and the DSM-V, redefining paraphilia DSM-V: What about autogynephilia? DSM-V: What others say Petition Opposing the Transvestic Disorder Diagnosis in the DSM-5 Autoandrophilia makes it into the DSM-5 On Moser's critique of Blanchard's autogynephilia theory Strong resistance against proposed paraphilias in the DSM-5 On grammar, paraphilia and the DSM-5
See also Hinderliter's Asexual Exploration's Blog.
Posted by Jack Molay

Email ThisBlogThis!Share to TwitterShare to FacebookShare to Pinterest
Labels: DSM