Dr. Allen Frances and his arguments against modern psychiatric madness 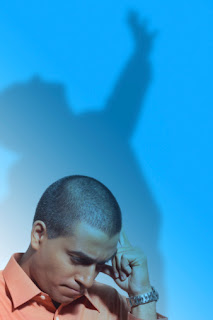 Doctor Allen Frances has caused uproar with his attack on the new American manual for mental diseases. This is highly relevant for crossdressers and crossdreamers.
Those who have followed this blog for a while know that I am very concerned about the fact that both crossdressing and crossdreaming  (“autogynephilia” and “autoandrophilia”) are classified as mental diseases and are included in the American psychiatric manual (the DSM) as well as the WHO ICD counterpart.
I have argued that these phenomena might as well be the psychological expression of natural human diversity as regards gender and sexuality, and that it is the fact that it is society – including psychiatrists who insist on calling this a perversion or a “paraphilia” – that causes the real mental anguish of these people.
I have also argued that the idea that something is true just because it has been published in a peer reviewed research journal is dangerously naïve. Scientists are regular human beings like the rest of us, with their own personal baggage of prejudices and narrow-mindedness, and if their very world view is wrong it does not matter if they follow strict scientific procedures. The end result will be crap, regardless.
You might think that it is only weirdoes like me (and some obscure French post-modernist philiosophers, maybe) that think this way, but the fact is that these are problems that are discussed intensely among the psychiatrists themselves.
Recently there has been a very interesting discussion going on regarding the new version of the DSM (the DSM 5), instigated by the father of the current version of the psychiatric manual, the DSM IV: Dr. Allen Frances.
Frances argues that American psychiatrist have gone too far towards believing that their diagnoses are scientifically proven descriptions of real phenomena. They are not, he says.
Mental disorders do not exist in the real world
In the AAP&P Bulletin vol 17, No 2 of 2010, in an article called “DSM in Philosophyland: Curiouser and Curiouser” he writes that:
“Biological psychiatry has failed to produce quick, convincing explanations for any of the mental disorders. This is because it has been unable to circumvent the fundamental and inherent flaw in the biological, ‘realist’ approach - mental disorders don't really live ‘out there’ waiting to be explained. They are constructs we have made up - and often not very compelling ones at that. It has, for example, become clear that there is no one prototype ‘schizophrenia’ waiting to be explained with one incisive and sweeping biological model. There is no gene, or small subset of genes, for ‘schizophrenia.’ As Bleuler intuited, ‘schizophrenia’ is rather a group of disorders, or perhaps better a mob. There may eventually turn out to be twenty or fifty or two hundred kinds of ‘schizophrenia.’ As it stands now the definition and boundaries of ‘schizophrenia’ are necessarily arbitrary. There is no clear right way to diagnose this gang and not even much agreement on what the validators should be and how they should be applied. The first umpire was called out on strikes when the holy grail of finding the cause of ‘schizophrenia’ turned out to be a wild goose chase.”
The point is, if I understand him correctly, that mental illnesses are not like (many) somatic illnesses, where it may be possible to explain the disease by one cause only (“I suffer from a fracture to the head due to a collision in a car.” “My HIV is caused by the AIDS virus.”).
The reason for this is that there are too many variables that can affect a healthy mind. He explains this as a kind of Anna Karenina principle: All normal brain functioning is normal in more or less the same way, but any given type of pathological functioning can have many different causes.
This is true for all complex diseases. There are likely hundreds of paths to schizophrenia, not one or just a few and perhaps no final common pathway. “Where does that leave the descriptive system of psychiatry?” he asks, and answers: “Fairly high and dry.”
Mental disorders as pragmatic social constructs
He refers to the American psychiatrist Thomas Szasz who  presented the view that mental illness is a medical ‘myth:
“Mental disorders were no more than social constructs that in some cases served a useful purpose, but in many others could be misused to exert a noxious social control, reducing freedom and personal responsibility. The biological ‘realists’ [those who believe the mental illnesses are real, “out there”] reacted predictably to Szasz' ‘nominalist’ attack [nominalism: it is all in the mind]. They dismissed it. ‘If schizophrenia is a myth, they crowed, it is a myth that responds to medication and has a genetic pattern.’ But their triumphalism was premature and based on both weak philosophic and weak scientific grounds. It turned out that the neuroscience, genetics, and treatment response of ‘schizophrenia’ follow anything but a simple reductionist pattern [reducing a phenomenon to one cause only]. The more we learn about ‘schizophrenia’ the more it resembles a heuristic [an educated guess], the less it resembles a disease.”
The pragmatist 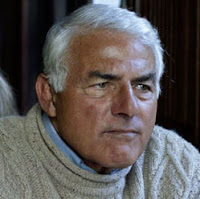