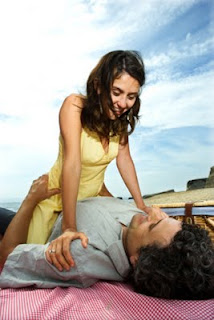 My discussion on an alternative view of gender and sex continues. In this post I will focus on the model that shaped the autogynephilia theory.

There was one big problem with the biological sex model. It was created within a society that valued a scientific discourse within a democratic culture. As long as the social mores fit with the theory, science could be used to suppress women, blacks and homosexuals. But as soon as the democratic process liberated one group after the other, it became abundantly clear that working class people were not stupid, that women could become excellent scientists, that Irishmen and black people could (in the end) become presidents and that homosexuals could marry and establish loving  families.

And scientists who were convinced that this were so, used their power and their influence to demask the racists and the sexists. But in some cases the scientist were forced to stop labelling groups as sick perverts, not because they stopped believing this was so, but because it became politically impossible.

In  1973 homosexuality was removed from the American Diagnostic and Statistical Manual of Mental Disorders. The old belief system had crashed into the revolution of 1968 and it had to go into hiding in order to survive. It did so by redefining the unit of analysis.

Note that in the biological sex model, what is found between your legs define your natural behavior and your place in the world. Women, that is human beings with vaginas and uteruses are weak, passive etc.etc. And they are also exclusively attracted to males, because males are the only ones who can give them babies. And women are programmed by nature to love babies.


To quote the Wikipedia summary:

“The reports also state that nearly 46% of the male subjects had ‘reacted’ sexually to persons of both sexes in the course of their adult lives, and 37% had at least one homosexual experience. 11.6% of white males (ages 20–35) were given a rating of 3 (about equal heterosexual and homosexual experience/response) throughout their adult lives.The study also reported that 10% of American males surveyed were ‘more or less exclusively homosexual for at least three years between the ages of 16 and 55’ (in the 5 to 6 range).”

Kinsey told the story of variation, not of the great divide between the sexes.

What happened now is very interesting. Most scientists were still stuck in their binary, as were significant parts of the population. In order to solve the problem they redefined the unit of analysis from man vs. woman to masculine vs. feminine. On the one hand you had “normal” women and feminine men and on the other you had “normal” men and masculine women.

The foundation for femininity and masculinity remained biological, but by moving the homosexuals out of the perversion category, the researchers could now redefine homosexual men as “feminine” and homosexual women as “masculine”. Homosexuality remained an evolutionary riddle (how can homosexuality prevail if there is no offspring?), but it seemed possible to retain at least some of the gender stereotypes.

Now the gay men were included in the family of delicate, passive, emotional and submissive women, while the lesbians become hard core butches. This is the world of Ray Blanchard and J. Michael Bailey, the people behind the autogynephilia theory.