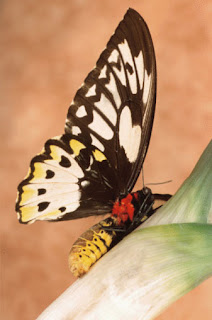 Another look at women who dream about having sex as men.

Among the many interesting discussions going on over at Crossdream Life, I would like to draw your attention to the one initiated by a female to male crossdresser and crossdreamer (or "autoandrophiliac").

Ariadna tells us that although she is sexually attracted to men with a strong feminine side, she have always wanted to take on the male role in bed:

"I dream of being a man since I can remember. I always felt aroused by the thought of me having a male body. I always wanted to have a penis. I always considered men are lucky for having that powerful and strong body, that ability to penetrate (with the amazing pleasure it implies) and be dominant.


"I always had envy of males, of their powerful roles in society. So, it's not only I want to have a male body or to feel sexually as a man, I always wanted all the prerogatives and benefits that being a man implies. I also envy masculine clothes: They are confortable, so cool."

The existence of "autoandrophiliacs" requires a new explanation for "autogynephiliacs"

I do not think neither researchers nor most crossdreamers have understood how important the very existence of persons like Ariadna are for our understanding of human sexuality and gender roles.

Normally male to female  crossdreaming and crossdressing has been understood as a misdirection of a typical male sexuality, i.e. either as a fetish or as a man's way of fully conquering a woman's body.

In the latter case the idea is that a crossdreamer's dream of having a woman's body, has the same cause as a regular man's desire to have sex with a woman. That is: There is nothing feminine about his desire at all.

But in the case of female to male crossdreamers this makes no sense. Ariadne's "biggest dream and desire is to penetrate somebody", preferably a man. That can hardly be interpreted as a misdirection of a typical "reactive" female sexuality!

That means that her desire to be the penetrator most likely has an instinctual "masculine" basis. She is wired for having sex as a man.


What this means for the autogynephilia theory

Note that Ray Blanchard so far has denied the existence of female to male"autoandrophiliacs" (even though the term has been included in the draft of the DSM-5), and I suspect that this is because their very existence undermines his argument that woman-loving transwomen are basically perverted heterosexual men.

Ignoring the most influential female to male crossdreamer ever

Zagria makes an interesting observation about this over at her blog:

"As Blanchard does not acknowledge female paraphilia, and as he thinks that trans men are ‘women’, he assumes that they are all ‘homosexual’. In our terms, then, they will be heterosexual men after transition. Although Lou Sullivan wrote to Ray Blanchard in the 1980s explaining that gay trans men existed, and FTM groups report that up to a third of their members intend to be gay men, Blanchard is still denying their existence. In the CAMH’s Gender Dysphoria, 1985, Kurt Freund wrote: “To my knowledge, only one case of cross-gender identity in a heterosexual woman has been reported (J.B. Randell, 1959). Such a seeming exception could well be the result of the patient’s misrepresentation of facts.” Although Blanchard and Freund would categorize Sullivan as a ‘heterosexual woman’ if they noticed him, they were determined not to notice him."

Lou Sullivan was  the major female to male transgender activist in the US in the 1980's, and he founded the FTM movement.  He had originally identified as a "female transvestite" who was sexually attracted to gay and bisexual men.

Here is a quote from his journal from 1973 that clearly documents that he was a crossdreamer:

"I know know that I can get exactly what I want -- to fantasize is no longer enough. Before it was beyond my dreams. It was the worst perversion that I wished I had a penis, to fuck a boy, to be on top and inside. But now it is only a matter of time."

He wrote a guidebook called Information for the Female-to-Male Cross-dresser and Transsexual. The use of these terms clearly proves that he considered his own fate a parallell to male to female crossdressers. Moreover, there was no clear dividing line between crossdressers and transseuxals in his mind.

Needless to say, I find Lou Sullivan a kindred spirit.