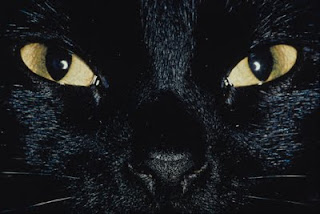 Teaser: In this post I take a look at a parasite that turns males into females.

There is nothing that makes people so emotionally engaged in the gender and transgender debates as the question of whether "maleness" and "femaleness" is inborn or a product of culture.

Those who have followed this blog for a while know that I believe we are both born like this and made like this.

The core of our sex identities is probably inborn, but the great variety of personalities and behavior among both men and women tells us that there are few, if any, personality traits that are uniquely "feminine" or "masculine".

A woman can be strong, muscular, agressive, dominating, tall and extremely self-confident and will still be considered a woman.

In today's Western cultures there are limits to how far a man can go before being ridiculed as a sissy, but we still recognize calm, introvert, loving and nurturing men as men.

The reason for this is that personality traits, behavioral patterns, looks and mannerisms are based on a complex interplay of a large number of biological, social and personal factors including:
I am going to give you two examples from  recent issues of the New Scientist and Scientific American, to illustrate the complexity of sex and gender.

Bizarre Example No. 1: Invasion of the body snatchers 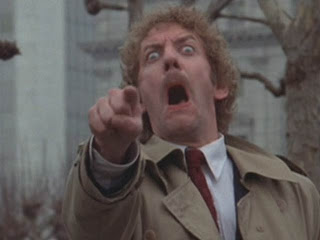 The parasitic barnacle Sacculina is a free swimming larva that infects crabs. It develops into a structure within the animal's abdomen that resembles a regular egg sac.

"If the infected crab is female, the presence of the false egg sac and the fact that the parasite is releases hormones mimicking the ones that make her broody can cause her to care for the barnacle as if it were her own offspring."

"Manipulation of males is more cunning still. Hormones released by the parasite change both his morphology and behaviour: the abdomen becomes wider and fatter, resembling a female's, and he becomes sterile and develops egg-caring behaviours to to nurture the barnacle."

Which demonstrates that both sexes are wired for both male and female behavior. The parasite has found a way to trigger typical female behavior in males.

This fascinating tale has, of course, lured biologists into speculating on whether homo sapiens may be affected in this way.

Toxoplasma gondii is a parasitic protozoan that most commonly infects rodents, either via raw meat or cat faesces.  This is the stuff that scares pregnant women away from cats.

To complete its life cycle the parasite must find its way into the guts of a cat. To do this, the New Scientist explains, it increases the dopamine levels in the host's amygdala, the brain region associated with fear. This makes danger pleasurable and the victim becomes so reckless that it is eaten by a cat.

"T. gondii can also infect humans. Over the past decade researchers have noticed that populations where many people are inflected with the protozoan have different behavioural characteristics than those where toxoplasmosis is relatively rare.


"For example, infected men tend to be more dogmatic, less trusting of others, less respectful of rules, more jealous and more vary than the non-infected."

In other words: By making men behave even more like stereotypical men they are more likely to be eaten by a lion.

Kevil Lafferty at the University of California, Santa Barbara, thinks that this may explain some cultural differences between men from different parts of the world.

Personally I think this is beyond speculative, and the fact that Lafferty does not mention increased recklessness in women makes me believe this is his own prejudices talking more than the facts on the ground.

Still, it is clear that the physical environment may influence human behavior. It is therefore not unlikely that this may also apply to some types of behavior our culture categorize as "masculine" or "feminine".

Next: In part 2 culture strikes back!
Posted by Jack Molay