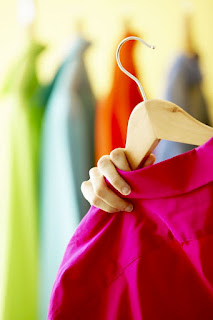 A new study by Vilayanur S Ramachandran and Laura Case covers a transgender group that has gotten little if no coverage: the bigendered. These are people who experience a blending or alteration of gender states.

A new understanding of sex and gender

The variety of gender-challenging conditions seems to be growing day by day. Maybe it is the fact that scientists are finally beginning to realize that nature thrives on diversity and does not really care about our cultural stereotypes, or maybe it is caused by a morbid curiosity for new "perversions".

Regardless: The new concepts may make it easier for transgender people to gain respect for their humanity and unique abilities.

By the way: Vilayanur S. Ramachandran and Laura Case do not consider gender variants perverts or paraphilicas, and treat transgender with respect.

The study is based on a questionnaire sent out to members of a bigender internet forum. The researchers excluded individuals with personality and identity disorders.

The authors point out that sex and gender are most commonly considered a single entity, but dissociations between external morphology, gender identity, body image sex, and sexual orientation demonstrate that at least four components interact together create a consistent - or less consistent- sex and gender identity for any given individual:


" Bigender individuals who alternate gender present a unique case where single components of sex and gender may vary within an individual."

That is: one day the person may feel like a woman, the next as a man.  A majority of the respondents reported that their gender switches at least weekly.

For many crossdreamers the idea that the feeling of being a man or a woman may vary will not come as a surprise. They may also experience days where the "inner man/woman" has a strong voice, and others where he/she is more in the background. This leads me to believe that this gender switching isn't a clearcut and distinct phenomenon, but a condition that may be present in many transgender (and maybe even non-transgender) lives.

The paper presents various expressions of bigenderism. The condition may be experienced as the expression of different personality traits or as the experience of having a body of the opposite physical sex.

Here are some quotes:

‘‘I just feel completely different, the only way I can explain it is ‘one minute I’m a boy, next thing I’m a girl’, everything is different.’’


‘‘My voice usually ends up being higher than other times, I’ll be more emotional, my views on things like politics tend not to change, but how I react to certain things does. Like if I’m in male mode and I see someone crying I’ll think more along the lines of, 'Man up...' while if I’m in girl mode I’ll think more along the lines of ‘Oh sweety!’ ’’

The last quote makes me suspicious. Is the feeling of experiencing life as  a woman just an side effect of the psyche's attempt at expressing forbidden personality traits? Given that many women are never in the "Oh Sweety" mode, does it make any sense to associate the feeling of being woman with such stereotypic gender roles?

Or is it the other way round: Is the stereotypical gender behavior the psyche's way of expressing a more open inner sex identity?

Case and  Ramachandran do look into the possibility of a purely psychological explanation:


"Alternation of gender states might easily be explained away by the socially constructed nature of gender and the fact that transsexual and androgynous individuals might be more comfortable exploring both masculine and feminine-associated components of their personalities."

However, there are several factor that makes them doubt this and conclude that  the condition must have a neurological basis.

The first is the fact that the switch is involuntary.


"We found that many bigender individuals even report switching at inopportune moments when they would much prefer to remain in their current gender consistent with their dress and presentation."

Secondly, they point to the accompanying phenomenon of "phantom sex characteristics", i.e. the feeling of having body parts belonging to opposite physical sex.

One female bodied respondent puts it this way:

“I sometimes wake up thinking I have a penis or that I have no breasts…I usually end up in tears and I can’t get out of bed because once I get up I’ll know for sure it’s not really true and it’s just my mind playing tricks on me, so I just lie there and cry. It’s strange though because I normally don’t even want to have a penis.”

Another puts it this way:


‘‘I feel very strongly as though my body is trying to make a penis work and doesn't understand why there isn't one there.’’

These experiences are also common among crossdreamers and transsexuals. One day you feel like a man. Another day the female side requires your full attention. Or you may live in the grey zone in between. The alienation from your physical body parts may also vary over time.Some never experience this kind of misalignment between body and mind; others feel it all the time.

The authors believe that both transsexuals and bigender may experience a misalignment between the inner body image and the anatomical sex:


"We previously proposed a gender-speciﬁc body image hardwired in the brain as a partial account of transsexuality and explanation for the phantom breasts and genitalia experienced by transsexual individuals. The hypothesis was that female-to-male transsexuals – for example – had female external anatomy but their internal body image (constructed in the right parietal and insula) was hard-wired to be male. Many of them experience phantom penises with phantom erections, consistent with our theory."

If the male-to-female transwoman has a dominant female body gender map, the bigender has two maps working in shifts.

It is interesting to note that one male bodied respondent lost the feeling of having phantom breasts after she went on hormones and grew breasts of her own. She still experienced as "strong phantom vagina", though.

Or is it all about desire?

Still, given the consistent attacks against transgender people, labelling them as autoerotic perverts and fetishist, couldn't his be just another expression of misdirected desire? Or, as the researchers ask: Are phantom body parts merely a result of wishful thinking?


"We argue that the involuntary nature of the phantom body parts argues in favor of a neurologic explanation for their existence. Indeed, the involuntarily nature of gender switches extends to the phantom body parts, such that an unwelcome switch from female to male (in an anatomical female) might be accompanied by an undesired phantom penis inconsistent with the individual’s dress and social presentation.


"Respondents reported that phantom body parts usually switched appropriately with gender, but ﬁve respondents reported that phantom body parts occasionally got ‘‘stuck’’ with the wrong gender. The fact that phantom parts occasionally persist in the incongruent gender argues against confabulation [to fill in gaps in one's memory with fabrications that one believes to be facts.], as a body part willed into existence would be unlikely not to cooperate."

Well, it is actually possible to make up a psychological theory that explains the "involuntary" aspect of the condition as the result of repression. After all, people often do things they regret and get embarrassed by forbidden thoughts. The confusion felt by these people could be the result of -- let's say -- a repressed sex identity or some kind of fetish.

Still, there is nothing in this paper that points in that direction:

The two also speculate about parallels found in crossdressing. I find the sportscar example bewildering, but the argument is interesting:

"On a tangential note, desire to change clothes (cross-dressing) is also intriguing as it might imply that ones body image- through long standing Hebbian associations- has now incorporated the clothes of the 'new' gender. This would be analogous to a blind man incorporating a cane into his arm or a Californian incorporating his sportscar into his body image in the right superior – and possibly inferior – parietal lobule. In other words cross-dressing might be a 'dress rehearsal' (pun intended) attempt to restore the congruence between internal body image, gender, and external anatomy."


This rhymes with my own argument: The crossdresser is expressing a side of his or her lost self in an attempt to establish some kind of harmony between the experienced sex and the anatomic one.

Vilayanur S Ramachandran and Laura Case expect AGI to be a neuropsychiatric condition. They reject what they call "false dichotomies between so-called 'neurological'  and  'psychological' conditions":


"Whatever its mechanisms may be, AGI opens up a question of the extent to which each of us is a multiplicity of genders, or even persons, co-existing in harmony. Clashes or sharp contrasts between components of the self may result in sharper distinctions between redundant self-networks in the brain, leading to bigenderism or, in more extreme cases, to dissociative identity disorder (DID)."

This idea of a multiplicity of personalities living inside all of us is not new. You will find it in thinkers as diverse as Carl Jung and Gilles Deleuze. If the ego is we would expect a large number of people to experience such a multiplicity. The only reason they are not visible in the statistics is that they have been culturally conditioned to ignore this inner diversity or to suppress it.

The researchers speculate that this phenomenon may be associated with differences between men and women as regards specialization in the hemispheres of the brain. (But seriously, they have nothing substantial to back this up.)

"Between the two extreme ends of human sexuality - male and female - lie a poorly understood and poorly studied spectrum of ambiguously defined sexual identities that are very much a part of the human condition but defy rigid classification.

"Bigender" is a recently formed sub-category of transgenderism, describing individuals who experience a blending or alternation of gender states. While recognized nominally by the APA, no scientific work to our knowledge has addressed this fascinating condition, or proposed any physiological basis for it. In addition, the alternation aspect has not been proposed as a nosological entity distinct from blending.

Finally, our survey found decreased lateralization of handedness in the bigender community. These observations suggest a biologic basis of bigenderism and lead us to propose a novel gender condition, "alternating gender incongruity" (AGI).

We hypothesize that AGI may be related to an unusual degree or depth of hemispheric switching and corresponding callosal suppression of sex appropriate body maps in parietal cortex- possibly the superior parietal lobule- and its reciprocal connections with the insula and hypothalamus.

This is based on two lines of reasoning.

First, bigender individuals in our survey sample reported an elevated rate of bipolar disorder, which has been linked to slowed hemispheric switching. We hypothesize that tracking the nasal cycle, rate of binocular rivalry, and other markers of hemispheric switching will reveal a physiological basis for AGI individuals' subjective reports of gender switches. Switching may also trigger hormonal cascades, which we are currently exploring.

Second, we base our hypotheses on ancient and modern associations between the left and right hemispheres and the male and female genders. By providing a case of sharp brain-sex shifts within individuals, we believe that the study of AGI could prove illuminating to scientific understanding of gender, body representation, and the nature of self."

See also: On being bigender and the fear of coming out to the family, By Jemimah
Posted by Jack Molay