A young transsexual speaks out 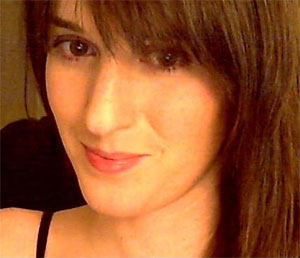 There is a new generation of transsexuals out there. Many of them are young lesbian or bisexual transwomen, exactly the kind of transwomen Ray Blanchard called "autogynephiles".

Unfortunately for Blanchard the new generation does not live up to any of the sexist stereotypes of his theory.

They report early childhood memories of gender dysphoria. They transition young. And for those of you who find this important: They also look feminine.

All of this confirms what I have said for a long time: The reason gynephilic transwomen used to transition later than androphilic transwomen, was that they could not use the gay and lesbian culture for support and as a door opener.

Instead they have desperately clung to the identity of their birth sex, as this has seem to be the only way to find someone to love in particular and respect in general.

Thanks to the Internet this is changing. They now find the support of others facing the same challenges as themselves online.  There are also developing their own language and their own narratives to make sense of themselves.

This development goes hand in hand with a trend towards more tolerance in general, as reflected in the increasing number of countries and states accepting gay marriage and ending the pathologization of trans people.

Below find a video made by one of the many new transbloggers, namely Kristin, who blogs as casey4441 at YouTube, and who writes under the name of Krista444 over at Crossdream Life.

Notice how she has liberated herself from the traditional narratives of what it means to be trans. She stands firmly on her own two feet. God bless her!

You can see more of her vlog-posts over at her YouTube blog: Life of a Transgender Twin.

By the way, she is working on an ebook on transitioning. You can sign up to be notified when the book is ready here!