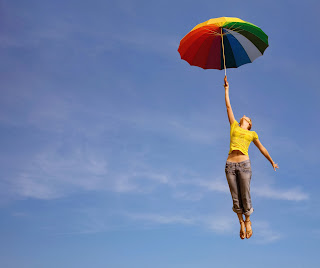 Part 2 of the "Gay" vs. "Straight" Crossdreamers Series.

In part 1 of this series  I looked at crossdreaming among transgender men who are attracted to men.

Crossdreamers fantasise about being the other sex.

The science of "autogynephilia" and related schools of thought argue that there are two types of male to female trans people, and only the ones attracted to women have crossdreaming fantasies (i.e. they get aroused by the idea of being a woman).

In this post I will take a look at female to male "homosexual" crossdreamers, before going back  trans women who love men.

What about the lesbians and trans men?

Blanchard's denial of the existence of female to male androphilic (man-loving) crossdreamers will go into history as one of the most embarrassing blunders in the history of sexology, proving once and for all that the man has absolutely no understanding of what he is talking about.

He does recognize that lesbians and trans men exist, however.  So the question is: are there female to male gynephilic -- i.e. woman loving -- crossdreamers out there (XX lesbians or trans men)?

Here is a comment added to this blog by "happy as i am":

"I'm new to this site..I recently started dating again at 59. I am a woman and lesbian..when I am sexual I completely believe I am a man.. my fantasies are me being in a male body and when I do have sex it is total visualization of me having a penis. only one partner has ever said something and she said it is like your spirit crosses over..

"I never thought to google it till this new relationship started up 6 weeks ago..she is very feminine and it is bringing this to the forefront in a way that made me think more about it. I believe it should be in the DSM [the American psychiatric manual] simply because I always wondered if others have these same feelings and sometimes it affects me and how I act in different sexual relationships.

"I now want to be free to be and act sexually in sync with who I feel I am. I am more soft butch / adrogynous but male when I am having sex.. I think it would help to have therapists be aware that this exists so they can help folks understand and accept it. I am quite happy with myself as I am and have no issues with it but it is helpful to know that I am not alone with this."


She and I have exchanged emails, and I can confirm that she is indeed a crossdreamer. She masturbates to crossdreamer fantasies. (And she is not the only one. Dr Tracie O'Keefe has presented more cases like this one).

When "happy as i am" asked one of her lesbian friends, however, she was told that her friend did not have fantasies of this kind. This may imply that  only some lesbians crossdream or that some lesbians interpret the question differently.

I suspect the latter. Let me explain why.

Did you know that there is a large marked for  limp strap-on rubber cocks for lesbians?

But soft rubber penises?  Why on earth would they wear something like that?  The only explanation that makes any sense is that they love the feeling of "packing" something down there.

The lesbian blogger Sinclair Sexsmith puts in this way:

"One of my particularly favorite sex toy stores sent me a slew of packing cocks to review – cocks that aren’t necessarily hard enough to fuck with, but which you can wear around and feel that weight between your legs, to tuck into jeans and rub up against your honey when you go out dancing, to get a little squeeze on the ride home, to fuck with gender, to feel more complete, to feel more powerful, just for fun."

This sounds familiar. Male to female crossdreamers who secretly wear women's underwear will say that the lingerie makes them feel more feminine and therefore more complete.

The terminology is too restricting

There is something seriously wrong with the way researchers like Blanchard think about this. How can they miss the similarities between lesbians packing and crossdresser wearing feminine underwear?

I am not sure the people asked actually understand what the question "are you aroused by the idea of being a woman/a man"  is about. Or if they do understand it, they respond negatively, because they -- rightly, in my opinion -- interpret their own arousal as the effect of a complex set of different variables, where the very idea of having the body of the opposite sex is only one of many.

YouTube has made transgender people of all variants more visible, and some of these videobloggers have effectively  debunked the idea that all gynephilic trans women are "old, ugly, men in frocks". The new generation of lesbian trans women is indistinguishable from the the man-loving ones in this department.

I have no way of saying if Homecoming Queen Cassidy Campbell is a crossdreamer or not. I cannot read her mind, and to my knowledge she has never said anything about this publicly.

I would guess that she would find the crossdreamer concept irrelevant, in the same way she would not consider herself a crossdresser (even if she, while presenting legally as a boy, did dress up as a woman). The reason for this is that she is -- in fact -- a young woman.

Since she is attracted to men, she cannot be categorized as an "autogynephile" according to Blanchard's theory.

This is where it gets extremely confusing. Does Cassidy get excited by the idea of being a sexy woman? According to the theory she cannot.

Take a look at the following video. Skip to 3:50 if you want to get straight to my point.


You can see an even more explicit example of the sexual nature of this kind of gender expression here.

Now I want you take a deep breath and not jump to conclusions. What I am saying here is not that Cassidy is the same as 50 year old crossdresser identifying as a male. I am not saying that she wants to become a woman because she finds being sexy sexy.

What I am saying is that sex (as in sexuality) is an integrated part of sex (as in sex identity). The fact she  express that sexuality does not make her less of a woman. Quite the opposite, actually!

What I see in this video is a young woman exploring her sexuality, in the same way nearly all teenage girls her age experiment with make-up and dresses, testing out what it means to be a sexual being. What Cassidy does is natural.

To me  it is impossible to draw a clear line between this behavior and these feelings and the ones of her fellow lesbian trans women.  That distinction only exists in the minds of sexists researchers, and not in real life.

In the same way Cassidy dresses up sexy in order to explore her feminine side, lesbian and bisexual trans women do the same in order to understand their own sexual female self.

And if we can agree that that is the case, it becomes close to impossible to argue that all male to female crossdreamers, no exceptions allowed, dress up like sexy women because they have the hots for themselves. If women, trans or non-trans, get excited by being sexy, all crossdreamers must be allowed to do so without being labelled as perverts.

Transsexual woman Tobi Hill-Meyer give and excellent example of standard "autogynephilic" behavior among non-trans women over at her blog. She tells the story of how some of her non-trans girl friends decided to battle depression by dressing up sexy:

"My girlfriend sat her down and gave her [the depressed friend] some sage advice.  'Just put you nice new dress on, as well as your fancy new underwear.  It will make you feel sexy and you’ll feel better.'  'Then what, just work while wearing it?' 'Yeah.'

Warnings had been popping into head the whole time but now alarm bells were going off.  I so desperately wanted to warn them 'Don’t do that! You’re directly admitting a connection between feminine clothing and sexual arousal and using that almost as if you’re self medicating!  No one will take you seriously as a real woman, you’ll just be seen as some fetishist!'"

Her friends did not care, of course. They didn't know about Ray Blanchard.

That does not necessarily make them women. Only a minority of them suffer from gender dysphoria or identify completely with their target sex. But they do have something in common with trans women, which is why they share similar crossdreamer fantasies.

Given that the sex drive is one of the strongest drives of the human psyche it is no wonder that gender variance also expresses itself through sexual fantasies and desires.

Which is why I have found a recent development in the transgender sphere to be very interesting.

Young trans people are getting more open about their sexual feelings. There is less guilt there.

The fact that many are starting to make fun of the autogynephilia theory while at the same time embracing their sexuality, points in the same direction. Here is one wonderful tweet that illustrates this:


The fact is that the autogynephilia theory only makes sense if you think sexual arousal is a male prerogative. The theory did indeed grow out of a traditions were only men are allowed to sexually aggressive. But seriously, this is 2013! Do we really believe that real women are  asexual virgins anymore?

In the next post of this series I will take a look at how the autogynephilia researchers falsify their data in order to be able to stigmatize gynephilic male to female trans people.

This blog post is part of the following series: