There are no Normal People 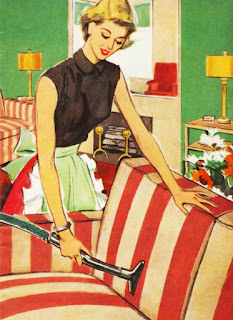 The concept of "normal people" is a threat to all of us, including -- of course -- transgender, non-binary and queer people.

Time for a closer look!

There are no normal people. Seriously!

If you look at any distribution of human traits, abilities, interests, looks or mannerisms you will probably never find one person that is the average of them all, and if you do, that person is so rare that he or she is abnormal.

The median line in this figure has no width in reality. It is purely a theoretical construct, useful for statistics and research but with no counterpart out in the real world.


"But hey, Jack, wait a minute!" you might say. "All of us consider 'normal' to be a broader area than that. Normalcy is rather something like this section of the bell curve."

Sure, but that is also a theoretical construct. In statistics normalcy may be defined as the area between +1 and -1 (the number is not important here, but it equals the marked area in the figure above), equalling 68 percent of a sample.

Used to measure people, that would make 68% of us normal.

Men are taller than women, right?  Well, no, not really. My wife and I have visited Asian countries a few times, and Sally can look down at the local men most of the time. This is all relative, really.

As Augustin Fuentes points out in an article over at Psychology Today: If you actually go out and select thousands of individual people at random and just look at their heights in the absence of any other data, you are going to be able to accurately determine their sex by their height alone only about 30 percent of the time.

Normal means what my tribe thinks is right

But again, we are talking about statistics here, not what the people around us consider normal. Since the distribution of traits, abilities, behaviors and what not will vary between groups, cultures, countries and historical epochs, statistics cannot be used to define what is normal in the popular sense of the word: What is right and righteous.

And why should only 68 percent be considered "normal", and not 69 percent or 35 percent? The number seems pretty arbitrary to me.

Moreover, there is a lot of behavior within that section of the bell curve that is considered bad, not limited to cheating and lying. So being "normal" is not about statistical averages, even if the "normalites"  and the traditionalists would like you to thinks so. 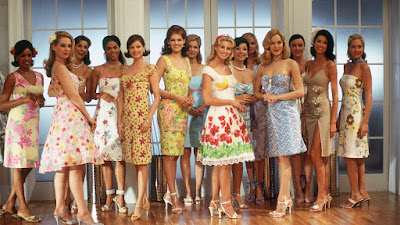 As soon as people start talking about "normal" in this way, you realize that they are not referring to the real world, but an imaginary world, the world as it should be, normally defined by a pretty narrow understanding of what their parents have told them, or their friends.

Normal is basically what your own tribe think is safe and predictable. It is a word people use to police and control others.

Transgender people have to be suppressed, because their very existence threaten the local tribe's view of "normal".

The laws of nature

A similar word is "natural", which refers to some God given (or Nature given) law that governs the universe.

"Gay sex is unnatural." means that gay men are violating the laws of nature. That's why they are "abnormal".

Indeed, just recently a Kenyan official argued that the same-sex activity observed among local lions was caused by them imitating gay men. He argued that the lions should be separated and given counceling.

The truth is, of course, that there is a lot of same-sex activity among animals. Gay love is  natural, as is gender variance, but being "normal" is not really about nature, but about people's need to control a far too big world. The chaos scares them so they redefine normal to make themselves believe that the world can be tamed.

Normal is also relative. People are in general much more flexible as regards diversity when it comes to members of their own tribe, as compared to others. A masculine straight woman is normally accepted. "She is the one with the trousers in that family, he, he..."

But if a woman from another tribe displays masculinity, it is a sign of some kind of abnormal sickness. A masculine lesbian woman is a threat, and therefore abnormal.

A woman must work twice as hard as a man to get ahead in a male dominated world. A Muslim terrorist is a terrorist because he is a Muslim, proving that all Muslims are abnormal. A white Christian male terrorist is insane, confirming the truth that normal white people are never terrorists.

Note also how the real innovators of the world -- the great artists, the brilliant scientists and the good leaders of the world -- live out there on the long tail of the curve. They are not normal, so they have to be redefined as "super-normal" or the very best of the "normalites".

You cannot win, can you?

The increasing acceptance of gay marriage is the end result of increased visibility of gay and lesbian people. If you know gay people, you are much less likely to think of them as abnormal perverts.

To battle bigotry you have to humanize trans people, and make the "normalites" understand that they are people too.

Email ThisBlogThis!Share to TwitterShare to FacebookShare to Pinterest
Labels: debate