Transphobic propaganda and the myths of desistance and regret

The great majority of transitioning trans people do not regret their decision to live as their true gender. 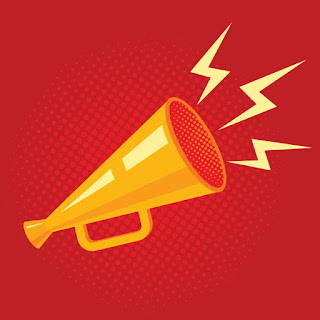 It is interesting to see how transphobic, lesbian,  "radical feminists" (TERFs) use the exact same arguments that were used to invalidate and marginalize lesbians.

The most common one was that homosexuality was an acquired sexual perversion caused by the propaganda of the homosexual movement. If you could protect children from the gay movement, there would not be any lesbians.

This is obviously the same argument that is used today to stop lesbians from adopting children. Lesbian parenting is unnatural, will hurt the children and make them gay and so on and so forth.

The desistance-argument forms the foundation of the TERF argument against the the identity of transgender people. Since so many gender variant people, in the end, do not chose to transition, the TERFs assume that none of them are really of the gender they claim to be.  They have been duped by trans activists.

This is a completely misleading reading of the research available, as it mixes up gender nonconformity with gender identity.

Variation in gender expression is used as a way of exploring both identity and sexuality among straight, gay and queer people. You will find “butch”, “femme” and “androgynous” people among all of them.

The majority of these people are not gender dysphoric. They do not experience a severe misalignment between their gender identity and their assigned gender, or between mind and body. They simply express masculinity, femininity or any other aspect of cultural gender in a way that feels right for them.

Unfortunately the previous edition of the American Psychatric Manual (version IV) had a too wide definition of what was then called a “gender identity disorder”, including people who were not gender dysphoric. This has been fixed in the current edition, but some researchers have used the old diagnoses.

Brynn Tannehill has written a good summary of the debacle here. She writes:

“For starters, the most cited study (Steensma) which alleges a 84 percent desistance rate, did not actually differentiate between children with consistent, persistent and insistent gender dysphoria, kids who socially transitioned, and kids who just acted more masculine or feminine than their birth sex and culture allowed for. In other words, it treated gender non-conformance the same as gender dysphoria. Worse, the study could not locate 45.3 percent of the children for follow up, and made the assumption that all of them were desisters.”

When Dr. Steensma went back in 2013 and looked at the intensity of dysphoria these children felt, it turned out that it was actually a very good indicator of which children would transition.

The medical establishment has actually caught up with the new understanding of transgender identities, as reflected in the DSM-5 and the new WHO health manual, the ICD-11. They both accept gender dysphoria or gender incongruence as  real phenomena. Experiencing another gender than the one assigned by birth is not considered a mental illness, and the categories do justify medical intervention and support.

In other words: If we stick to the distinction between the larger set (gender nonconformity) and the smaller set (gender dysphoria), the TERF argument falls apart.

That being said, this new binary (gender nonconforming vs. gender dysphporic) causes new problem, as it may be read to mean that there is a clear boundary between the two sets. There is not.

Some find that neither of the two genders fit their experienced identity. They are non-binary.

That being said: The idea that there is a large number of regretters out there that proves that transitioning is wrong is complete nonsense.

The research indicates that no more than some one to two  precent of those who transition, regret their choice. A recent Dutch study found that only 0.6% of trans women and 0.3% of trans men experienced regret.

In any case, the very existence of people who decide to detransition – for whatever reason – cannot be used to invalidate the reality of the gender identity of trans people.