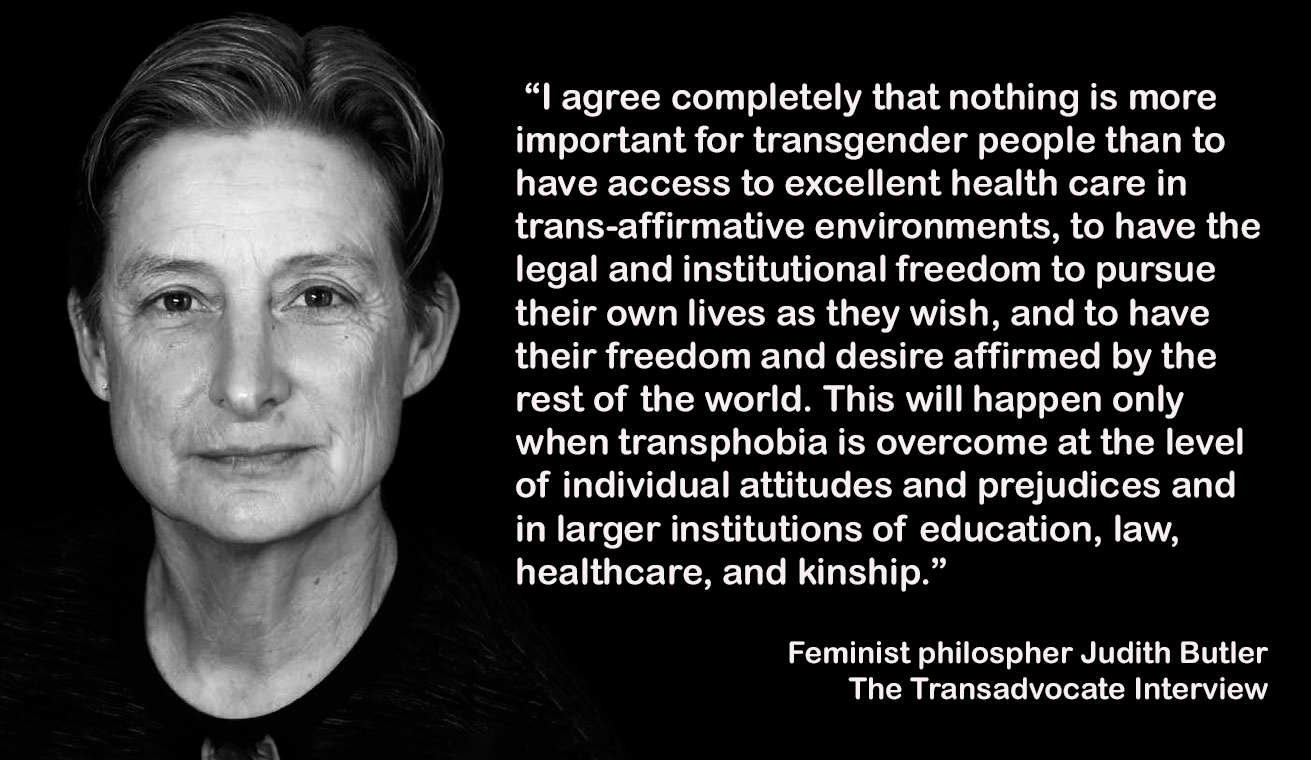 Judith Butler presents a strong defense of transgender and nonbinary people in a new interview with The New Statesman.
I have developed a deep respect for Judith Butler, feminist philosopher and gender theory developer.

I do not agree with her in everything. I do believe, for instance, that her strong focus on "gender as a peformance" makes it harder to discuss the biological side of  the complex interplay between genes, epigenetics, hormones, mind, culture and society that shapes a gender identity.

But here observations about how language, narratives and power leads to the oppression of women (and people in general) are very helpful. She is a hard read, though, which is why the interviews we have are so useful.

I am not sure Alona Ferber of the New Statesman really knew what she was letting herself into when she approached Butler for an interview. The recent British debate on feminism, gender and transgender lives has been colored by the vicious attacks of "trans-exclusionary radical feminists" (TERFs), and the way Ferber asks her questions it may look like she thinks J.K. Rowling and the TERFs represent mainstream feminism.

Butler, however, will hear nothing of it. She clearly and systematically describes a feminism that is inclusive of transgender women and where the TERFs are seen as allies of Trump and the transphobic extreme right.

This means a lot, because Butler is one of the most respected and influential gender philosophers in our time. When she says that the "gender critical" TERFs have misunderstood the basis of feminism, it is much harder to dismiss the arguments made against them.

Not that there is anything new in what she says. Trans activists have made the same arguments for years. But she presents them in a "I need to bookmark this" manner.

I have published a summary of the interview over at Trans Express that gives you the most important highlights of Judith Butler's understanding of feminism and the role of transgender women.

By the way: The quote in the image above is for an interview Judith Butler made with the Trans Advocate back in 2014. Her dislike of TERFs have been known for a while. I guess Ferber did not read it.