Another Way of Understanding The Diversity of Transgender Lives 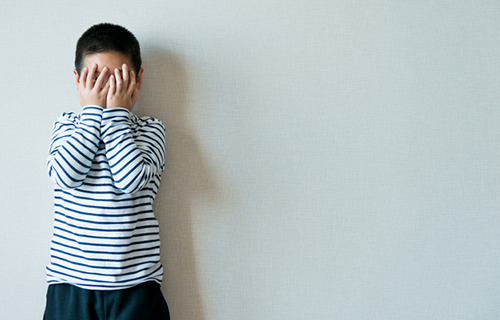 Koloa presents a model for MTF transgender people that helps us understand how personality traits may explain why trans people take different paths on their trans journeys.

One of the most important lessons I have learned when writing about trans and queer issues, is to make sure that we distinguish clearly between between the terms and the model you use to understand the world on the one hand, and reality on the other.

As most well informed philosophers will tell you: We do not have direct access to "reality in itself". All we have access to is our own interpretation of our world. So when we see patterns in the world around us, we should always ask ourself: Is this pattern only a mirage produced by my own mind? Is it simply a reflection of my personal prejudices? Are there other models and terms that may explain what I see in a better way?

Since this is a blog covering transgender and queer issues, an obvious example of how badly this can end, is the way the two type typology of transgender women has been used to invalidate them.

Many researchers have noticed that trans women who come out and transition late are more likely to be gynephilic (being attracted to women) than those who come out as trans at an early age. This has, until quite recently, been quite true on an aggregate level.

In one sense it makes sense to sort trans women into these two groups: "late onset" versus "early onset". It is also interesting to discuss why MTF trans people belonging to one group is more likely to be attracted to women than the other.

But you cannot jump to the conclusion that since these categories are useful in the debate on transgender lives, there is no overlap between the two. Nor does this classification tell us what causes the differences between them (as if, for instance,  late onset gender dysphoria was caused by a gynephilic sexual orientation). If you do that, you have turned the two categories into distinct "things out there". They are not.

Most experts in the field now believe that both sexual orientation and gender identity are end products of a systemic interaction between an insane number of variables: genetic, epigenetic, hormonal, personal, social and cultural, and that the creation of people's preferences and personalities therefore leads to a diversity that can best be understood as continuums or spectrums, not simplistic binaries where what you see is caused by one and only one factor.

This is why I prefer models and typologies that leaves room for variation and diversities.

Over at Crossdream Life Koloa has presented an alternative model for understanding the diversity of transgender identities and life choices. As all models, it cannot capture the fullness of gender variance, but I think it is a much more useful approach than most of the typologies I have seen so far.

It is, like the old two type model, addressing the lives of male to female transgender people mainly. I am sure it can be used to understand some of the differences we see between early and late onset trans men, as well. I will have to come back to them in a later post.

Note that Koloa is not out to explain what causes "transness", as in transgender or nonbinary identities, or understood as "gender incongruence" or "gender dysphoria".  Koloa is interested in patterns that may explain how this "transness" plays out differently in transgender lives.

For Koloa it is not the sexual orientation of the trans person that determines the classification. It is, rather. the personality of the person that is important. Their psyche can be analyzed using a two dimensional map with two axes: One for social adaptability and one for risk tolerance.

In this model the drive towards realizing a transgender nature is the same in all, but the personalities of  different transgender people lead them down different paths. To give one example: If you are shy and introvert, you are more likely to become a "people pleaser," trying to live up to the gender role assigned to you. If you are a flamboyant extrovert with a higher threshold for "not giving a damn," you are more likely to insist on people respecting your real gender identity at an early age.

This is an approach that we also find in a paper by Dr. Jaimie Veale and Dr. Terri C. Lomax.  They write that:

We believe that an introverted child is likely to have less confidence to express this gender-variant identity, and it is also possible that children with greater impulse control, agreeableness, or conformity are more likely to cognitively avoid their gender variance.

(See my post On why some trans people do not come out until after puberty.)

Here's a figure I made on the basis of the one presented by Koloa over at CDL:

Koloa presents the four quadrants of this space in the following way:

Quadrant I: Trans Individuals with higher risk tolerance, yet low adaptability manifest dysphoria at a younger age, fail to adapt to their assigned gender, yet feel more free to transition before mid-life if not in their teens and early 20’s because they are socially risk tolerant.

Quadrant II: Trans individuals with high social risk tolerance and high adaptability are the most visible and carefree in their gender variance. Examples are Drag performers or gender rebels like Eddie Izzard and Conchita Wurst.

Quadrant III: Trans individuals with high adaptability yet low social risk tolerance find they can live long successful lives as their assigned gender and often never transition at all.  They avoid expressing variance due to a low social risk intolerance. And if they do transition it is usually mid-life or later after a process that enhances their social risk tolerance. Many MtF in quadrant III are gynophillic which might contribute to adaptability to their assigned gender.

Quadrant IV: Trans individuals with both low social risk tolerance and low adaptability experience the worst situation because they cannot find any comfort in their assigned gender. The inability to adapt and the fear of the social and material consequences gives them a life bereft of expression putting their mental health and very lives at risk. Individuals in this quadrant simply endure until they experience a mental collapse that leads to treatment, or loss of life. This crisis can come at any age.

For me it makes sense to understand this as a model for barriers against coming out and transitioning. If "transness" is the same in all trans persons, then the differences in behavior and choices can be seen as the effect of barriers that stop that person from coming out. These two barriers are, as Kola see them:

1. Risk aversion, as in the fear of social exclusion.

2. Social adaptability, as in the desire or ability to live up to social expectations.

Seen from this perspective the two dimensions of Koloa's model are aspect of the same thing: The drive towards social conformity versus the drive towards expressing your individuality – your true self.

As noted above I see models like these as tools for further exploration and understanding. They do not present "reality in itself" in all its facets and colors.

Koloa has made some deliberate, but  fair choices in order to create a two dimensional model that is fairly easy to understand. In order to achieve this simplicity they have had to ignore some dimensions that are relevant to the choices made on the transgender journey.

I will mention three of them here:

Transness" is not the same for all. If we use a term like "gender dysphoria" instead, it becomes clear that "transness" may vary in intensity. It is easier to live as your assigned gender if your gender dysphoria is weak.

Other personality traits may affect your choices as well. This applies, for instance, to gender expression and the femininity/masculinity scale. It may be easier to come out as a trans girl if you like to express femininity. A very feminine trans girl will find it easier to live up to the gender stereotypes compared to a transgender tomboy cannot. Such a girl are more likely to to get at least some of the affirmation she needs, especially if she lives in a social and cultural environment where people thin traditional gender roles are important.

The model does not discuss variations in the local culture. A shy trans kid can be seen and helped by open minded and knowledgeable parents, teachers and health service providers. In spite of the recent transphobic backlash, we see much more tolerance for gender variance and transgender identities now than for only 10 years ago. There is also more relevant information easily available. In other words: Your personality traits do not in the same way as before determine your  transgender journey.

This does not mean that the model is not helpful. It is helpful precisely because it reduces the number of variables to something we are able to handle. Then we can go on to discuss other factors of relevance to the transgender journey.

Koloa's model can be helpful for gender variant people who are trying to understand their own journey through life.

It can also be of help to therapists, as it can help them understand the roles of personal psychology and social pressure in a better way.