Autogynephilia as something normal

I have spent quite some time discussing the autogynephilia theory as it has been developed by people like Blanchard and Lawrence.

In short they believe men fantasizing about having a woman's body are displaying a kind of disorder, where their sexual energy is misplaced. Instead of loving a real woman, they love the idea of themselves as a woman. 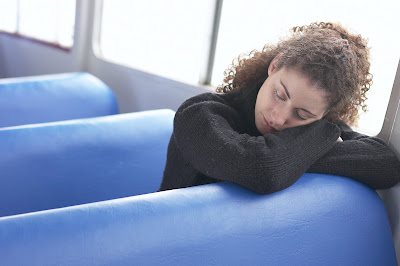 Their writings present it all as something extraordinary. Since Blanchard's study was based on responses from clients visiting his clinic looking for sex reassignment surgery, he never looked into the possibility that this may be a rather common fantasy, shared even by people who cannot be called transsexuals (and who do not seek sex reassignment).

When your read the discussions on forums for transgender fantasies like Rachel's Haven and Feeling Femme Sanctuary the discussants range from transwomen who have transitioned, to men but who feel well at ease with their male identity and would not like to become women. They still fantasize about what it would feel like.

These are people who have found the forums, signed up and takes part in the discussion. But it is a fair guess that there must be a very large number that have never gotten that far. How many, we don't know, but I guess it is much larger than the specialists believe.

The British-Australian psychoterapist Tracie O'Keefe has a very interesting discussion of 10 cases from her own practice, all men and women who reports that they have fantasies of having the body of the opposite sex, autogynephilia for the men and autoandrophilia for the women.

"For some of those people the experience gave them great pleasure, for some it was confusing and for others it is even disturbing; but what is clear is that each case is bound up with the person's own individual psychodynamics. Those psychodynamics are undoubtedly, as with every person, the results of the person as a whole self and should not be viewed purely in isolation."

Most of her respondents did not experience "gender dysphoria" (i.e. a gender identity disorder, where they feel that they are the wrong sex). Instead they used the fantasies to enrich their sex lives or to handle other psychological pressures.

She tells about the married couple Robert and Clair where the autogynephilia and autoandrophilia "seemed to be a dance of role reversal and power brokerage that in some ways stabilised a relationship where both partners could be very dynamic and forceful personalities."

Then there is the man that has heavy responsibilities in his job, and that uses autogynephiliac fantasies to get a respite:

"In men fulfilling such subservient roles through autogynephilia it may mean giving up total control and being almost natal once again, having someone else make their decisions for them."

She makes some very good observations about how many in the Western tradition tend to sort sexual fantasies into "sinful" or "accepted" in the religious sphere or "pathological" or "healthy" in the medical arena.

"Blanchard's study was based on a strictly bipolar male/female paradigm to examine and explain human experience. To see the human condition and behaviour as only heterosexual, homosexual bisexual or asexual is unenlightened. People are sexual and clusters of sexual stimuli can be triggered by all manner of fantasies that would not be pathological except for narrow monocultural interpretations. In the case of Canada, to a large extent, it would have included a Judeo/Christian element that historically saw only heterosexual males as healthy men."

But what do we know about people's fantasies and sexual desires, really?

An autogynephiliac may think that other people are "normal", dreaming of having normal sex in the missionary position (after the required bonding through foreplay, of course). His girlfriend may actually be dreaming about being taken roughly from behind up against the wall. Not that she would like all sex to be like that, but her sexuality is probably not as "pure" as some would like us to believe.

It would help if we could stop looking at sexual desires and fantasies as "sins" or "perversions", and instead look at them as what they really are: variations of the strange and fantastic world of human sexuality.

Sin is about hate and hurting other people, not about gender roles.

Do read O'Keefe's paper: Autogynephilia and Autoandrophilia in
Non-Sex and Gender Dysphoric Persons!

See also: What the sexual fantasies of non-transgender people tells us about the dreams of those who are trans