Autogynephilia on a Napkin Part 1 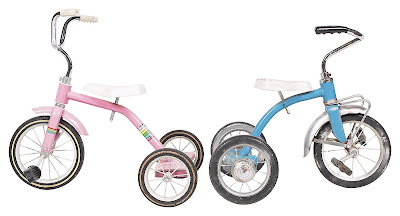 Those of you have read my previous articles on autogynephilia and the autogynephilia controversy may have become more confused than ever regarding what this is about.

And those of you that feel that this term fits you may be living under the impression that you are (1) women trapped in men's bodies, (2) confused heterosexual men, (3) perverts or (4) all of the above.

Now, in this blog post it will all be made clear through some drawings I made on a paper napkin in a restaurant here in Oslo. (I had beef. I am an autogynephiliac, after all, and eat manly food ;-)
All right, here we go:

In these figures the Venus and Mars signs denotes gender (i.e. the gender identity of a person, whether he or she considers him or herself male or female, or -- in the cases where the theorists do not accept the gender concept -- their "true" sexual identity). The square denotes a male body with male sex organs, the circle a female body.

Since this is a blog for and about autogynephiliacs, I focus on transgendered native men in this post.

[Note of September 2010: I am no longer using the term "autogynephiliac" to describe men who harbor feminization dreams. Instead I call them male to female crossdreamers.]

In this first figure we see the classical image of gender relationships: There are manly men and feminine women who get attracted to each other, make love, have kids and a family, a Volvo, a divorce etc. etc.

During the previous century it became increasingly clear that this image did not fit everyone. The medical authorities, at least in some countries, came to accept that there are in fact, in some cases, same-sex attraction.

Because of this the tale above was extended to include homosexuals:

Basically this is the story about manly men being attracted to manly men.

Finally, during the last century, there was also a growing realization that there was a third category, namely people who believe they have the wrong body. There are natural XY men who argue that they felt like XX women inside. Their gender identity seems to be female, while their biological sex is male. This is the "woman trapped in a man's body" theory.

This gave way for sex reassignment treatment and surgery, which helps harmonize the gender with the sex, like this:

What all these theories have in common is that they agree that there ought to be a match between gender and sex, between the mind and the body.

The problem of homosexuality

The most radical of these expansions of the traditional view of gender and sex is actually not the transsexual narrative, but the homosexual one.

Now, I know that this is a cliche, but we are talking about how people think about gays here, not necessarily what gay men really do.

(It is interesting to note that the old Greeks, in Athens in the fifth century B.C., did not consider themselves homosexual, even if most of the free men had sex with young boys. As long as they took the active part, they were men enough, they reckoned. It was only prepubescent boys, women and slaves that could take the submissive role. If you go to Greece, Turkey and the Balkans today you will still find men arguing that a man penetrating a man is not gay.)

Anyway, some scientists doing research on sex find this narrative disturbing. This applies to some of the so-called essentialist, researchers who believe that gender should have a biological foundation only. The evolutionary concepts must focus on the traditional male/female narrative, they argue, because that is the only model that naturally produces kids, and off-spring is necessary of the transmission of genes.

It is not that these researchers necessarily are homophobic. Most of them are not. It is just that from their evolutionary point of view homosexuality must be an deviation, an exception to the general rule.

If you read Michael Bailey's controversial book, The Man Who Would be Queen, it is clear that he suspects that homosexuals are not "manly men".


They are men that for some reason has acquired feminine traits, including the submissive role. He admits that he has no proof for this, which is fair, but he finds that many gay men tell tales about feminine behavior in childhood, even if they are not particularly feminine as adults. In Bailey's case feminine behavior is defined by traditional Western customs: no rough and tumble play, less aggressiveness than in the case of men etc.


In his book he has an amazing list over feminine traits. Here are some examples:

Blanchard, Bailey & Co. now use this belief as a starting point for their alternative theory of transsexualism.


Heterosexual men are not attracted to feminine men, so these homosexuals transform themselves into women to get access to the real thing.

In the traditional narrative, male to female transsexuals are actually female; in this theory they are not. They are feminine homosexual men. After surgery they become homosexual men in a woman's body!

(This is all very confusing to me. Why on earth Blanchard cannot accept that these "men" have a gender identity disorder -- meaning that they have a real female persona -- is hard to grasp. After all, being a feminine man is to have strong feminine traits, so many of them in fact that they manage to pass as women. But there you go...)

Continues in part 2, to be published tomorrow.