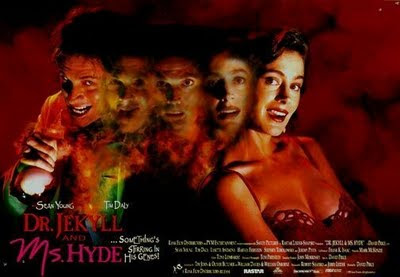 The controversial part is the idea that "autogynephiliacs" (male bodied persons who get aroused by the idea of being women) are driven by sexual desire.

This man is not only a "freak" in the eyes of others. He is truly a dysfunctional person. Scientific words like dysphoria and paraphilia cannot hide this message. Unless you think this kind of self-obsession is a good thing the verdict is devastating.

Lawrence's solution to this problem is (in some places, but not in others) to define "autogynephilia" as a sexual orientation in itself (on par with heterosexuality, I suppose).

She defends the rights of "autogynephiliacs" to have sexual reassignment surgery on this basis. She doesn't say as much, but I guess the underlying message is that since "autogynephilia" is a natural phenomenon the male to female crossdreamers should be allowed to live out their obsession.

What this means is that MTF trangender men having undergone the transformations are not women at all. They are at best a category in themselves, or they remain men in spite of their appearances. There is no "feminine essence" that makes them women; they represent an evolutionary blind alley.


Now, compare this narrative to the one that is gaining acceptance in modern societies: A male to female transsexual is really a woman, truly a woman, a normal woman living "inside" her male body.

There is no denying that something is different in the lives of male to female trans women compared to the ones of non-transgender women. There has after all, been a misalignment between her physical sex and her inner gender identity.  Her life experience is different. But she is not a freak. What's needed is a gender confirmation therapy that gives her the body she should have had all along.

Is it possible to reconcile the concept of "autogynephilia" with a narrative we can live with, or do people like me just have to accept that we are perverts?