Discussing transgender and transsexual issues is a risky sport. 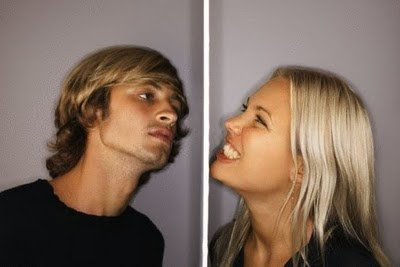 I am worried. The debate on transgender and transsexual issues is poisonous, full of hateful accusations and counter-accusations made by people who all seem traumatized by social exclusion and a lack of acceptance.

This also affects the borderline between autogynephiliacs (AGPs) and "classic transsexuals" (CTs). Many classic transsexuals complain that AGPs have invaded their territory, turning their case into something it is not. They also argue that they have been attacked by AGPs, verbally and worse. That might actually be the case. I have also found sites with CTs attacking CTs in the most vicious way. We are all the worse for it.

This can happen very fast. Malaysia is a heterogeneous democracy dominated by Muslims. There has always been some conflict between the Muslim Malays, the Buddhist Chinese and the Hindu Indians, but mostly they manage to get along.

But it says a lot about the vulnerability of this balance that one single word can lead to violence. The Catholic Church in Malaysia started to use the word Allah for God. Now Muslims are attacking churches, offended by this "insensitive" use of the word. The fact is that Christians in Arab countries has used the word like this for centuries, and the Prophet himself argued that Christians, Jews and Muslims prayed to the same God. But now someone is using this case as a way of inflaming tensions and getting their message across.

This is a blog about autogynephilia. The main purpose is to help autogynephiliacs, but it should also be of interest to others who struggle with transgender and transsexual issues. Moreover, other types of gender identity issues are of relevance to autogynephiliacs. Sometimes I have to cover M2F transwomen.

Jack walks into a "mind-field"

Note the phrasing of the previous paragraphs: "transgender and transsexual issues". The draft of this blog post used the word "transgender issues". Having read quite a few books on the subject, and a lot of online material, I truly believed that the word "transgender" was understood an umbrella term for various types of gender dysphoria (see, for instance, the Wikipedia or the book The Transgender Phenomenon, which includes an historical review of the use of the term.). The fact is that it is used this way by a lot of specialists, transsexuals and activists. There is even a scholarly International Journal of Transgenderism

I therefore used the term in a headline categorizing miscellaneous links on my new resource page, adding blogs and sites that contained information and view points I believed was relevant to the transgender/transsexual debate.

Boom! The whole thing blew up in my face. How could I be so insensitive! How could I possibly link to sites that had nothing to do with autogynephilia and transgender issues? This was an insult!

Some wanted to contact my ISP/Blogger to get them take down the whole blog. In a few days my interpretation of a term had turned into ugly online violence.

I must admit I was more than a little confused at first. I have always argued that there is a difference between autogynephiliacs and classical transsexuals. Unlike Blanchard and his followers I truly believe classic transsexuals are what they say they are: complete women and not gay men, mentally ill, freaks or whatever derogatory term you might come up with.

I have said as much. I added the links out of interest and respect, but that single word -- "transgendered" -- made these blog owners conclude that I accused them of being perverts.

Why? Well, probably because the term was originally coined by Virginia Charles Prince, a famous (notorious?) crossdresser. She did not use it as an umbrella term. It could also be that it is used by "social constructivists" that argue that gender is a social construct, without any biological basis. The fact that I put links to their blogs under a headline that indicated any sort of association with autogynephilia was enough.

I am must admit that I am more than a little annoyed that my blog and my condition is so toxic that a mere link from my site is considered an affront. I had some sleepless nights. Still, I can live with that. I am a grown man. I have been through worse. The main problem is that these kind of reactions threaten the ability of me and others to have an open discussion on transgender and transsexual issues.

Most autogynephiliacs do not know the ins and outs of transsexual politics, the nuances of every term, what's considered offensive in groups we are not a member of (and who wouldn't have us as a member in the first place).

Still, we need to be able to talk, to discuss, even if we should be mistaken and even prejudiced. It is through an open and patient discourse that we grow and gain a better understanding of ourselves and others, and it is through discussions like that we manage to correct stereotypes and unnecessary conflicts.

I am a seasoned researcher. Academics can be beasts, as well. I am used to it. But there are a lot of autogynephiliacs out there that do not have my experience. They are young, depressed, and vulnerable. They are trying to get out of their shells, but they are scared, and one hateful attack can be enough. They run back into their caves, never to come out again. We can't have that.

But there is also another possibly outcome. It may be worse. I must admit that I was seriously hurt and pissed off when my blog was attacked. My instincts told me to lash out, attack, kill! These people threatened to take down my blog and destroy all the work I had put into it. They insulted me, calling me a pervert. Why shouldn't I hate them the way they hated me?

I could have done that. But the fact is that it would have made this much, much worse. Besides, even if their behavior is problematic -- to say the least -- the reason for their aggression is that they are probably even more traumatized than I am. And I believe them when they say that they live under siege, possibly even from autogynephiliacs.

OK, I stepped into their back yard by linking to them. They didn't seek me out. If I had let them in peace, they would not have bothered. I have learned my lesson. I will be very careful linking to such sites in the future, believe me! (Which is bad, because they deserve to be heard.)

There are, however, some transsexual activists who look for a fight, searching the Web for any mention of autogynephilia. They see it as their task to seek out heretics and get them to shut up.

In my next post I will present one such case: the Mr. A controversy.

I have underlined the word "some", as most transsexuals seem to handle the existence of autogynephiliacs pretty well. Actually, most of them focus on living their lives as normal women, and do not get involved in transsexual politics at all.

Furthermore, I have had several very helpful emails and comments on this blog from "classic transsexuals" and I definitely welcome more.

Postscript: What type of transsexual?

Note that I used the term "classic transsexuals" above. I did so over at YouTube and got the following reply:

"Your use of the terms 'classical transsexual' is outdated and used an archaic structure that has been abandoned since the 1980s."

Which proves that I am a charlatan that knows nothing about these issues and that I better shut up.

So, in order to clarify: I use the word "classic transsexual" to denote a subset of transpeople who feel that they are trapped in the body of the wrong sex. For instance: their biological sex is male; their gender identity is female.

The term "androphilic transsexual" has also been used, but I am not sure that there is a one to one relationship between sexual orientation and transgender subtype. In other words: I do not think that all gynephilic transwomen (M2F transsexuals who are attracted to women) are autogynephiliacs.

Blanchard and Bailey call them "homosexual transsexual men", but that makes no sense in my opinion. In my book they are women, not men. If they are androphilic (attracted to males), that means that they are heterosexual, not homosexual.

I could, of course, drop the word "classic" and talk about transsexual women or transwomen only. The fact is, however, that many of the post-op transsexual women living in the world today started out as autogynephiliacs. This means that the word "transsexual"often is used to describe all of those that have undergone sex reassignment surgery, regardless of the reason they had for doing so. I am not going to be the one that tells those women that they are not real women.

So until someone gives me a better term, I will continue to talk about classic and classical transsexuals, and hope that it is understood that it is used out of respect and not in a derogatory way.