Looking for a new name for the blog 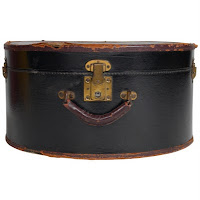 Those of you who have read my posts on the DSM-V, will understand that I am getting to the point where the word "autogynephilia" has become too difficult to use in the title of the blog.
Up till now I have called it "Confessions of an Autogynephiliac".
As I have noted before I recognize that "autogynephiliacs" exist (i.e. men who get aroused by the idea of becoming women). This blog is, after all, for them.
The fact that Ray Blanchard made this term helped me gain a better understanding of myself, and I am grateful for that. Hopefully my use of the term has also helped others.
The problem is, however, that the term carry a lot of baggage I would like to leave behind.
So I need a new name for my blog. Do you have any suggestions? It should preferably be a name that tells my visitors what the blog is about.
Posted by Jack Molay

Email ThisBlogThis!Share to TwitterShare to FacebookShare to Pinterest
Labels: Jack