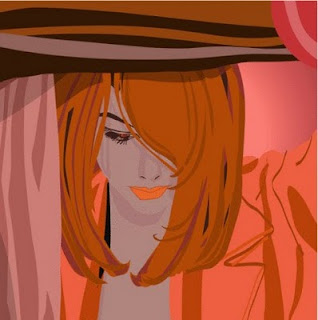 "I found your blog after I googled the word autogynephilac to find the correct spelling before I placed the word in my blog. I am one of the only dominatrices who to my knowledge has had a long term fascination in understanding how autogynephilia affects her crossdressing clients . I have also made a few comments about the phenomena in my most recent post. I would value your comments and insight Jack/Jackie. I will look forward to your response here there or anywhere."

This is a blog that boldly goes where even angels fear to thread, so here is my response:

Although there is no one to one relationship between crossdreaming (getting turned on by feminization fantasies, ref. autogynephilia) and the desire of sexual submission, there are clearly quite a few crossdreamers who fantasize about submitting to a strong willed woman.

The idea of sissyfication, men being forcefully turned into women and made to submit to sex, is a recurrent theme in transgender erotica.

Some researchers have argued that the fact that many autogynephiliacs harbor what they consider a masochistic kind of "paraphilia", proves that crossdreaming or autogynephilia is nothing but a perversion as well.

I doubt that this argument holds water. There are other explanations that make much more sense to me.

The crossdreamer has a strong "feminine" side. He may not thrive in the traditional aggressive and assertive male role. This role goes against his inner nature.

He strongly believes, however, that society expects him to be a tough, assertive, sport loving and beer drinking womanizer, and he does his best to fulfill that role. He overcompensates. Indeed, many crossdreamers appear in public life as successful alpha males having leading positions in companies and organisations.

Underneath that alpha male facade lives an "inner woman" who hates the whole game. The better he succeeds male wise, the more she suffers. This gives him a deep sense of insecurity.

He has no way of expressing his feminine side in his role as a citizen, husband, father or lover. This frustration leads to a build up of both emotional and sexual energies that seek another outlet, and that outlet is normally secret feminization fantasies and/or cross-dressing.

In this setting he can put aside his mask of masculinity, and let go. In this space he does not have to perform, succeed or live up to the expectations of him being an alpha male. In this room he can forget himself, which gives him a huge emotional relief.

I do not think that this is about pain. But it is about humiliation. He feels, after all, a tremendous amount of guilt for having this feminine side, a guilt that is reinforced by the fact that he has to keep it secret from his friends and family.

In this role playing he is "punished" for his "sins" at the same time as he can give in to his longings. The punishment also gives emotional relief: In this fantasy he is forced into becoming a sissy. The game portrays him as a victim, not as a guilty perpetrator.

I do not think this is a paradox at all. Again: this is a fantasy, not real life, and in fantasies we simplify the complexity of life to get a grip on what is happening to us. In this fantasy the crossdreamer tries to leave room for one part of the complex human psyche that he believes is out of bounds for a "real man": the submissive, passive or reactive side.

This does not mean that he believes that all women are like this in real life, or that women ought to behave like this.

Secondly: The crossdreamer may have grown up with strong and dominant women near him (mothers, siters, aunts, grannies and nannies), women who have reinforced his fear of femininity in men. It is amazing to see how many women despise what they perceive as weakness in men. This especially applies to some of the strong willed women out there. The gender stereotypes are upheld by women, just as much as by men.

This also applies to transfans or transsensuals, i.e. men who seek out pre-op M2F transwomen for domination games. They desire a woman who can make them feel like a woman. Hence: the common idea that the crossdreamer is a closeted gay man is wrong, as he feels no attraction to the male body.

I must admit I have often wondered what would have happened if our cultures were more accepting towards men being emotional, nurturing, reactive, sensual and all the other traits we attribute to women.

I am amazed to see how male chauvinists, many radical feminists and the Pope seem to agree that there is one feminine essence that men do not take part in, in spite of the fact that all men and women clearly display different mixes of male and female traits. There are emotional and artistic men and there are assertive and politically powerful women, but we are led to believe that there exists a kind of blueprint for the perfect manly man that men should try to live up to.

That being said, I suspect that crossdreamers are as much caught up in their own prejudices as the culture surrounding them. In other words: they might find that their friends and girl friends may be more tolerant towards their feminine side than they imagine. When that happens, and they find other outlets for their feminine side, their desire for sissyfication and forced submission may subside.