DSM-V: What about autogynephilia? 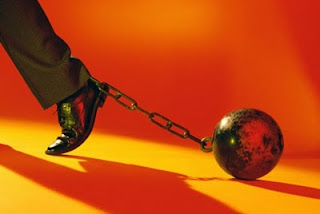 Some of you have asked me what I think about the proposal for DSM-V, the the fifth edition of the US Diagnostic and Statistical Manual of Mental Disorders (DSM-5) , which is to be published in 2013.
What this manual says about transsexuals and trangendered people matter a lot, both as regards the common understanding of such phenomena and to what extent Americans can get insurance companies to pay for treatments.
The good news is that there is a new gender incongruence category that leaves room for both classical transsexuals as well as other transgendered people. The bad new is that the category for transvestic fetishism remains.
A wide view of gender identity
The description of gender identity disorders has become more tolerant of gender variation. In fact, the proposal no longer talks about a gender identity disorder, but gender incongruence.
The argument is that this is a descriptive term that better reflects the core of the problem: an incongruence between, on the one hand, what identity one experiences and/or expresses and, on the other hand, how one is expected to live based on one’s assigned gender. The term is considered less stigmatizing than gender identity disorder.
This is what it says:

Gender Incongruence (in Adolescents or Adults)

A. A marked incongruence between one’s experienced/expressed gender and assigned gender, of at least 6 months duration, as manifested by 2* or more of the following indicators:

3. a strong desire for the primary and/or secondary sex characteristics of the other gender

4. a strong desire to be of the other gender (or some alternative gender different from one’s assigned gender)

5. a strong desire to be treated as the other gender (or some alternative gender different from one’s assigned gender)

6. a strong conviction that one has the typical feelings and reactions of the other gender (or some alternative gender different from one’s assigned gender)

The transsexual dimension
The revision has been taken as a confirmation of the binary view of sex and gender, meaning that this definition fits "classical transsexuals" (women trapped in men's bodies) only.It does fit the lives of M2f classical transwomen well. Their experience of being born with a body of the wrong sex is accepted, and it seems to me these formulations will help them gain respect as women. That is a good thing.
The transgender dimension
According to the "Rationale", the text also allows for a "transgender" interpretation, opening up for a wide variety of gender identities. Paragraph 5 clearly points to "alternative gender" as well as "the other gender."
This is what the comment says:
"Furthermore, in the DSM-IV, [the present edition] gender identity and gender role were described as a dichotomy (either male or female) rather than a multi-category concept or spectrum (Bockting, 2008; Bornstein, 1994; Ekins & King, 2006; Lev, 2007; Røn, 2002). The current formulation makes more explicit that a conceptualization of GI acknowledging the wide variation of conditions will make it less likely that only one type of treatment is connected to the diagnosis. Taking the above regarding the avoidance of male-female dichotomies into account, in the new formulation, the focus is on the discrepancy between experienced/expressed gender (which can be either male, female, in-between or otherwise) and assigned gender (in most societies male or female) rather than cross-gender identification and same-gender aversion (Cohen-Kettenis & Pfäfflin, 2009)."
There is nothing in the definition of gender incongruence that says that transwomen who have experienced AGP erotic arousal or who have been crossdressing should not be included. But there is a catch.
Transvestic disorder
The manual does keep the additonal transvestic fetishist category, although under a new name. The category is now called "Transvestic Disorder".
This is what the proposal says about crossdressing and autogynephilia:

A. Over a period of at least six months, in a male, recurrent and intense sexual fantasies, sexual urges, or sexual behaviors involving cross‑dressing.

B. The fantasies, sexual urges, or behaviors cause clinically significant distress or impairment in social, occupational, or other important areas of functioning.

With Fetishism (Sexually Aroused by Fabrics, Materials, or Garments)