Cosmo: The sex life of crossdreamers 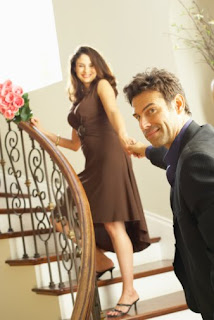 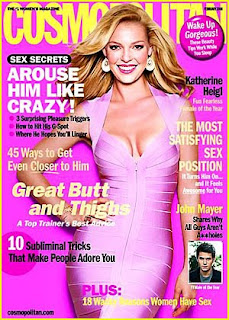 8 ways of making a crossdreaming sex life work
1. Make sure he understands your needs and desires. Some crossexuals have never spoken to anyone about their desires and have become pretty self-obsessed. This is an interesting paradox: In spite of the fact that he has a strong inner woman, he may lack the skills needed to interpret the dreams of a woman. Make sure that he understand that your "inner woman" is as important as his. Most crossdreamers can take the active role when having sex -- he owes you much more than that!
2. All right, so he is willing to please you. What can you do to please him? Take the active role! He will love you to be on top! He may fantasizing about you being the one inside him and not the other way round, but who cares as long as you get turned on together?
3. Talk dirty to his inner girl! That will shock him and delight her.
4. If he is a crossdresser, allow him to wear some lingerie. Borrow him some of yours if it fits. But if it makes you very uncomfortable, don't. Your needs are as important as his!
5. His inner woman may desire penetration. A finger up his anus may drive her wild. You will find that his ecstasy will turn you on as well. But demand proper hygiene!
6. If you are of the daring type, try out a strap-on. Pegging gives you full control and allows for his submission.
7. Most men, including many crossdreamers, do not fully get the bonding part of sex, i.e. that sex is just the natural culmination of friendship and love. Some crossdressers do, however. They would very much like to have a pajamas party for two with you doing girly things together -- like painting your toe nails and talk feelings. If you can live with him dressing up, that can work well. Again, tell him when you need him to be your man and not your girl friend!
8. Some crossdreamers would also like to make some body modifications. Shaving body hairs and electrolysis fit well into the crossdressing category. If you can live with his crossdressing, this should not be much of a burden. If he wants to take hormones, however, you need to have a looooong talk, and seek some counselling. Some wives can live with their man growing breasts. But he may also become non-functional as a man. Know also that if he wants to try out hormones there is a very good chance that he is a transwoman.
The ups and downs of a normal relationship
The relationships between a male crossdreamer and a woman are not that different from "regular" relationships. Or maybe there are no "regular" relationships. Given human diversity, they are all unique exercises in making love grow, and love requires patience, understanding, perseverance as well as a the kind of self-confidence and strong will that protects you from being exploited.
Crossdreamers may be traumatized from their struggle with their dreams and desires, especially if they have never felt acceptance for their secrets. That trauma may be healed by love, but it may also require professional help.
Go to My Husband is an Autogynephiliac for the story of Susanne and William, and their way of integrating crossdreaming into their love life.
If you have found ways of integrating crossdreaming  in your love life, please share it in a comment!
Posted by Jack Molay