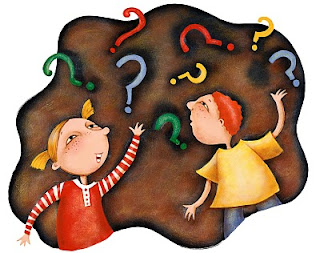 This is a blog about identity and understanding. Men and women who get turned on by the idea of being the other sex, often struggle with what it all means and how they can cope with it.

Do not hesitate to publish your story in a comment or you can send it to me (jack.molay@gmail.com) and I will put it up in a separate post. Maybe others will recognize their own lives in what you write, and maybe you will get some useful comments.
Here is one such story, from "ilas".

Two accidents and a crossdreamer

"I have come to realize that certain childhood experiences of mine may have influenced my sexual development and therefore my gender identity (I am theorizing under the assumption that it is not inherent to my biology to begin with).

I never really knew what to make of all these feelings until I found out about the AGP theory. It seemed to fit so nicely…but after a lot more study into the subject I am starting to wonder if it really is. Fortunately the AGP [autogynephilia, another term for crossdreaming, or -- in the case for biological men: having feminization fantasies] “umbrella” is pretty big and it keeps growing. This gives me plenty of hope of someday “fitting in somewhere”. This apparently is important to me.

So I would like to pose some questions to you all.

Please keep in mind that everything I have written here are just random thoughts and realizations that I just put down. I am not really good at writing and I don’t really know how to make a coherent story of it.…so bear with me please!

Also, I sometimes may get a bit graphic, it is not my intention to offend anyone, but it is necessary for me to tell the whole story. Ok…here goes…

You see, there are two instances in my childhood where something happened to my genitalia. The first was when I was about 4 (?) or so and I saw my brother (who is 5 years older than me) pull back the foreskin of his penis in the bathroom. Of course, as a little brother I wanted to do everything my big brother did, so pulled back my foreskin as well. Mine however wouldn’t go back again. I had to go to the hospital and doctors fiddled around with it.

As the doctors could not fix it easily, they wanted to put me under a general anaesthesia the next day to fix the problem. So I had to stay the night in the hospital. My underpants were chafing my acorn so they cut a hole in my underpants to let my penis hang out. Leaving me exposed all night. The next day I was put under a general anaesthesia and the Doctors fixed it.

The second instant was when I was around 7 or 8 (?). I was climbing a big metal slide in the playground and I was standing on a horizontal metal pipe in the middle of the construction which was about 3 meters above the ground. When the school bell rang all the other children jumped of the slide which made the whole thing vibrate. I slipped and each of my feet went down a different side of the metal pipe. You get the picture…suffice to say it hurt…badly. I passed out and woke up in the class room.

First my scrotum was black then blue and after that yellow. This lasted for several weeks. I can’t really remember any pain though (suppression?). My brother called me “blue-balls” for several weeks too (ouch).
Not liking ones genitalia

All in all both instances were pretty traumatizing (I guess?). I never really thought of it before, but I am wondering if these two instances may have been the catalyst for me not really liking my genitalia, because of the pain and humiliation they caused me, and therefore not liking my gender? Setting me on a path that made me put a lot of focus on my genitals and on girls (who seemed to have it better). Making me actively and consciously play with my genitals at a very young age (8 or 9)?
Erotica

Or is that not true? Who knows...I certainly don't.

Also…could the first accident (being so exposed and having my genitalia touched by several strangers) be the cause of me being sexually submissive?
I guess am just very curious about what anyone else would make of this. Your responses are very much appreciated.
In addition, below you can see the comment I made on another blog about AGP (http://crossdreamjourn.blogspot.com/2010/08/its-in-cards.html?zx=aa9eed7c454a557)

Gynephilic
I am not attracted to men, either as a man or a woman. I do want to have sex with them though. In fact I have. As a man I have had sex with another man, but not because I was attracted to him, but because I "needed" to have sex with a man (probably to make me feel like a woman).
Now I suppose I am not gay (because I am not attracted to men) and I am not Bi-Sexual either (again...because I am not attracted to men), but I can physically have sex with a man whilst fantasizing about being a woman.
Oh man...how confusing this all is :-)
I don't cross dress either. I have tried it once but it’s just not for me. I do however like talking/being with girls better than with guys. In fact I am better at it and I feel more comfortable around them too.
I can also relate to girls better than to boys (I just don't have that much to say to men).I don't think this is because of gender insecurity though, because I don't feel less (or better) or subordinate or whatever to men in general. I just like being around girls better.
On the other hand...I also like it when gay men look at me with an interest. In fact I do my best to look good whenever I see one. It makes me feel pretty and wanted. I am still not attracted to them though. Having said that...if I didn't have a girlfriend already and the guy looks good I would probably dive in the sack with him though.
Who I am
Oh...I don't know any more...I cannot seem to make sense of it all.I think the best way to describe me is:
1. A sexually submissive heterosexual man with such a large feminine side that it confuses him, and a very well developed imagination which tries to make sense of it all.
2. A man that is apparently bi-sexual in his fantasy life which "makes" him tend to do bi-sexual things in his real life (which complicates the hell out of it).
3. A man who would have rather been a girl because they just seem to have all the fun (in his opinion), i.e. nicer clothes, nicer bodies, more sexual power, make up, nicer shoes, nicer hair, and better yet the female genitalia (which just seem to be so much more fun to play with), but doesn’t feel like there is a girl trapped a man's body (kind of).
Yeah...that about sums it up. Pfff...I guess the quest for self identification continues!
Again, your responses are very much appreciated.
With kind regards, ilas.
(Click on "comments" below to make a comment!)
Posted by Jack Molay