The loving wife of a crossdresser 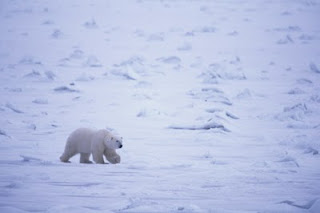 It is possible to find love as a crossdreamer!

In my previous post, Psychology Today covers autogynephilia, I presented the case of a married couple where the wife had tried to accommodate the needs of her crossdreaming husband, but where it was also clear that she did not really accept what he was:


"I want him to be sexually satisfied, but his fetish disgusts me. I'm a straight woman and I want to have sex with a man who is acting like a man. What do I do? "

It is the fear of responses like this that makes many -- if not most crossdressers and crossdreamers -- keep their inner woman a secret. You do not want the love of your life to feel disgust when she (or he) is with you.

Ironically, this is also the real cause for why many therapists as well as crossdreamers themselves end up believing the myth that M2F crossdreamers are "autogynephile" (in love with themselves as women) or self-obsessed narcissists.

The fact that they try so hard to accommodate their spouses tells me that they are the exact opposite of narcissists. They love their women and their kids dearly, and are willing to sacrifice their own well being to keep them around.

The fact is, however, that the sexual drive will not be denied. The reason the Roman Catholic church is unable to stop celibate monks and priest from crossing the line is simply this: they are all sexual beings and sex is a natural part of life. You may live a life without sex, but the price you pay is -- unless you are asexual -- intense suffering.

What we have learned from more than 100 years of psychodynamic studies since Freud onwards is that repressed libido will seek alternative channels and new outlets if it cannot express itself through regular pair relationships.

The crossdreamers have a sexuality that is outside the norm of what is expected of men (being active, penetrative). They often (but not always) prefer the receiving role, which in our culture is limited to women and -- at best -- effeminate homosexual men. They therefore keep their dreams to themselves and establish a secret life where they can live out their fantasies (in the form of crossdressing, reading or writing transgender erotica, or -- in some cases - living it out with a dominant woman or man).

The reason Blanchard and his lot seem to have "proof" of crossdreamers being self-absorbed "autogynephiliacs" is this: Quite a few crossdreamers give up approaching women altogether, as it find it impossible to imagine that a woman will be willing to accept their sexuality. They live alone, focusing on their solitary crossdressing and feminization fantasies, giving the researcher a story that fits well with the idea of them being narcissists.

Maybe a few of them are. There are narcissists in all parts of society. For most of them, however, their self absorption is simply the sign of a deep loneliness and unhappiness caused by something else entirely: It is cause by a culture and a society that does not have a language for what they are.

This is why I am glad to say that it is not impossible for crossdreamers to find love and the acceptance of another person for whom they are. It is not easy, and I am afraid crossdreamers have to be willing to put up with more disappointments and more embarrassing humiliation than most when looking for love, but it is possible.


Here's an interesting take on M2F crossdressing and the love of a wife:

Peggy Rudd has written a book about her experience as a crossdresser's wife called My Husband Wears My Clothes: Crossdressing from the Perspective of a Wife

Here is another clip about Peggy and Melanie:


PS: Someone has asked me why I spend so much time on debunking Ray Blanchard and his followers in this blog. After all, Blanchard is the one that made the suffering of crossdreamers visible. Well, one important reason is that Blanchard, through his old fashioned view of gender roles reaffirms the cultural stereotypes that make the lives of crossdreamers a living hell.

Because of this he cannot see the most obvious and simple answer: there are also "feminine" gynephilic men (M2F crossdreamers) and "masculine" androphilic women (F2M crossdreamers). He therefore lables the M2F crossdreamers as perverted heterosexual men, and ignores the female to male crossdreamers completely. In this way he strengthens the stale historical norms that forces the variety of life into the small and constricting boxes developed by scared old men.

See also: How I found out my husband is a woman inside and what happened next
On Sally's blog: My Boyfriend Came Out as a Transgender Woman, and We’re Happier than Ever
Posted by Jack Molay