On grammar, paraphilia and the DSM-5 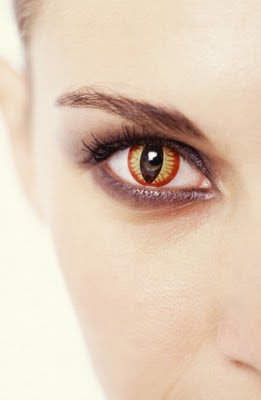 Sloppy language and loose use of terminology cause a lot of confusion in the transgender debate. This especially applies to the idea that many (if not all) transgender conditions are mental illnesses or perversions.
In this post I take a look at Andrew Hinterliter's discussion of the paraphilia term.
Cause and effect
In the debate on transgender conditions there is a mix up of observed behavior and what causes this behavior (correlation vs. causation).
To give the crossdreamer example:
If a man gets turned on by imagening himself having a woman's body, this is what he is. His very being is defined by being an "autogynephiliac" (a man in love with himself as a woman).
Moreover, the condition is caused by "autogynephilia". It is, according to Blanchard, an intrinsic part of his nature. It is innate.
The alternative would be to look at crossdreaming as an effect of another underlying condition.
To give an obvous example: Let us say that some male bodied persons are biologically wired for a "female" sexual instinct. This instict, which due to the surrounding culture is suppressed and cannot find an expression in everyday life, finds its outlet through feminization fantasies.
The observed "facts" are the same, but the story used to explain them is completely different. In the first the man is a pervert, in the other -- maybe -- a sexually frustrated woman or a person living outside existing gender norms.
Another example: "Autogynephiliacs" are considered self-obsessed narcissist unable to connect in normal love relationships. They are narcissists. (This isn't true, by the way, but this is what some of the experts say).
The alternative would be to look for an explanation for such behaviour outside the observed phenomenon itself:
Some crossdreamers may appear to be self-obsessed because (1) their lack of emotional and sexual fulfillment is traumatic and extremely frustrating and (2) they have found that it is hard to integrate their own sexual needs in a traditional heterosexual relationship or they have been rejected because of them.
In other words: They are afraid of yet another rejection and have given up love alltogether.
They are not pathological narcissists, lacking the ability to connect per se. They have just come to the conclusion that their "handicap" is too severe, and that there will be noone there that could love them. (I am convinced they are wrong about this, but it is not an irrational assumption).
Again: The context changes everything.
Normal
The second fallacy is the tendency of interpreting "normal" as what the majority of people is doing. Hence abnormal is what a minority of people is doing.
A 19th century example would be the argument that since women have never been great scientists or political leaders they must in fact be biologically incapable of becoming so. (Queen Elisabeth I and Victoria would be ignored or explained away as as abnormal exeptions to the rule).
At that time you could also argue that women do not masturbate. Women who do masturbate must therefore be sexually deviant. This argument was commonly heard among doctors and scientists all the way up to the 1970's.
The alternative use of the word "normal" -- if we stick to biology -- would be "that which appears as a result of natural diverisity". According to this understanding homosexuality would be natural, even if a minority of the population understand themselves as being gay.
Understanding perversions
These distinctions are extremely important, because if you label someone as a pervert or a paraphiliac, you have -- in effect -- denied them their dignity and their humanity.
However, some people have a strong need to sort people into the clean and the unclean, the normal and the abnormal. We have seen this since the time the priests and the prophets of the Old Testament wrote their laws and regulation. They took great pleasure in telling the people what was kosher and what was unacceptable in the eyes of the Lord.
Andrew Hinderliter and Ray Blanchard
Andrew Hinderliter has published an interesting paper called "Defining Paraphilia: Do not disregard grammar" published in the Journal of Sex and Marital Therapy.

" This suggests that fantasizing about someone as nonconsenting is far too common to be regarded as paraphilic—a point recognized by DSMIII (American Psychiatric Association, 1980): “[I]magery of sexual coercion [is] sexually exciting for many men; [it is] only paraphilic when [it] becomes necessary for sexual excitement”.
Anyone who has read Blanchard knows that his main focus is, actually, on sexual fantasies. But the definition proposed in the DSM-5 does not refer to fantasies.
Transvestic Fetishism
The various editions of the DMS have struggled with how to understand crossdressers and crossdreamers. One idea seems to be there throughout most of its development, though: If the motivation for crossdressing or sex change is sexual, it is a perversion. If the motivation is not sexual arousal, it is not paraphilic.
Personally I find this extremely confusing, as it is based on a view of sexual identity (or "gender identity") as being asexual. That is: If a man dreams of becoming a woman and gets turned on by it, he is a pervert, but if he does not find it arousing, he is not.
The problem with this argument is that it presupposes that a truly gender incongruent tranwoman cannot get horny imagening herself as a woman. But given that she is a sexual being, how can she not imagine herself as a woman when fantasizing about having sex?
It seems to me that this part of the history of psychiatry is based on a very old fashioned view of proper feminine sexuality.
Crossdressers who stop being paraphilic
Earlier versions of the DSM recognized the fact that some crossdressers would lose the arousal part of their fantasies later in life.
The DSM-III-R said that “in some people sexual arousal by clothing tends to disappear, although the cross-dressing continues as an antidote to anxiety. In such cases the diagnosis should be changed to Gender Identity Disorder of Adolescence or Adulthood, Nontranssexual Type [GIDAANT]”.
This means that these M2F transgender persons were moved out the paraphilia category.
To understand the motivation for the change from DSM-III to DSM-III-R regarding men who continue to crossdress after it ceases to be sexually arousing, Hinderliter asked F. Berlin, a member of the DSM-III-R paraphilias subcommittee.
According to Berlin, this change was made because gender identity is about feelings of being a man or woman, not what someone ﬁnds sexually arousing. Paraphilias, on the other hand, are about what is erotically arousing to someone. Thus, if the arousal ceases and is not part of the motivation for the behavior, it is no longer a paraphilia.
Blanchard found this absurd, arguing that a man could not outgrow the diagnosis of transvestism in later life simply by failing to experience (or attend to) sexual excitement when he crossdresses.
Hinderliter:
"Blanchard proposed 'deal[ing] with [the issue of ‘post-erotic transvestites’] in the text rather than in the diagnostic criteria' with the interpretation 'that patients who have been clearly ascertained as transvestic retain that label whether or not they report that cross-dressing continues to be accompanied by penile erection or subjective feelings identiﬁable as sexual excitement' (p. 368).
"As with the proposed deﬁnition of paraphilia, Blanchard suggested including a deﬁnition in DSM-5 that is intended to be interpreted in a way directly contrary to what it actually says."
Again the intended meaning of the definition is different from what the definition actually says.
"There are three alternatives to this self-contradiction," Hinderliter argues: "Remove transvestic fetishism from the DSM, change the deﬁnition of paraphilia, or make it clear that if sexual arousal ceases to be the motivation for cross-dressing, the individual no longer has this paraphilia."
How to integrate sexual arousal
The best solution by far is to remove crossdreaming from the manual altogether.
Option three is not optimal. You see, Blanchard has a point. It is absurd to believe that sexual arousal is not part of a gender dysphoria, just because it goes away with age.
Blanchard's "solution" to this problem is to say that all non-homosexual (i.e. non-androphilic) M2F transgender are "autogynephilic" and paraphilic, regardless of whether they report feminization fantasies or not. They are lying or they have turned their erotic interest into some kind of alternative sexuality.
This means that any transwoman who do not report sexual attraction to men, must be labelled paraphilic.
The reason the androphilic transwomen are exempt from this general rule, is that Blanchard consider them homosexual men, and homosexuality is no longer a paraphilia. If a "homosexual man" (i.e. a androphilic transwoman) undergoes sex reassignment surgery, it is not caused by a perversion. If a "heterosexual man" (i.e. a gynephilic transwoman) does so, it is.
I doubt very much that all of Blanchard's colleagues understand this, or accept the premise that transwomen cannot be lesbians, but this is what the DSM implies now. You have to be attracted to men to be accepted as truly "gender incongruent".
What Hinderliter fails to point out is that it probably is the definition's very lack of precision, that makes it possible for Blanchard to get his own understanding of the transgender condition accepted.
An much more logical step would be to include sexual arousal as one of many effects of gender incongruence and not use it to define a paraphilia.
Andrew C. Hinderliter: Department of Linguistics, University of Illinois, Urbana, Illinois, USA
"Defining Paraphilia in DSM-5: Do Not Disregard Grammar"
Journal of Sex & Marital Therapy
Online publication date: 07 January 2011
You can get a copy of the paper by writing to andrewc.hinderliter@gmail.com. Hinderliter has promised that he will send you a copy.
See also:
DSM-V: What about autogynephilia?
Andrew C. Hinderliter: Defining Paraphilia: Excluding Exclusion
Posted by Jack Molay