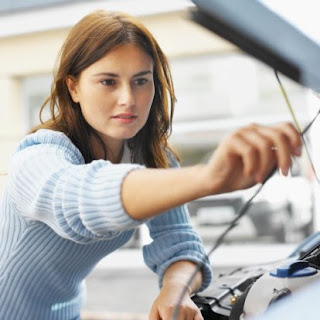 In the German study only two out of the twelwe trans women included said they were attracted to men.

This leaves us with a puzzle: How would a group of androphilic, man-loving, trans women react to such a test. Would they show brain patterns more like men rather than like women?

I remind you that Ray Blanchard, the man behind the autogynephilia-theory, believes androphilic trans women are feminine gay men, and that it is their sexual orientation towards men that makes them feminine. Gynephilic men is therefore per definition masculine.

Given a study where “normal” heterosexual ciswomen are compared with heterosexual (i.e. androphilic) male to female trans women, the trans women should display the same pattern as the ciswomen.

The German study was dominated by gynephilic trans women and I have no way of getting separate results for the two androphilic trans women included. It would not make much of a difference anyway, as a sample of two is too small.

It turns out we have such a study. It is so fresh that it has not been formally published yet.

The study is called “The microstructure of white matter in male to female transsexuals before cross-sex hormonal treatment. A DTI study” and it comes from Spain and Catalonia.

The DTI brain scan was performed in 18 male to female (MTF)transsexuals and 19 male and 19 female controls. All contols were heterosexual, and in this case the researchers had also selected androphilic trans women only. Their average age was 25 years.

“For study inclusion, transsexual subjects needed to self-identify as an MtF transsexual, deny any history of hormonal treatment and declare their intention of undergoing cross-sex hormonal therapy.”

Never mind! In this case the selection suits our purpose.

This makes it less suitable for a study of transgender sexuality. It also makes it  harder to determine if any differences found are inborn or the result of upbringing and social conditioning. The brain is, after all, very plastic, and changes according to use.

If I understand this correctly the Spaniards are looking at brain areas that are believe to reflect sex differences in cognition, including spatial abilities and verbal ﬂuency.

This is how they summarize their objective:

“Diffusion tensor imaging (DTI) has been shown to be sensitive in detecting white matter differences between sexes...The purpose of this paper is to investigate whether white matter patterns in male to female (MtF) transsexuals before commencing cross-sex hormone treatment are also more similar to those of their biological sex or whether they are more similar to those of their gender identity.”

In some areas the trans women had similar global volumes to male controls and these volumes differed signiﬁcantly from those of the females. In other areas the MtF transsexuals fell between those of male and female controls.

This is how they summarize their results (don't worry about the latin terms; the context will be explained):

“...MtF transsexuals differed from both male and female controls bilaterally in the superior longitudinal fasciculus, the right anterior cingulum, the right forceps minor, and the right corticospinal tract.”

“Except for the inferior frontooccipital fasciculus, the FA values of MtF transsexuals for all the fasciculi were signiﬁcantly different from those male and female controls.”

“...Our results show that the white matter microstructure pattern in untreated MtF transsexuals falls halfway between the pattern of male and female controls. The nature of these differences suggests that some fasciculi do not complete the masculinization process in MtF transsexuals during brain development.”


The researchers believe the subjects have become transsexual because their natural "masculinization" was hindered, most likely in the womb.

Crossdreamers are feminine, androphilic trans women are not?

I must admit I find this more than a little amusing, and I am sure Anne Lawrence and the rest of the Blanchard supporters will spend days trying to pick these studies apart, explaining that the Spanish trans women were really autogynephilic or whatever.

We have to take all of this with a truck load of salt. These studies are very interesting interventions in an ongoing debate on the nature of transgenderism, but the methodological and theoretical challenges are mind blowing.

Besides, you always have to take the cultural bias of the researchers into consideration, and that bias not only decides the research question, but it also colors the interpretation of results. Note for instance how the Germans excluded “non-autogynephiliacs” and the Spaniards excluded gynephilic trans women, without explaining why they did so.

As regards the interpretation of this study, the following should be kept in mind:

The brain is plastic, and changes with learning. Spain is in many ways a liberal society, and shows greater tolerance towards same-sex relationships and transsexuals than most. Still, this is the heartland of Catholicism, and the genders often  remain  segregated. This means that a trans woman growing up as a boy is more likely to have been encouraged to engage in male typical activities. The intermediate position between male and female may therefore reflect the struggle between a female mind and a male upbringing, rather than an incomplete masculinization of the brain during pregnancy.

The idea that women are more likely to develop good language skills and men better spatial skills for genetic reasons has not been proved. It might be that current tests show such a difference between men and women on an aggregate level, but most -- if not all -- of these differences can be explained as an effect of upbringing. (See Rebecca M. Jordan-Young: Brain Storm)

It was not that long ago women were considered unfit for the priesthood, engineering, soldiering, politics, medicine and everything not touchy feely. In my country women are everywhere. And even if there is some biological slant in one or the other direction, the diversity within the two sexes makes it hard to use these dimensions as a measuring rod for true femininity, especially with such small samples. In that respect the German study is more realistic, as it can be interpreted to be pointing more directly to a pre-cultural biological basis: i.e. sexual instincts.

I would expect to find similar results if you mapped the brains of gynephilic trans women using this methodology.

The female to male study

The Spanish researchers have done a similar study of female to male transsexuals. In the study the transmen were much more closer to the XY men than the male to female trans women were to XX women in the study presented in this post.


Again this could be explained by cultural factors. It is less stigmatizing for a woman to take up "masculine" interests than for a man to take up "feminine" interest. To give one example: We readily accept women doctors, but find it harder not to question a male nurse.  It is therefore easier for a woman bodied person to develop  "male" brain patterns, than for a male bodied person to develop "female" ones.

According to the New Scientist, Antonie Guillamon, lead scientist of the Spanish study, thinks such scans may not help in all cases. "Research has shown that white matter matures during the first 20 to 30 years of life," he says. "People may experience early or late onset of transsexuality and we don't know what causes this difference."